How To Create The Team Culture That Won Olympic Gold 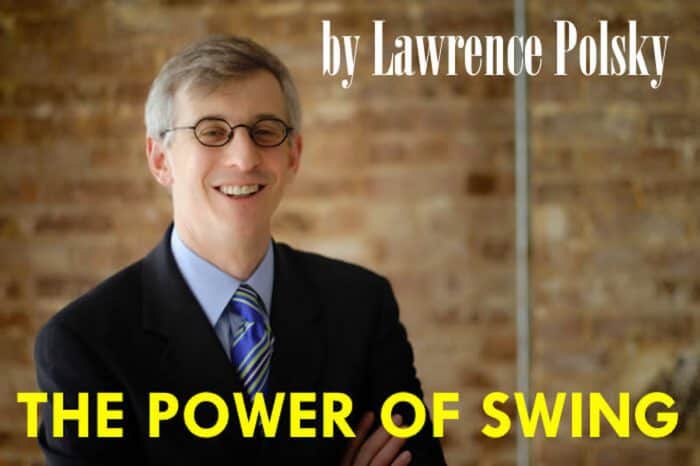 Everyone wants to be on a team that has a special feeling, an electric energy. They want to be united as they pursue the same important goal. Every day, to feel the pride of being part of a group of wonderful people making an impact.

I call this team feeling, this team energy “swing.” It is a concept originating from competitive rowing. It’s the moment when all the members of the team fall perfectly in sync and their collective power explodes to create speed and united direction.

Swing is what allows teams to transcend the limitations of individuals in the creation of something no one else has, can, or ever will. It’s not just talented people hitting their numbers; it’s a team doing something with an exponent over it. Improvement that is measured in orders of magnitude.

The best-selling book The Boys in the Boat, about the underdog US Crew Team that went on to astonish Hitler and the world by winning the 1936 Olympic Gold in Germany, describes “swing” this way:

“There is a thing that sometimes happens in rowing that is hard to achieve and hard to define. Many crews, even winning crews, never really find it….. It’s called “swing.” It only happens when all eight oarsmen are rowing in such perfect unison that no single action by any one is out of synch with those of all the others….. Only then will the boat continue to run, unchecked, fluidly and gracefully between the pulls of the oars. Only then will it feel as if the boat is part of each of them, moving as if on its own. Only then does pain give way to exultation. Rowing then becomes a kind of perfect language. Poetry, that’s what a good swing feels like.”

Yet at workplaces around the world, leaders settle for much less than swing. People talk about engagement and happiness, but is liking your boss and your benefits good enough?

What about making sure employees are doing everything they can to achieve swing – near perfect synchronicity – that will collectively win gold in your industry?

Does your team have the swing to bring the gold of efficiency, effectiveness, or aiding in creating a competitive advantage?

The Boys in the Boat is a compelling historical story about the underdog crew team in Washington State, made up of poor sons of farmers during the Depression (the antithesis of what people think of when they think of the “Ivy League” crew team). Against all odds, they qualify to be the US Olympic Crew Team. Then, after their world record qualifying time, they are put at a major disadvantage in the worst lane, fighting wind gusts and waves. How did they overcome all these obstacles and achieve gold? Through years developing and cultivating swing.

The story teaches us that swing, and team success is not something that just happens by magic. Here are several tenets of how to create swing in your team so that you can overcome the challenges ahead and be the best.

Are you and your teammates willing to put in the hard work it takes to be the best?

The study, learning, preparation, and hours of mastering your work discipline? If not, forget swing. Forget being the best. Whether at Facebook, Pfizer, NASA, or any other company I have worked with, the best teams work harder and smarter than the rest. They put in extra time learning and extra time working to become the best.

Google’s strategy is also to leverage their unique pool of talent: they call them “smart creatives”. By giving them plenty of room to explore and innovate on their own without having the Hippos (highest paid person’s opinions) get in the way. Facebook uses a very similar strategy. Plus, they expect people will fail at least half the time, which creates an environment of experimentation and innovation. Apple’s success was built on the opposite: one top creative genius driving their people relentlessly to success.

What strategy do you need to leverage your team’s talents?

The final pages of The Boys in the Boat tell the tale of the amazing final Olympic race. The “stroke,” the person who sets the stroke timing and who, in essence, sets the speed and is the lynchpin of swing, was sick with walking pneumonia. He could barely walk. The stroke position is so important because everyone must row in perfect harmony. One false move and they fall out of sync with their partners, their oars mishit, the boat loses momentum, and the rhythm is lost. So is the race. The coach knew this and announced a replacement stroke. However, the team said no. The team said “we can’t do it without him. Just strap him in the boat and we will pull him to victory.” That was how strong their commitment to each other was. They were willing to lose with a sick teammate than win without him. He had worked hard to get there and should be in the finals. That is commitment to the team!

This is what you need to achieve swing and your own personal gold. Commitment to be the best plus the commitment to support each other, no matter what it takes to get there.

Lawrence Polskyhttp://teamsofdistinction.com/
Lawrence Polsky is co-founder of Teams of Distinction, a world-renowned firm focused on creating and enhancing organizational cultures, and building teams that collaborate with near perfect synchronicity. He spent 20 years in OD & Learning, teaching thousands of professionals worldwide. His lifelong education in human behavior began at the age of 9 at the kitchen table. With a Master’s in Organization Development, and post-graduate work focusing on the impact of emotions on communication, problem-solving and relationships, Lawrence prides himself on bringing his kitchen table wisdom to boardroom roundtables. He has helped leaders improve results at technical and scientific companies such as Facebook, Pfizer, Dell, Intuit, Bayer, and NASA. You can reach him at lpolsky@teamsofdistinction.com or (609)333-0653.