For professionals, young and old, business networking is a massive opportunity. Meet the right person at a mixer or event, and it can turn into a new job, a key position filled for an employer or a partnership for an exciting new venture. Networking is (and always has been) the one tried-and-true method for moving forward in your career. It’s also something that’s becoming harder and harder to facilitate.

According to Hubspot, 41% of professionals want to network more frequently but say they don’t have enough time. To meet that market need, over the last few years social meetup apps have expanded to the business world, where, instead of swiping right on a potential love match, users can swipe right on people they’d like to connect with professionally.

Several companies, formerly consigned to the dating world, have leveraged what they learned to provide professionals with a slew of similar networking apps. Ripple, from the former CTO of Tinder, debuted earlier this year and promises a user-first environment, free of recruiters and salespeople. From the entrepreneur who created French dating site Attractive World, came Shapr in late 2016 (in a quiet re-launch) to take advantage of matching potential networkers with each other. And Bumble Bizz, a business-minded version of dating app Bumble, launched late last year to give women more control in who they connect with and message.

But that approach can create an odd dynamic when you’re swiping right on potential business connections based primarily on the other person’s photo. It also doesn’t facilitate a real connection – think of all the people you’ve connected with on LinkedIn versus the ones you’ve actually met in person and worked with. Despite connecting potential like-minded professionals, none of these apps really help users make actual, useful business connections.

The Old School Approach to Networking

The problem is that unless you’re a member of these groups, you may not know about networking events.

Traditionally, professionals waited for organized networking events to come to them, usually through conferences or local business groups and networking organizations. The problem is that unless you’re a member of these groups, you may not know about networking events. And also, large networking events can be an awkward situation to navigate – especially if you’re at an event with hundreds of attendees. How do you find people with compatible interests and industries to connect with? And how can you make sure that you’re getting the most out of your networking?

You wouldn’t start a marketing campaign without first understanding what your business objective is, and networking is no different. Professionals can have a wide variety of goals when it comes to networking, including finding new clients and signing new business, finding a new job opportunity, finding new employees, and seeking out a mentorship. Figure out what your objective is, and it’ll be much easier to coordinate your networking activities to make sure they’re productive and successful.

When most people think of networking, they think of large conferences or large networking events with hundreds of people mingling about. But networking can be far more beneficial when it’s a small, curated group of professionals. Small groups help facilitate more in-depth and targeted conversations around key challenges, which can make a networking session much more useful. For instance, the networking app Invitly facilitates these types of small group meetups by connecting professionals within their localized proximity and facilitating small group events, like lunch or happy hour drinks.

More professionals are traveling these days for work. In fact, in 2017 alone US travelers logged 462 million domestic business trips. And business travel can be largely under-utilized when you’re not in meetings or working. That downtime – when you’re grabbing dinner alone on a business trip – is an opportunity ripe for networking. The only problem? Finding other professionals nearby to connect with during these slow periods on the road. That’s another area where networking apps, like Invitly, can really be beneficial since they can allow professionals to create small networking groups and facilitate spontaneous meetups during business trips and conferences.

There are many ways for people to find more opportunities to connect and network with other like-minded professionals. And technology is helping to lead the way in making those connections possible. But these three tips can help professionals find great networking opportunities and make the most of them to build their businesses and their careers. 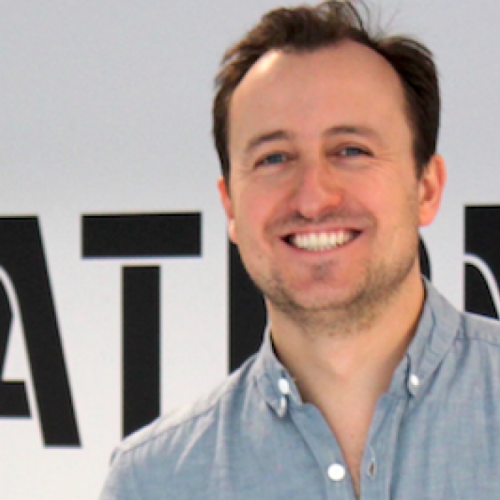 Alexander Bregmanhttps://www.invitly.co/
Alexander co-founded Invitly after having worked eleven years for Google. He started off at Google with Inside Sales for the Dutch and Russian market, then moved to Product Marketing, initiating B2B marketing efforts for Google in Russia with the aim to extensively grow the number of advertisers. From 2011, he joined the Global Product Partnerships team, negotiating and working with strategic partners to launch various Google products (software and hardware) across EMEA, including Google Play Books, Play Newsstand, Google Chromecast, AMP and Google Assistant.