How I Met My Father

I first heard about PK (Paul Kenneth) Hubbard when I was seventeen and pregnant. I was heading into my senior year of high school with a broken heart and a big girl problem. Finding myself pregnant was devastating, but the real kick in the head came when I learned that PK was my biological father and he had just died in a car accident. Growing up I was told that my father was William Carpenter, a soldier who died in the Vietnam war. Husband to Donna and father to Jeff and April. For seventeen years I was April Carpenter so who was I now?

I don’t know why Donna decided to reveal her secret. She could have let it die when he died, but she didn’t. So now here I was, forced to face the truth while dealing with my own reality of an unwanted pregnancy. What a cruel twist. I grew up fast in the spring of 1981 and that’s when I realized I was on my own in this life. No one was coming to rescue me. I didn’t have time for a pity party. I knew I had better get my shit together and figure my life out. My future was up to me.

I walked into Brown-Dawson funeral home in Hamilton, Ohio with my head held high and prayed morning sickness wouldn’t give away my secret. I don’t remember much about that day, but I knew I wasn’t welcome there. His “real” family was grieving and my presence must have been shocking to them. Apparently, I was the only one kept in the dark for seventeen years and when Donna led me through the grieving crowd all eyes were on us. I didn’t care. Their feelings weren’t my priority. I was there to say goodbye, not to say “look at me” or question why no one cared enough to acknowledge that I existed. I wasn’t looking for a new family. I expected nothing from anyone at this point including my spineless boyfriend who was too cowardly to acknowledge our predicament.

I attended PK’s funeral to prove that I wasn’t invisible. I exist.

I was there to face the truth.

I am his flesh and blood and my name is April.

My pudgy fingers resemble his (according to Donna).

I look at the only picture I have of him, a newspaper clipping from his accident, searching his eyes for something familiar. I see nothing. I feel nothing.

I lost three men that summer and the impact was long-lasting. First, I lost the father I thought was mine who died in Vietnam. I could no longer claim him as my father. I wasn’t a Carpenter. Then I lost the biological father who died and left me questioning who I was. I’m sure he contributed something to who I am, but I will never know the parts of me that are like him. And then, I lost the love of my young life who I clung to as a girl, hopeful dreaming of a happily ever after. He was a coward and our love evaporated when I was forced to make a decision on my own about our child. Disappointment formed an armor that shielded my heart for the next forty years.

I flew through my twenties escaping a quick marriage that proved love was disappointing.

After we divorced (I was only twenty-three), I was determined to make my dream come true and spent the next ten years commuting to Miami University, a beautiful college tucked away in Oxford, Ohio. I wish I had been able to join a sorority, go to parties and live the college life, but that was not my path. My hard work paid off and I obtained a Bachelor of Science in Health Promotion and a Master’s degree in Gerontology. Walking the stage to be recognized as a college graduate gave me more pride than I have ever known. It was worth the years of full-time work and commuting winding country roads to get to classes. No one could take this achievement away from me. I had accomplished something huge. I held on to that like a badge of honor and education led the way to my professional success. I was finally on my way.

As I transitioned into my thirties, I was making progress in my life but began to question my lack of patience with relationships. There’s a lot of pressure for women in their thirties. Marriage and babies are the traditional paths and I had neither. I began to question that maybe something was wrong with me. I should try harder, be less picky and give someone a chance. This doubt, this crack in my confidence set the stage for the straw that broke this camel’s back. Enter husband #2 who took ten years of my life and crushed what was left of my heart and my spirit. Our union was the perfect storm of dysfunction. That relationship is a complicated story and the biggest regret of my life. I doubted myself. I ignored my gut and made another mistake that nearly destroyed me. I had to dig really deep to rescue myself. I felt like I was living at the bottom of a deep well with only a small light miles and miles in the distance. I had no strength to go on. I was dead inside.

Oprah Winfrey saved me when I heard her on her daily talk show and she asked “Are you living your best life?” That was the rope I needed to hang on to and I clung to it like a lifeline.

I was living as an imposter and I knew it. I grabbed her words and eventually found the courage to leave. I’m not going to lie, this was a very dark time in my life, and if you know me now, you wouldn’t recognize me then. I didn’t recognize myself. I was forty and this is when my healing began. With a lot of help from Al-Anon (my greatest teacher), a good therapist, cosmopolitans with friends, and a lot of time, I got back on my feet. We cannot control the past but we can transform it by allowing ourselves to heal from it and by accepting love for ourselves and others.

I spent the rest of my forties celebrating my freedom and I played the role like the cast of Sex and the City. I had a job that I loved and I threw myself into work that rewarded me with financial freedom and trips to Paris, Prague, Budapest, and Vienna. I was proud and confident and then I turned fifty. Shit gets real when you turn fifty and you have to start evaluating your life and where it’s headed. Self-reliance had gotten me this far, but I had paid a price. I had spent most of my life alone and I was finally ready to change that. I was certain I was now able to make better choices because I was healthy. I was no longer codependent and my days of rescuing and playing the role of victim were over. It was time to make some grown-up decisions about the kind of man I wanted in my life.

Fortunately, age brings wisdom, and even though it took me fifty years, I healed my own broken heart. I know from experience that you can’t give and receive love if you are broken. You can’t expect someone to love you if you don’t love yourself. You can’t expect someone else to heal the wounds of your childhood or understand your triggers and moods. Only you can do that.  Once I knew that I was ready, love walked into my life. His name is Pablo, and for six years we have built a happy, healthy life. Many of you know and celebrate our love story, but I want you to know that before our beautiful life we both had love tragedies, heartache, and loneliness. I share our story not to brag about how fabulous our life is, but to inspire others.

If you are alone, feel broken, or think you will never find this kind of love, I am proof that it is possible.

I have never written about this, and few people know my story. I’m sharing now because I hope that my story can help other women realize the impact their past has on their future. We all have secrets and shame that shape how we look at the world. We may be victims of our past, but we don’t have to allow those circumstances to victimize us forever. The summer of 1981, I decided that I could not count on anyone and I overcompensated by becoming a highly self-reliant overachiever. I spent fifty years believing that my past made me strong, and it did, but that was just one side of my story. I turned out surprisingly well, but my heart paid the price. Revisiting my past forced me to accept that my trauma became the energy for my life. It fueled and sustained my strength and resilience, but it was also a barrier for trust and love. I attracted exactly what I expected, more men who disappointed me. More failed relationships. More loss. More scars to prove that I was better off alone.

My past scarred me but I am so incredibly grateful that I did not let it destroy my entire life. The best years are ahead of me. Today I can speak of the pain and sit with it, not run from it. I acknowledge it, not mute it with distractions that aren’t healthy for me.

As I revisit my past, the pain becomes acute and tears rise to the surface, interrupting my peace. Nudging at my confidence. I remind myself that it’s ok. I’m ok.

I took responsibility for my life the day I walked into PK’s funeral and I continue to build the way for my own happiness. Now I know that I don’t have to do it alone. I can allow others to walk beside me, hold my hand, and occasionally wipe away my tears. I can do the same for them without carrying their own pain as if it were mine. I can live and let live. 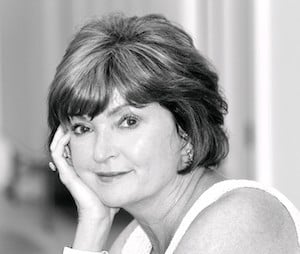 April Ibarrahttps://www.aprilibarra.com/
April is known for her sassy and passionate approach towards aging. As a Gerontologist and aging woman, she is committed to inspiring and motivating others to fight against stereotypes and ageism. Her personal blog, A Piece of my Mind is dedicated to helping women embrace life without apology or fear. She shares her own personal stories about life and resilience and encourages everyone to use their aging journey to live out their dreams and not fade away.