How Environmentally Friendly is Biomass Production?

Biomass production, which is classified as a renewable source of energy, today accounts for 10.5% of the world’s total energy mix. Biomass is a term covering all non-fossil organic material and organic waste, such as forestry and agricultural residues, both from animal and non-animal farming, but also garbage and sewage sludge. With some concerns about biomass production on land replacing food production, this is an exception to the rule. Biomass is usually residue, waste or a by-product. Only biofuel production is known to utilize ethanol from corn: wheat, corn or sugar-beet. (Eurostat 2017; REN21 2017; Victoria State Government 2017; World Energy Council 2016). 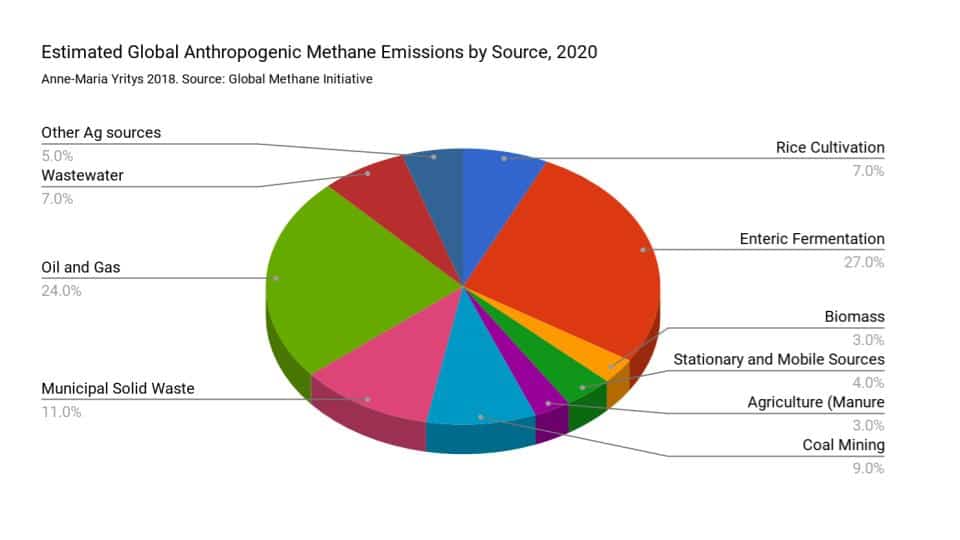 According to the World Energy Council (2016), straw as a residue from food production is an example of biomass. Each year, billions of tons of straw, stalk, and foliage remain unused for biomass production. Instead, these are either allowed to rotten or burned freely, emitting considerable amounts of greenhouse gases into the Earth’s atmosphere. All of this organic waste, when correctly processed, could instead be utilized as a source of bioenergy.

Biomass as a source of energy production is supported by policies in many countries despite ongoing discussion about the sustainability of certain bioenergy sources. This has led to uncertainties in some markets and affected the willingness to invest in bioenergy. Due to these risk factors, the bioenergy sector has adopted a number of standards, Sustainability Criteria for Bioenergy, known as ISO 13065. In 2016, primary energy supply for biomass was around 62.5 exajoules (one EJ = 1018 J; one J per second = one watt). While worldwide energy demand in the past decade alone has grown by 21%, bioenergy demand has within the same time frame, on average, grown by 2.5% annually and persistently held its 10.5% share of the total worldwide energy mix. (ECOS 2017; REN21 2017).

In its Global Futures Report 2017 the REN21 states that while biofuels have most commonly replaced fossil fuels in the transport sector, it is not the only technology available. Electric vehicles are another option, with markets such as Norway pioneering the electric vehicle industry. It is largely a question of national policies and new investments into research and development that determine how well various fossil fuel-replacing options can penetrate into a specific market. A world powered with 100% renewable energy is possible, although current infrastructures limit and slow down the pace of renewables replacing fossil fuels, mainly due to socio-economic impacts. (REN21 2017).

Greenhouse gas mitigation and carbon taxes are the main drivers for developing the bioenergy market, while drastically dropping oil prices in the past few years have both led to advancements and increased risks for the overall bioenergy market. In markets with zero competition from the fossil fuel industry, such as Sweden, bioenergy has gained a significant foothold. Sweden ́s pioneering development within the bioenergy sector has led to the fact that more than one-third of the country’s total energy use comes from bioenergy. Sweden is so efficient with bioenergy usage and recycling that the country has to import waste to meet its energy demand. The country aims at becoming 100% renewable in terms of energy. (World Energy Council 2016).

In comparison to for instance solar energy and wind energy, bioenergy production consumes considerable amounts of water, requires large areas of land and forests, possibly contributing to increased deforestation, unless managed sustainably. Despite risks like deforestation, countries like Sweden and Finland are known to manage their forest resources in a sustainable manner on a global level, following the directives set by the European Union. (EUbioenergy 2017; European Commission/EU 2017; World Energy Council 2016).

Although biomass is being classified as a renewable energy source, it accounts for some  3% (three percent) of total global methane emissions (with methane being a powerful greenhouse gas and anthropogenic methane emissions contributing to the warming of Earth’s climate). According to Vattenfall, which is one of the largest European retailers for electricity and fully owned (100%) by the Swedish state, biomass is at this time the largest single renewable energy source in the European Union.

Biomass and waste currently account for 2/3 (two-thirds) of renewable energy production worldwide, stated by Vattenfall. The state of Sweden has learned how to utilize waste to such an extent that it today is obliged to IMPORT waste in order to keep up with its (biomass) energy production. What a genius idea to turn waste into energy! Of course, the most optimal solution would be not to create any waste at all, but at the current state of the world, many countries are facing problems with for instance recycling, not to mention how these countries manage waste. Why destroy the environment and our soils by dumping all kinds of waste to landfills without any recycling, when there are much better options, such as biomass production and recycling available? If Sweden can do it, why not other countries as well?

These questions are very important in terms of both environmental and human well-being. Moreover, recycling, waste management, human health, animal health, planetary health, and the creation of sustainable business models can be lucrative income sources for businesses in societies around the globe, while improving the state of the planet. Biomass can of course not be created from any kind of waste. Today, biomass is being created and used mainly in countries focused on forest industries and agriculture, whereby waste from these can be utilized to produce biomass energy from (renewable) sources.

Although biomass is today regarded to be a renewable energy source, and definitely more environmentally friendly than the burning of and production of fossil fuels coal, gas, and oil, the production of biomass involves both agriculture and forestry. If other renewable sources of energy are at hand, there should be no need to excessively cut down forests or grow crops in order to produce biomass, if and when there are more environmentally friendly options available.

It is estimated that the demand for biomass will at least double in the upcoming decades, with scenarios up to 2050. According to the World Energy Council’s report World Energy Resources – Bioenergy | 2016, bioenergy currently accounts for one-tenth of global energy supply, with biofuels being a sustainable option in the replacement of oil dependency. Moreover, with growing concerns for environmental well-being even in terms of biomass production, bioenergy is framed by sustainability standards such as ISO, only to mention one of many. The World Energy Council states that the use of waste and residues as raw material to produce bioenergy is most optimal.

The following video, “What is Biomass”, published by FairEnergy, briefly explains what biomass (production) is:

Thank you for reading and commenting!

The 7 Biggest Risks of Leadership – And How to Overcome...