Feeling Stuck in a Rut? Don’t Wait to Get Lucky! Learn How to W-I-N

How Do You Effectively Manage The Multi-Generational Workplace?

Generational diversity at work is growing as many older employees are working longer and younger employees continue to join the workforce. Teams are likely to include multiple generations in the years to come. In many cases, your direct supervisor may be someone much younger or older than you. It is critical to learn as much as you can about the different generations in order to maximize multi-generational synergy and workplace effectiveness.

Today’s workplace is primarily made up of three generations: Millennials, Gen X and Baby Boomers, with Millennials making up the largest generation in the workplace. The more you educate yourself about these generations, the more you can understand the unique perspectives, work styles, and goals of each generation. Part of the understanding comes from appreciating the key historical events, leaders and icons, societal values and norms, as well as the technological advances experienced by each generation.

Here are the main generations that are currently in the mix:

Matures were children during the Depression and World War II, and they are part of a small generation. Because their generation is so small, they had little competition for jobs when they finished their schooling. They’ve spent much of their working lives in a world where people built careers within single organizations, and where organizations guided employees through an established (and often slow) path of advancement. It is commonly believed that this generation tends to desire economic security, be thrifty, and be loyal to their employers. Also, given that the youngest of this generation is now over 70 years old, many of them are retired or moving toward retirement.

Though some are moving towards retirement, Baby Boomers remain a large part of the workforce, according to Statistics Canada. As one of the largest generations, Boomers have had to deal with constant competition for jobs and multiple recessions during their working lives. Many believe it’s this environment that has made them competitive, job-focused, and willing to work very long hours. Though many Boomers are either retirement age or approaching retirement age, research suggests that the majority of Boomers intend to continue working past traditional retirement age. Many are heading back to school and taking on increased responsibilities as mentors and role models at work. Others are changing professions and trying something new.

Though they are a much smaller generation than either the Baby Boomers or the Millennials, Gen Xers make up a large percentage of the workforce. On average, they began working with technology at an earlier age than either Matures or Baby Boomers and entered the workforce highly proficient with computers and other technology. They have continued that proficiency, and over time many have moved into managerial and executive positions. As a result of being a smaller generation than Baby Boomers, Gen Xers have not had to compete with as many age peers as the Boomers. However, Gen Xers must often wait until Baby Boomers leave their positions (which some research suggests Boomers are unlikely to do soon) before they can advance. Many believe this contributes to Gen Xers’ dissatisfaction with their career trajectory and their willingness to consider opportunities with other organizations.

The youngest members of the workforce, Millennials (also known as Gen Yer) are at least as large a percentage of the workforce as are Gen Xers, and there are currently more Millennials in the workforce than there are Baby Boomers. Like the Boomers, they have many age peers to compete within the workplace. Like all younger workers, they want as many training and growth opportunities as possible. Research suggests that Millennials (like the other generations) want to work for organizations that respect individual differences, promote work-life balance, pay well and are socially responsible.

There seem to be a lot of stereotypical descriptions of the generational workers, many of which are not true, at least not for all of them.  Therefore it is not a good idea to assign those descriptions to them. Rather, it would be better to get to know the individual and then deal with them appropriately as each person brings gifts and drawbacks to the job and it is more advantageous to leverage the gifts and find suitable ways to get around the drawbacks.

Here are some examples of the facts and fiction that are common:

Fact: Mature workers become skilled users of technology once trained and can be just as interested in receiving technology training as younger workers. Remember that some older workers may feel at a disadvantage with regard to their proficiency with technology, so be sure to show sensitivity in helping them develop more skills. Don’t let younger workers intimidate older workers with dazzling but unproductive demonstrations of technical virtuosity.

Fact: Research shows younger employees are actually very loyal while they are working for a company. While many would like to stay with their organization for their whole career, they don’t believe they’ll have that option.

Fact: Dozens of studies show that there are only minor differences in performance between younger and older workers at similar jobs. In fact, older workers may be faster at work they know well because they have become more efficient as a result of their extensive experience.

Fact: Everyone likes to advance and to be recognized. Younger people are no different from older people in this regard.

Fact: Younger workers may work differently—for example, working different hours or working from home—and they do appreciate receiving a lot of feedback so they know they’re on the right track, but that doesn’t mean they don’t work hard and get a lot done. Having been raised with technology, younger employees often work very well independently. Remember that face time does not equal productivity.

Fact: New learning for seasoned employees is one of the fastest-growing trends in the training arena. Older employees want to continue to be challenged and learn new skills.

Fact: Older workers enjoy the camaraderie of interacting with every generation at work—as long as they are treated with respect. Many older workers are great mentors, managers, and role models in their organizations.

Fact: While this is true for some, many older workers are great mentors, managers, and role models in their organizations. Many campaign tirelessly for the next generation to be recognized and to succeed. 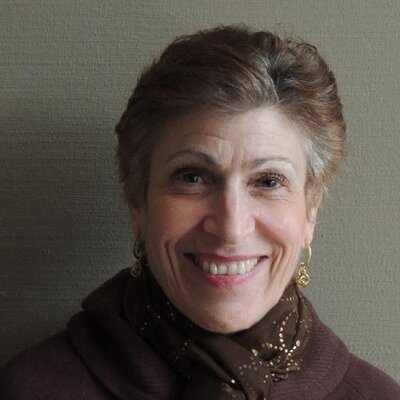 A Foolproof Formula for Staying Focused While You Work at Home