If you are preparing to enter a business leadership position, you need to be 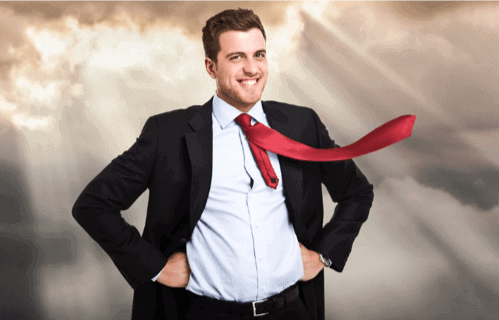 strong. Cowardly leaders are hardly leaders at all; to make a positive impact, you need to be authoritative, decisive, and confident. If you aren’t certain you have the courage to be a leader, you are probably right. Fortunately, it is possible to build your confidence by recognizing cowardly behaviors and rectifying them with more courageous acts. Here are a few typical cowardly leadership moves and what you should do instead to establish yourself as a strong, confident leader.

Scenario: Your team has a big deadline for an important project, and that date is looming. Nonetheless, you have scheduled more than a few vacations for the coming weeks, and you are looking forward to avoiding all that tough work.

It doesn’t matter whether you sneak off the Caribbean or lock your office and shut your blinds; if you aren’t accessible when work needs to be done, you might as well not have a leadership position. Leaders must support their subordinates, especially in times when work is hard. It is easy to make excuses to miss work, but by missing work you are abandoning your team. You can show courage by being in the trenches with everyone else.

Scenario: You know that an employee is coming in late, taking a long lunch, and leaving early almost every day of the week. In fact, the entire office knows that employee isn’t pulling their share. Yet, instead of punishing that worker – or better, cutting them loose – you try to ignore it and focus on your responsibilities.

There must be punishments for improper behavior. One worker’s negative actions affect the entire business, including their fellow co-workers, and it is a leader’s responsibility to ensure everyone is held to the same standards. Leaders who are unwilling to discipline their subordinates will never build a fair and stable team, so you must be capable of dealing out penances to those who do wrong.

Scenario: You’ve claimed the same leadership position at the same company for more than 10 years, so you pretty much know what it’s about. You don’t pay attention to industry news – after all, you’ve been around longer than most of those writers – and you hardly listen when anyone in the office gives you feedback. You know how to do your job, and your job will never change.

Alas, mastery is only a myth, especially when it comes to your career. As soon as you settle into your strengths, they begin to atrophy, and soon enough, you’ll have too many weaknesses to count. To stay sharp – and to understand evolving roles and responsibilities in the workplace – you might consider looking into online MBA programs, which will give you the flexibility to maintain a full-time job and the structure to learn and gain new credentials. Scenario: You have been tasked with laying off some of your staff, and it is your responsibility to choose who stays and who goes. However, instead of weighing your options, performing the layoff, and moving on, you do anything to avoid making such a tough choice, including trying to pass the duty onto someone else.

Leaders are decision-makers – that’s their primary role. Your experience and your education have prepared you to make tough choices for the health of the business. If you refuse to make a decision, you are only hurting the business by forcing someone less equipped to choose. Once again, you need to avoid making excuses and start making decisions.

Scenario: A few weeks ago, you made an offhand remark that if your team topped its productivity from last quarter, you would give everyone a raise. Unfortunately for you, they not only topped their previous levels – they blew them out of the water. When they learned of their success, everyone was thrilled, but instead of delivering on your promise, you silently hope they’ll forget about the raises while maintaining such high levels of performance.

Leaders can’t cry wolf – or in this case, cry raise – and expect their subordinates to respond appropriately every time. It won’t take much time for you to lose first your team’s trust and then their respect if you consistently fail to follow through on things you say. If nothing else, you should be more careful about what you tell your employees, but a better option would be to build their confidence by giving what you promise.

Finding Alibaba: The Most Lucrative Bet In Silicon Valley History

Six Ways an Employer Can Make Employees Want to Stay