November 9th, the results from the 2016 US Presidential Election were in. Trump won. Communism won. Racism won. Sexism won. Hate won. That was the narrative we were force fed by the mainstream media, Facebook, and Twitter. In an age of getting pretty much any information we want with a quick google, how can such unsubstantiated claims even be made? Then clicking through my phone I saw a tweet about Big Data failing America. Say what?

To gain context on why Big Data failed America, I dug through all the news sources. There sure was a lot of talk about Big Data. Sure, they used the layman terms, terms like demographics and polls, but clearly they were talking about Big Data. And in each of the articles and TV discussions, media was blaming Big Data for Clinton losing.

Let’s take a step back. Clinton did not lose because of Big Data. More accurately, one of the factors for her losing was how her campaign used Big Data. Putting it bluntly, Clinton’s team and her alliances ignored standard practices when using Big Data. The following is just a few of those practices.

Data driven. Clinton’s narrative was not driven by facts, nor data, but on emotional rhetoric. To be fair, we need rhetoric to band people together and mobilize them to act on data, to act on facts. Instead voters received highly intangible information, variants of Clinton being a woman, an experienced politician, and that she wanted to be president. For Big Data to work there must be data-driven rhetoric. Clinton’s campaign failed to do this.

Tested assumptions. Clinton’s campaign operated under the assumption that Clinton was going to be president. This is good for the rhetoric she needed to build confidence in the voters. But, this assumption prevented her team to do their due diligence for planning and analysis. Did anyone on Clinton’s team ask what is the likelihood of their opponents winning a electoral vote or even winning the Whitehouse? Big Data is often used to answer these sorts of questions. Also, Big Data helps us test and challenge the assumptions made during planning and analysis. Clinton’s campaign did not test, did not challenged the assumption that Clinton will be president.

Unified model. Clinton’s campaign had access to a lot of deep data; data that segregated voters according to the traditional demographics. Rather than using this data to build a model, a 360 view of what the American voter looks like today, the data for each demographic was analyzed only on its own. Big Data identifies key patterns and forecasts key behaviors when everything is integrated into a single model. Clinton’s campaign had no such model. This resulted in her campaign being driven by demographics and not by the American voters.

Trump won. Does this mean Big Data failed America? No. Clinton’s campaign failed to use Big Data in the standard way. We can’t blame Big Data. So, what should be blamed? We blame rhetoric. We blame rhetoric that’s driven without facts, without data. To be clear, I’m not opposed to rhetoric. We need rhetoric to rally us up together and do something. We need rhetoric so people act on Big Data. But, to use rhetoric alone, to assume you have all the answers, to assume you know more than anyone else, to assume you know more than the information that any data source can provide… 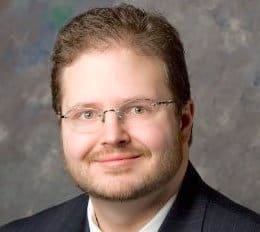 Chris Pehurahttp://www.csuitedata.com
DATA-centric Executive Management. Chris is a management consultant with a data emphasis helping Fortune 100/1000 companies strategically evolve and reinvent their businesses to maximize their revenue growth. Through realignment, to overhauls, to rebuilding things from the top down and ground up, he integrates and solidifies leaders, strategies, and solutions into all aspects of the organization. Strategies and solutions leverage Big Data, MDM, business intelligence, competitive intelligence, data science, chief data officers, and data offices. Chris is a coach, trainer, and the voice for how data is the new capital that drives, multiplies, and maximizes revenue growth.

Training and Education: Can Big Data Help Us Compete With What...

How Do You Plan & Budget Multi-Year Projects?