The Hotel Guy – Hospitality: But With Style

Yesteryear, if history and the movies are to be believed, it was relatively simple getting a room at the local hotel or rooming house.

You walked up to the reception desk, signed the ledger, and paid the clerk the going rate, probably a dollar, or two, at the most.

The clerk would reach to a shelf below the counter and bring out his cashbox and place the money in it, and give out change, if change was called for.

He would then turn around and reach for the appropriate key hanging from hooks on the wall, or perhaps keys in their appropriate numbered pigeonholes.

The point being, that in “The Good Old Days”, life was simpler and people that frequented hotels because of business or travel did not expect much from the hotels they stayed in other than, if they were lucky, clean sheets and no bedbugs.

However, that was the exception, rather than the reality.

I’m referring to the early days of hotels, when hotels were dedicated establishments and not just a saloon with a few rooms to rent.

In those early days, competition was non-existent; not even in fairly large towns.

Life, for the pioneer hoteliers, to say the least, was quite simple.

However, as the country grew and towns turned into cities, that hotel became just one of many, and with that many came competition between them to get not only the most customers, but the best customers, as well.

How did they do that? They fancied up their hotel with lobbies where guests could meet for business or for a chat; some incorporated a separate dining room, where the price of the hotel room included a meal or two, or where guests could meet with “outsiders” over a meal and conduct business, or “outsiders” could come in and buy a meal, or simply use the facility as a meeting place over a cup of coffee or something stronger.

Whatever the case, if you wanted to attract people, you had to be able to show prospective guests, whether through advertisements in the local newspaper, posters displayed at the train station depot or at the stagecoach office that what your establishment has to offer is better than what any other hotel in town has to offer.

Hotels, seemingly, were sprouting up like sagebrush along the various towns where trains, especially, stopped to drop off or take on cargo and passengers.

Times have changed, of course, so let us speed up that time to the here and now.

Today, too many hotels, especially the aged ones, have so many amenities in their rooms that it seems at times there is little room left between the minimal furnishings necessary and human movement in the room.

Some, many, of the “Old World” hotels are notorious for crowding their rooms with oversized furnishings that look ludicrous, to say the least, and they do it for the sole reason to “modernize” and keep up with the latest trends.

Even modern hotels are being built by the same mentality that came up with the idea to pack people into airplanes like sardines in a tin: floor-to-ceiling height as well as room square footage has decreased, though not the furniture that populates the room.

And these people are advertising them as the latest, greatest, up-to-date most modern rooms devised for one’s comfort!

What many, perhaps most, of the older hotels have to sell is quaintness, but quaintness, apparently, is not part of their vocabulary, and that lack of quaintness is what brings on bad reviews and fewer customers.

And, to state the obvious, minimalism, as a style to bring out and emphasize that quaintness has yet to make much headway in the industry.

One only has to read the hospitality industry trade papers to see the ever-rising popularity of bread and breakfast type places, as well as the popularity of venues that are faux rustic.

Las Vegas is a prime example of hoteliers wanting to capture that style, that quaintness, though on a much grander scale. For example, just about anywhere you go on “The Strip” you are confronted by very familiar iconic themes: Greek, Roman, Western, Egyptian, New York, French, Venetian, Swiss, Chinese, etc.

You can’t get any quainter than that, and they are all to be found, one after the other, in a more or less straight line.

The architectural style of each of these hotels attempts to invoke in the prospective guest a romantic sense or mystique of a past that no longer exists, and that in reality never did exist, but nonetheless the illusion persists that it did and you can be a part of it—stay with us.

The problem for all hoteliers is whether this or that exterior style can live up, in its interior, to the essence that it attempts to convey and that more and more vacationers and travelers are looking for and expecting.

Architectural style may get you a multitude of visitors but in order to turn those visitors into guests, you have to provide them with something more than sights.

You have to provide them with another kind of style, and that is Style with a capital S, and I mean Style in all its guises: chic, panache, elegance, bravura, flare, smartness, polish, grace, class; all performed by a well-trained staff in such a manner that the guest can feel he or she is receiving the finest service from the staff willingly and with gusto.

Servility and obsequiousness have no place in a well-run establishment.

Not all hotels have Style, they may all have the same items and rooms and facilities, but not Style.

There are more, of course, but these will give you an idea of what I mean by Style.

The question now becomes, how does one go about providing Style in a hotel?

Therein lies the crux, and it’s a crux with no definitive solution, i.e., mathematical formulae, and people, whether guests or staff, do not perform with such specificity.

The General Manager, more precisely, the GM’s vision and his ability to instill that vision on his or her staff, is what provides the Style that will bring success or failure.

César Ritz, arguably the worlds First Great Hotelier and Restauranteur, expressed best the kind of Style necessary to succeed: “See all without looking; hear all without listening; be attentive without being servile; anticipate without being presumptuous. If a diner complains about a dish or the wine, immediately remove it and replace it, no questions asked.”

Is your Style up to the task? 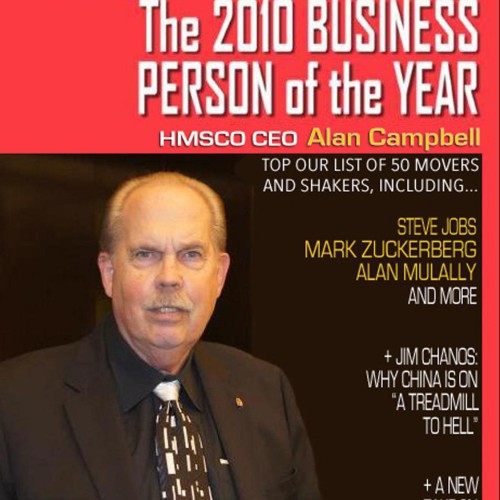 The Hotel Guy – Mum’s The Word