Hoping Others Will Change

by Wendy Watson-Hallowell | The Belief Coach

Do you believe that others will change in ways that will make you feel better? Do you hold out hope, even when the other person’s behavior isn’t fundamentally different? Perhaps you look for the tiniest shred of evidence that something has changed, and then hang onto that for days, weeks, months or even years?

Most of us do this in one way or another. Often the reality is just too painful to experience, so our ego continues to tell us there is ‘hope’ just to avoid the feelings of how things really are.

The feelings that we don’t want to feel did not start in the current situation we are facing. If I am hoping my spouse, child, or boss will change, I learned that hope in my younger years. As children, many of us had adverse experiences with our caregivers or siblings that were very painful. Instead of being able to see things as they were and feel the feelings that went with them, our ego helped us come up with new beliefs to explain the situation. The new belief was usually tied to us – not them.

When I was a child I felt a great deal of pain when my father moved out, married another woman and started another family. Instead of seeing my father for who he was, an unhappy man that wanted to be ‘important’, I made it about me. The belief that I adopted was that if I had been more loveable, he would have stayed. As I got older, I found myself in relationships with men who tended to abandon me emotionally. I held out hope that if I was lovable enough, they would give me the attention and love that I craved. I would be happy with ‘crumbs’ of attention that I got once in a while. I would stay in a relationship WAY too long, hoping that the other person would change, and when they didn’t, I blamed myself instead of them. When I finally got to the bottom of this belief, I had to allow myself to feel the anger and disappointment that I had felt towards my father for putting his need to be important above my wellbeing as a young child. Once I allowed myself to recognize, feel and express these old feelings responsibly, I stopped attracting men who were emotionally unavailable. Instead of waiting for others to change in the hope that I will feel better, I take care of myself by asking for what I want and saying no to what I don’t want

What hopes are you willing to finally give up today? 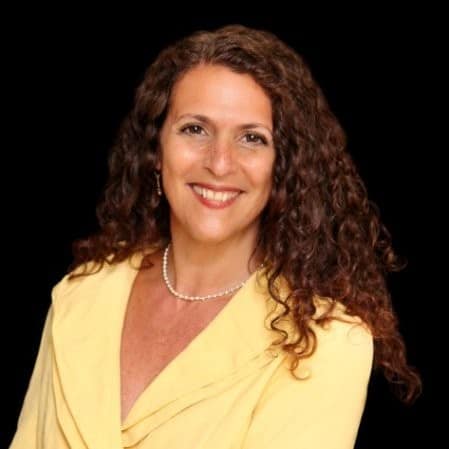 Wendy Watson-Hallowell | The Belief Coachhttps://www.belief-works.com/
WENDY is passionate about enabling individuals, organizations and communities to value themselves and each other in the ongoing process of change. Wendy has guided hundreds of individuals and over 750+ public and private sector organizations to achieve tangible increases in impact and performance. Her successful practice in mentoring and coaching has led to authorship of the book, ‘Live a Life You Love and Make a Living Doing It’. Over the last 30 years, Wendy’s skills have been honed in leadership roles at MTV Networks, The Rensselaerville Institute, and a variety of community based projects in her town. In 2015 she launched BeliefWorks and offers Belief Coaching as a way to address the root cause of what limits the results we can achieve both personally and professionally. This is an 'upstream' solution to change. Instead of changing limiting behavior, she focuses on changing the limiting beliefs that drive that behavior. In all cases, her clients and partners speak to the specific increases in achievement that her consulting, coaching and partnership roles make possible.