We are law-abiding, when we are not! We also cherish our personal privacy but not the privacy of others. And, we are all worried about the threats to homeland security posed by both domestic and foreign terrorists, but we aren’t sure what to do about it.

We want security, and we want freedom. This being said, the fight between Apple and the government over cell phone privacy is finally taking shape as a monumental court case that may determine our future security and our future freedom.

The crux of the issue is the recent advances by Apple and other manufacturers of cell phones to make their products more ‘secure.’ Until now, all cell phones could be ‘cracked,’ and the information store on them, including texts, contacts, pictures and calls, could be accessed both by Apple and by anyone else.

Android phones were the same way, and in fact the operating system could also be modified.

In the past year, all this has changed. An Apple phone now locks out everyone after 10 tries with the wrong password. Apple claims even Apple cannot break the encryption.

Google is going in the same direction with the Android based phones. Both types of phones do not encrypt calls and texts. The Apple claim is its customers demand safe and secure phones and that privacy is a ‘right.’

The government chooses to differ. But, first, let’s go over how an encrypted cell phone can be used for nefarious purposes. This is not by any means a complete list, but it is enlightening. In no particular order, consider the following:

Phones as Triggers for Bombs & Other Devices

We see this all the time on NCIS and other crime shows all over television. Properly hooked up to just about any device, a phone, when called or when the alarm feature goes off, can send an electrical signal to another device to trigger just about anything.

It was the device of choice for setting off a bomb as part of the Madrid commuter train bombings in 2004. At least one of the bombs and perhaps others used a mobile phone (Mitsubishi Trium) as a timer, requiring a SIM card to activate the alarm and thereby detonate. 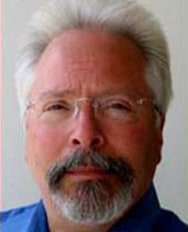 Dr. Robert Schmidhttp://www.cybersecuretech.com/matrix/
DR. ROBERT Schmid is the Founder of CyberSecure Technologies. His expertise on Internet security includes 9/11 related recovery issues, anti-terrorism issues, corporate and personal internet security. He has a Ph.D. and MBA from New York University, and his initial foray into the world of security was with the CIA.

Do You Fall Into The ‘Smart Phone, Dumb User’ Category?