Holding Onto His Hand –and My Dreams

It was summertime in 1976. We were out for a walk, my family and I. Mum up ahead with my sister who was running all over the place and mum was laughing too as she chased after her. I walked with my dad not far behind them. Our pace was slower and I remember the casual strides as we strolled along the path. I relished in the thought of having him all to myself for a bit as I held onto his hand. We were talking about the Olympics we had been watching on the television just prior to our walk. I was asking dad about the lady’s gymnastics, which I was so attracted to. I was seriously drawn to anything acrobatic really. It was amazing to me what the body was capable of doing. I felt that I could do the same. After all, I hosted our neighborhood gym club every evening on our own front lawn.

In the nice weather months in Hamilton, Ontario, on my front lawn…was a daily event for us kids to gather and play “Olympics”-“gymnastics”. Oh! The cartwheels, floor routines, somersaults, and dance. It was the best of times and now recalled as “once upon a time”…No worries, stress or indiscretions! It was pure unadulterated fun! We children of the 70’s all united to show our stuff on the stage made of grass! The parents approved with their encouraging and vigorous clapping, cheers and hoots from porches and sidewalk too. Those passing by would stop and join in, present some enthusiasm and walk on with a grin! On more than one occasion the crescendo of applause met with parents jumping in to show some maneuvers that they could do. My father being known to walk on his hands or a spell and did quite well. It was our own Olympics as we were a mixture of immigrant families from all parts of the world and all wanting to achieve and be friends. It was pure bliss for us kids, and a world with some peace for our parents as well! Right there on that lawn in the summer of 1976.

As I held my daddy’s hand that day, It was with my serious mind I frowned thoughtfully, exactly as I do now….being transported to that time. Some things never change!  I told dear daddy that I wanted to be like the gymnasts I had seen on the television; especially the 14yr old from Romania, Nadia Comaneci. Oh, how I adored and envied her at the same time! To be able to move as she did. Oh to just do the splits!

I remember the warmth of the sun that day, I can still feel the warmer touch of my father’s hand as he held mine. It was a connection every child needs, adults too, for that matter. At this age, we still believed our parents were the smartest people on earth; that they knew everything, and had all the answers. To some degree, if we expressed our dreams to them, we thought they could make that happen too. It was with this sincere belief that I conveyed my desire to my father that I wanted to be a gymnast… just like Nadia! And that I wanted to be able to do the splits too! This skill and ability was a “must” for any real gymnast. I really needed to do this before I could go any further with this dream to become a great gymnast indeed. I really thought dad could make this happen! He was my dad after all. I had complete faith in him. I awaited his words, most eager for instructions…to make it happen. What I heard was this…His words;

If you want to do the splits, you need to practice! Every day!…. And when you get it..keep it! Keep doing it. Do it every day for the rest of your life and you will never forget how to do it, ever!

This is the single moment that stood out from the entire conversation. I obviously have little recollection as to what else he said. I do remember looking over towards the school we were passing, not seeing the school or hearing his voice anymore…I had left the conversation. I felt the warm breeze on my little face and its fingers run through my hair. In my mind…my imagination that had given  birth…there was now something else?… I was on the floor..stretching into position..ready to start…I’m going to do this!  Right here I made my mind up to do the splits, and keep them too!  I started practicing that very day.  I was on a mission.

On said day I started my quest to do the splits. That moment stayed with me every time I got int position. I  went on and practiced every day. Stretching and pushing, feeling the pain. I was committed, determined, a tenacious little me. My little awkward scrawny legs were on the floor in the living room, my bedroom, out in the yard…but in my mind, they were somewhere far away…in a gymnasium with my friend “Nadia”,  and my father’s words in my head.

I was never enrolled in formal classes. Economics were tight and I was told as many times as I begged to just give it up. I was completely discouraged to pursue this dream of being a great gymnast. The odds were against me and I believed it. However, no one could stop me from practicing my “splits” and so I continued. Every day..and I did not give up. I was going to do what I could do to be ready for what I was told I could not do. If I couldn’t find a way to the Olympics I would make the Olympics come to me.

The year is now 2019..guess what? I can do the splits and I do them every single day! I own them now! I never gave them up and they are mine! The dream of the gymnast is packed away and still likes to taunt me with the “what ifs” or the “only ifs”, and that’s ok too.  It was with some imagination, I was able to pretend I was what I wanted to be on my front lawn.  I may never have performed an entire floor routine as Nadia Comaneci, but I did gain a great lesson and a personal physical skill that just delights me none the less.

I will always be thankful to my father for his words to me that day, as I held his hand. They have become a useful recipe in many challenges. The life lesson here was a valuable resource in my reasoning in many personal struggles. We may not have all the necessary resources close by, but there is always something to work for, and where there’s a will, there’s a way. I found something I could control as opposed to what I couldn’t…and focused on that. I did not see failure as an option and I saw my own power. I had the legs, I had the floor, I had belief in me!

By learning how to control what I did have I learned that dreams and the imagination are partners. The imagination gives birth to a dream, and to dream is to entertain this imagination. I could think whatever I wanted to think and see “outside the box”.

To those who have asked how is it that I could do the splits and why do I still do them?  I would mention my walk with my dad and what he had said to me. This logic can be used in many different situations in life. Sometimes your imagination has a message for you!  Dreams are born and can be dissected into parts. There is no failure in a dream not attained. Life’s many circumstances are the walls of reality. If there’s a wall in front of you, don’t stop there. Look at the school in the distance like this little child of 7yr did and saw another way around.

There are little dreams inside of big dreams and many steps along the way. The imagination is a powerful introduction for us to see something that isn’t real. What you chose to do with what your imagination shows you is where you have the power.

The imagination is the birth of a dream. Those who entertain the imagination will accomplish the dreams that are real and those that were not even birthed.

“Entertain where you are supreme when imagination births a dream!”#opism

Okay, I have to do my daily splits now folks. Haha. Have a wonderful day and thanks for reading! 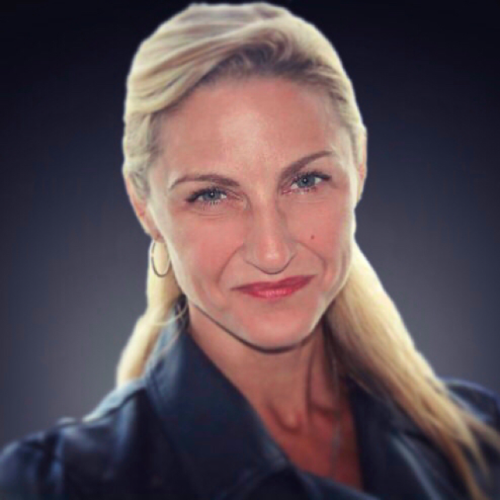 Paula Goodmanhttps://www.seekerofthesoul.com/
I am a deep thinker, lover of thoughts, and prolific writer sharing my words. In sharing, I am caring. I am a member of the human race with an appetite to motivate, inspire, empower, and provoke thinking. I am compelled to a vision that we are all here for a reason, life is like a deck of cards... “My cards. My deal. Life is learning the game!” #opism What is OPISM? I have come up with this term as my nickname is Op and they are my own quotes representing a moral doctrine belief system. Thus...Op+ism=Opism. #opism. My professional experience is disbursed across industries from financial services and sales to that of personal and emergency care. As one who has trained and coached, mentored, and taught; it has become a passion within to witness and feel joy in the achievement and success of others that I have been associated with. I am a lifelong learner and have created and facilitated various training materials. It is through such experience that I discovered the power of positive feedback in both professional and personal manners. I am self-disciplined, accountable, determined, humble, loyal, and adaptive; but above all, I value my integrity! I am a decent human being. It is with my greatest pleasure to share with others the power of positive words.