Henry is a Human Resource Director at an organization where he has worked in different capacities for the past ten years. He has been well respected amongst his colleagues and highly valued as a strong leader with influence. With Henry’s promotion comes increased stress and tension, a faster pace with challenging deadlines. Because Henry desires to hold a strong image at work, unfortunately, the release of his tension comes out in an unhealthy manner within his relationships at home. Henry is a peacemaker at heart. He has a joyful and giving temperament and values marriage and family, hard work, integrity, safety, and contribution.

In the beginning, Henry was so excited and honored about the promotion. He had been on a mission to make a difference and help transform the organizational culture to lead from the place of values and build a high-performing organization. However, the organization is not responding to Henry’s efforts.

They have great people, but their leaders and their teams are still struggling. Even though there has been much effort put into leadership development, there is high turnover in mid-level management and among employees. The CEO has a great vision but has trouble putting it into practice, not putting it into practice. Each department tends to function in a silo, and there isn’t a lot of collaboration, which leads to decreased efficiency, confusion, and conflict among employees and customer relations. The organization’s reputation is at risk, and losing customers will only reduce ROI and the bottom line.

Henry notices that he has a shorter fuse when his stress increases, and he tends to mismanage his emotions and thought processes. As a result, his relationships at work begin to suffer, along with his productivity. Henry acts contrary to his core values. He has always appreciated his ability to perform well as an outstanding leader at work and be a supporting and caring husband and father at home. These are the very leadership qualities he desired to instill, yet he is now failing. How in the world is he supposed to influence others if his productivity and self-care are suffering? Feeling ashamed, he resists and avoids talking about it, which only makes matters worse.

If this happens to Henry, it may be happening to everyone else around him at work and at home.

Henry sees himself as a good person, trying to do his best, yet is not doing well. His mental health is taking a hit, and so is his self-care. He wants to find balance again. However, he understands that it is all in his capability to take a deeper dive, pause consciously and competently, increase his self-awareness by reflecting on his own personal and professional energy and spirit, and take great care of himself.

When taking better care of himself, he can take care of others better, hopefully influencing others to better care for themselves. This weighs heavily on Henry, and he believes that if he can find solutions to his dilemma, he can share what he learns with others.

‘Be renewed in the spirit of your minds’ Ephesians 4:23 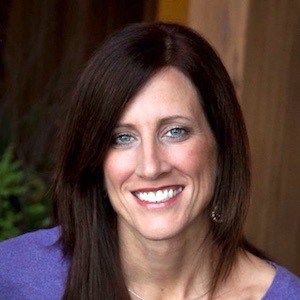 Sara Thingvoldhttps://www.sarathingvold.com/
Sara Thingvold, MCLC, ACC, is an Executive and Life Coach, Trainer, and Consultant, sought out to partner with executive leaders and leadership teams, individuals, couples, and groups. She is the founder and owner of Sara Thingvold Professional Services, and a collaborative business partner with Triune Leadership Services. She began coaching and training others when she was a sophomore in high school and started her own company in 2009. She is passionate about encouraging and walking alongside others. Sara and her husband have been married for 29 years They have two wonderful young adult children, a lovely daughter-in-law, and an adorable grandson. Sara is a University of Nebraska – Lincoln graduate and Husker Volleyball player Alumni. She enjoys the outdoors, cooking with her husband and family, gardening, hiking, running, crafting, and various other activities and hobbies, especially exercising her mind, body, and spirit, and being intentional about deepening her own well-being. You can learn more about Sara, coaching, and the online training programs she offers on her website at Sara Thingvold.

Self Actualization – What’s the Big Deal?