Heart to Heart: Time for a Confession – Part II 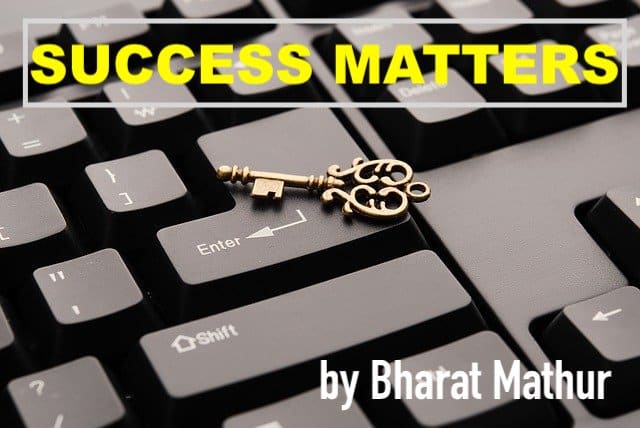 Dear Readers, here is Part II of my quest to unravel some of the most significant pearls of wisdom that helped develop my mindset. I hope the discerning readers, writers, thinkers, and change-makers who continue to pave my path to success untiringly shall find value in this series.

My first attempt brought forth specific inspirational messages related to creating and maintaining proper balance in life. Let us now unravel the secrets to keeping failure away by seeking inspiration from the under-mentioned leaders. But wait a minute! We are not discussing the political side of leadership alone. My focus is on the views, vision, and variety of high-achievers in other fields as well.

The first quote is from an anonymous source of modern-day professionals’ claims vis-a-vis—the ark’s Biblical saga. “Never be afraid to try something new. Remember, amateurs built the ark; professionals built the Titanic.” Given such a powerful analogy, I wonder what stops us from making bold moves without a lack of self-confidence. Gather the strength, put the resources together, and embark on the journey to claim what is rightfully yours. If that doesn’t work, seek the guidance of someone who has been there before, and readjust your sails. Keep in mind the Danish proverb: “He knows the water best who has waded through it.”

The well-known American “Hour of Power” television evangelist, Robert Schuller, gave us one of the most pleasant inspirational thoughts related to our fear of failure. “Failure doesn’t mean you are a failure; it just means you haven’t succeeded yet.” Winston Churchill had given almost identical advice in the following words: “Success is not final; failure is not fatal: it is the courage to continue that counts.” The courage to continue instills in us a deeper resolve to push all criticism to the wayside in quest for our goal. So long as we allow ourselves to be influenced by others’ scathing remarks, failure can be found writ large on our intent to succeed.

Was I scared of failure? You bet I was. Did I fail, not by the longest shot. Why, because I took the trouble to learn the trade’s ins-and-outs before jumping headlong in this line.

I happen to be the living proof of overcoming such a situation in real life. At one point in time, I had to switch careers, one of many such shifts. Almost forty years ago, the corruption-ridden economic conditions back home in India did not leave too many choices for the common man. I ventured into the much-despised Real Estate field where respect never showed its face within hundreds of miles. I found inspiration in the kind words of a gentleman who asked me to find a tenant for his house in my vicinity since he and his family lived in another town. Not only did I assist the needy landlord, but I also earned some money for my labor. That small step guided me to a remarkable shift. In the process, I started exploring House-renting Services as a 2nd source of income, or a side hustle, if you like. Was I scared of failure? You bet I was. Did I fail, not by the longest shot. Why, because I took the trouble to learn the trade’s ins-and-outs before jumping headlong in this line. For the following five years, I earned enough money to buy over 40 fully-paid properties in the National Capital, New Delhi. Little did I know what was in store for me. However, each step forward gave me the energy, the courage, and the monetary benefit to keep going. The lesson I learned in the process: “Take risks: if you win, you will be happy; if you lose, you will be wise.” Anonymous

I especially like the following piece of advice from Jim Carrey: “Desperation is a necessary ingredient to learning anything or creating anything. Period. If you are not desperate at some point, you are not interesting.” There have been several desperate moments, tough challenges, do-or-die situations in my journey to the golden years. Not only that, but I have also witnessed desperation in senior-level executives and entrepreneurs whose companies I targeted in my successful M&A forays. However, I happened to win most of those bargains because I had learned how to use desperation to my advantage. The secret recipe for such success came from my father. He was wise enough to bequeath to me his vast resource of knowledge that I continue to use to this day. Not only that, but I also share the same with my son at times so that he could attain astounding success as well. One such treasure is hidden in the following golden nuggets: “A dog in desperation will leap over a wall.” I will be happy to let you make the most knowledgeable guess towards using the same to your advantage.

On a parting note, here is my life’s biggest quest, inspired by George Bernard Shaw, in the following wish: “I want to be thoroughly used up when I die, for the harder I work, the more I live. I rejoice in life for its own sake. Life is no brief candle to me. It is a sort of splendid torch which I have got hold of for the moment, and I want to make it burn as brightly as possible before handing it on to future generations.”