Have You Had the Same Argument that Doesn’t Go Away?

Do you feel like you are not being understood or heard?

I took a job at an insurance company. Learning a new language, and needing to help people keep their policies in force. I was babysitting people till 9 pm at night.

It was draining, and what I didn’t know. It was throwing my last child and husband into a deep case of resentment. He had wanted me to get a job and, contribute to the family. He doesn’t remember saying he would do all the cooking. I remembered, and this is how I could stay till 9 pm to take care of the policyholders.

Then things started happening. I was a horrible mother, I had abandoned the family. My husband wanted to move out and live by himself. We began fighting. Christmas was chaos. My oldest daughter and youngest daughter fought over how to correctly fry shrimp. I threw the youngest out the side door. Something I had seen a father do to his son. A family who babysat me.

Why was my husband so angry, I did not desert the family. I was trying to fulfill his wishes that I have a job. He didn’t remember saying he would do all the cooking. I denied that I deserted the family.

I thought we were finished with the discussion. NO, three years later the grievance came up again. I had started DISC training. The training was very close to where we lived. I didn’t know how to respond to the second attack, so I walked away. I was not aware that the disagreement had not been settled. It was like walking on eggshells. Trying to do the right thing– as I thought. My youngest daughter was throwing barbs at me, trying to get me to crack or react. I suppose it would justify her perception of me. Her father must be right.

My health was declining, and I was spiraling down into a deep depression. My husband retired and took the payment without continuance after he died. I would have to do something to create a future for myself and my family.

Struggling, I considered ending my life as the easiest way out.

What kind of example would this be for my children?

At this time, I was also in a Disciple class in the Methodist Church. After 4 years, I finally accepted God loved me, even if my daughter and husband did not.

Three years later the grievance came up again. This time I stopped and said “I understand how you can feel this way” (no rebuttal) So I proceeded with how I felt.

The grievance has not come up again. We had a chance to move. A dream my husband had. To live on a lake. I answered an e-mail that came to him. I paid the deposit to go see the land. We hadn’t done anything together for 10 years.  He decided to drive north with me, we were in a land rush. We were assured by a manager we knew, that we would be okay, even though we were in the third row of vehicles to go see the property. We looked at the layout of the neighborhood and picked a lot. It was sold. We picked another lot, and our person tried to radio up the hill, and could not get through. We raced to the top and told the recorders what we wanted, and they said who are you? We were shocked that the land we had wanted was granted and that we had gotten there first!

God shined on us this day. We know that the lot was saved and earmarked for us. I am so grateful for the turn of events. I know that God is with us, and he loves us.

He taught me what I needed to learn, so I can help others. My purpose has been set. It is to help others. 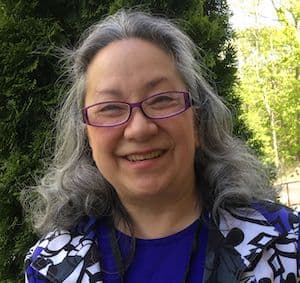 Kristi Tornabenehttps://www.keystobasichealth.com/
As an aging health coach, I entered menopause and started here. There were some changes as I lost energy, gained pain, and subsequently improved digestion. Digestion came to a slow stop, and to get it going again, I discovered that our best proteins, and nutrient-dense vegetables, plus a little bit of olive oil or ghee help us feel full and can cut hunger. There may come a time when you are hungry a lot. Supplying your necessary nutrients will help you feel less hungry and will keep your metabolic processes running efficiently. Helping you maintain your best weight and optimum health. How do I know this at my age? My husband is 84 and is not eating nutrient-dense vegetables and has dirtied his genes. This causes aging. I have the same gene which caused pain for my grandma and her son, my father. I discovered early how this dirty gene can cause problems because I was born with a dirty gene. I have answers for remedying pain and overcoming IBS and keeping my energy because I worked to eliminate these issues in my body so I could feel fit at the age of 68. I became a Medical Technologist and Microbiologist which taught me how a hospital tests for diseases, and what happens when electrolytes are out of balance. I found some doctors that explained why disease can happen. I developed recipes to overcome and supply nutrients. I help people feel fit at any age.