Have You Been Erased From Your Family?

Typically, the alienation refers to the psychological manipulation of a child by saying and doing things that lead the child to look unfavorably on one parent or the other.  In essence, parental alienation amounts to brainwashing the child, and it can be done both consciously and unconsciously. When one parent unjustly ‘pits’ a child or children against the other parent, the vindictive act can create horrible results for not only the children but the isolated parent as well.  In fact, there are statistics which support suicide for the ‘outted’ parent and the manipulated children.

Even being extremely careful, the shifting from one parent’s weekend to the other was confusing for my son.

Honestly, I had never thought about this type of alienation because I was lucky that my former husband and I agreed to never do anything that would hurt our child.  We worked together with decision making, and also tried to make our son’s life as normal as it possibly could be without having both parents living under the same roof. Even being extremely careful, the shifting from one parent’s weekend to the other was confusing for my son.  There were times he cried leaving me, and when I would go pick him up, he would cry having to leave his father.  The entire process was excruciating for me.  I could only imagine how the whole process felt for my son.

So, you can imagine what happens when you have a parent or parents bashing the other, or even using the child as a pawn to find out what the other parent was doing or saying.  And unfortunately, this type of prodding happens all the time.

I learned about this type of behavior from a really good friend of mine who was dealing with a very painful separation from his grown children.  He admits that he is not a perfect person, but honestly….who hasn’t made mistakes they regret in life?  But, when the communication stops completely, the alienation for him is extremely painful and has him continually looking for answers.

When a person is placed in the position of not knowing what really happened, your mind tends to go to crazy places thinking of every inch of your life to try to figure out why the children do not want to have a relationship with the parent any longer.  Doing this type of soul searching only leads to more anxiety because you try to analyze and be sorrowful for everything you have ever done in your life. This type of distancing can also leave one assuming what was hurtful to the child and those assumptions can be very different from what is the real reasons.  Frankly, the assuming can be as harmful as the silence from the loved one.  However, when there is no communication, you are only left with trying to rationalize anything and everything you have ever done with your family.

The parent can suddenly try in their mind to prove they loved their children and did the right thing for their kids to somehow ease the pain from not being able to sit down and talk to the estranged children.

When the children are under 18 years of age, you can still see your children and can try to have a relationship if the courts allow visitation.  But, if the children are adults, they can make the decision for themselves to sever a relationship.  And, in the case of parental alienation, the brainwashing can drive the child away from one or both parents.

Regardless of the age of the children, any kind of forced manipulation by a parent is still harmful.  Most of the time with older children, the only thing the erased parent can do is to hope over time, the children will be able to eventually make their way back to making their own sound decisions about their parents, and hope they recognize what the guilty parent did to drive a wedge between them. Still, the waiting and not knowing is painful, often termed worse by psychologists and affected target parents, as the child is still alive, so there is no formal closure.  And over time, you tend to almost drive yourself crazy trying to move forward with life.  Some people do not make it to the ‘go-forward’ stage and commit suicide because the pain is so intense.

The court system typically only deals with obvious abuse, meaning physical abuse, but consider mental abuse as a ‘he said-she said’ type of scenario, and tend to discount mental abuse, which is a travesty for the overall health of the family unit.

Listed below are a few facts uncovered by my friend who now realizes, he is not the only parent going through ‘parental alienation.’  Although now knowing he is not the ‘only one’ having to deal with the ongoing pain helps in some small way, when he started talking to me about this situation, and then me seeing the statistics he researched, I was honestly floored realizing how widespread this issue is in our in our world today.  However, very little seems to be recognized in our society to help the parent, or the child caught in the middle.

Over $100 billion is spent on the divorce industry in the US as compared to $50 billion on cancer treatments each year. Divorce is big business for many, and far too often children and families’ best interest is sacrificed at the hand of greed.

If you are a victim of parental alienation either as a suffering parent, or the child caught in the middle, and are also torn how to get help, I have included the information below to connect with an organization trying to help with awareness, and can connect you with assistance in your area. As always, please seek help by talking to your doctor or someone in the medical field to help guide you or feel free to contact:  Erasing Family on Facebook, Instagram, Twitter, or erasingfamily.org.

Parental Alienation Awareness Day, April 25, 2019.  If you would like to help by donating, or donate by buying a T-Shirt to help create a documentary film to help build awareness, e-mail at [email protected] 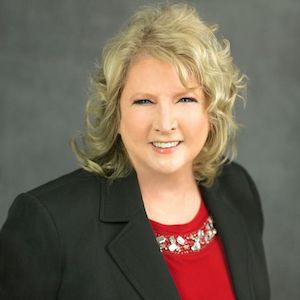 Robin Anderson
ROBIN Anderson earned her BBA and MBA from Averett University and graduated with a 3.88 GPA. She is also a member of the Pinnacle National Honor Society and a member of the Institute of Financial Operations as well as served on the Strategic Advisory Committee for several years and has been a speaker for 4 years at the National Convention. Robin also speaks for the IOFM, AP Now and Tomorrow and Averett University. Robin volunteers her time with organizations such as the American Cancer Society, the ALS Association, and speaking for Averett University.