Halo Hell: The Hidden Suffering inside Our Self-Loving Selves

Halo Effect: tendency for an impression created in one area to influence the opinion in another area

The other day I was partaking in one of my regular ass-kicking workouts online, and something started to nag at me. It was more than the noise of my muscles seemingly screaming out loud. It was something that prompted me to do my own sort of “experiment” with each subsequent class and unique instructor I chose. Because I travel regularly, I always love to experiment with various HIIT classes and instructors who put workouts together online, which is a great, fast way to get an in-hotel-room type workout. It was through that variety that I noticed I had become oddly intrigued with the dialogue of these engaging personalities on my screen, motivating me to keep pushing through. What hit me was how many times I was told the following, in various forms and fashions, some quite directly:

If you think about it, these messages aren’t unique to the fitness industry and, heck, many of you reading this article may not be sold that these types of comments are actually something we should be wary of—-for they are seemingly contributory to many people’s successes documented all over media and throughout history. For perseverance has a huge role to play in achievement. Nonetheless, the grounds are a bit shaky if we take this stuff without some understanding of nuance first. For they seem to have a meta-communicative facet to them too: that if I feel something a certain way, then it must be listened to in a never-be-wrong prescriptive way. To either validate myself if it is something I want to achieve or reject it if it is a feeling that gets in the way of my goal. All three statements above can be moved around in a way that makes the self ‘right’ without having to do much work beyond always deciding first what one’s goal is.

And so, what throws the monkey wrench into our systems of motivation, without us knowing it, is the asymmetric tilt inherent in our motivational systems towards self-justifying decisions, over those that deny the self’s initial position when a sort of rightness in us is involved. In other words, while we may see the benefits of the comments I wrote above when over-riding a decision to take the easy way out and shut down the body’s efforts during a tough workout, we would like to think we can do the same courageous, successful thing with calling BS on something we decide as “true” when it isn’t (or not as true as what is actually going to help us breakthrough in a certain realm).

But that is usually not the case.

This non-one-to-one relationship of sorts really screws with us. The strength of memories for the times when it “works for us” carries visceral, tangible feedback loops that reward and reinforce us (for example, sticking with the workout in its entirety lights up many internal factors, from pride to biochemical boosts to sensory pleasures to actual outcomes we desire); which, therefore, can then infiltrate insidiously into other occasions where this generalization of sorts usurps any wisdom of discernment needed to say no to this type of “just do it” mentality at all costs.

But even if you think you are a critical thinker, a person who pauses to consider all options, and one who engages with contrarian ideas flawlessly, I am here to say that I am most concerned with the actual saying of these types of statements in our lives than whether or not they are objectively true. For just like a humble man doesn’t really talk about his humility (it would ironically undo the premise of what he is saying), these types of self-protective conversations—even if in some ways they have truth inside which is prudent to use on occasion—make the vulnerability to the rightness-of-self trap all the more prevalent and arguably more dangerous in life.

Of course, we all do this to varying extents, but the inflation of self, in my opinion, isn’t modulated by reducing the occasions of the above (just like an addict isn’t necessarily one when they are not using the problematic substance. Sobriety of consciousness is a first- to second-order change of reality itself, not just the doing/not doing of the behavior). It is more inherent, more like the water we swim in or the air we breathe, unnoticeable, and simply a ‘there” of where we are at any moment in time.

What do I mean?

If you ask people in various settings, contexts, and so on whether they are above-average, 60-70 percent or more—regardless of the thing being measured—reliably will state themselves in this category. The problem with this is statistically only 50 percent should lie to the right of the average or median. If we look at specific research in specific areas and break them out a bit more, this averaged inflation becomes even more apparent:

The water we swim in suddenly is like a wholly drained tank with ‘new water’ replaced…clear but imperceptibly toxic.

So what’s so bad about this? Well, I believe the error is not so much in this brain bias for a particular assessment of a trait or behavior, but in what the brain learns and does with it over time. Even when someone points out the obvious invalidity of the argument, it is treated merely as an isolated “oops” or just a quirky, curious observation. That is, the generalization effect of what these inflations really do to us is NOT seen or realized entirely, and even if so, not down into the hearts of us where all TRUE, lasting conversions originate. And before we know it, we now have a meta-level effect going on—not just the self-inflating of a particular thing, but the self-inflating its positive effect of what it—the self– does in/with this thing called life and reality. It seems to borrow from one inflation to another, in perpetuity, over time. The water we swim in suddenly is like a wholly drained tank with ‘new water’ replaced…clear but imperceptibly toxic.

An over-confidence bias per task moves into a repositioning of a self as the sole influencer that matters. And when this occurs, it is just a matter of time before this fragile reality will require an excess of positive emotions, thoughts, and feedback, fueling a sort of syllogistic reasoning to keep the self in its own appointed rightly position. This clouds objective assessments of others as well, skewing our operating system to make decisions that have a big chunk of feeling right inside them. In other words, we have not only a distortion of our own performance perceptions to contend with, but now we get toxified by the false assumption of other people’s intelligence or competencies, when we perceive them as likable or attractive–traits that feedback a feel-good component in some form or fashion for us.

How can or should we be mindful to steer clear of this perceptual cluster you know what? Since I am not a believer that this can be short-circuited entirely via the self (the self is inherently self-deceptive and self-aggrandizing), it is best to get outside the arena of self entirely—as much as possible, but certainly more than one’s self will initially “allow” you to do—and look at this whole thing from a 30,000-foot view and realize:

Maybe I don’t matter (as much as others, reality itself, the natural law, etc.).

Maybe I can’t do anything I want (or if I can/should do something, what is the role of nuance, amount, timing, “color”, style and other intermediary variables I could be ignoring or minimizing?).

Maybe my mind is not meant to overcome or overpower really anything, including adversity, but to merely find its proper proportionate place to the externals and be receptive to what I don’t know I don’t know about hardship.

Maybe my emotions are a shared territory of being a glorious creation for my life and a hidden poison when given too much power to guide my life. 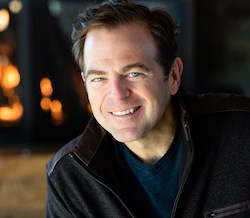