Google, Facebook And The Subculture Of Rare Disease Medicine

When my daughter first presented with hyperpigmented macules, I brought her to her pediatrician. When her pediatrician did not have an answer, we moved on to more specialized doctors. Since her only symptoms, at the beginning of our diagnostic odyssey were hyperpigmented spots and swirls, we started with dermatologists. After a year of seeing many different dermatologists, we found a dermatologist that diagnosed her with Hypermelanosis of Ito(HI), a disease that was thought to affect 300 people worldwide. Fortunately, there was a Facebook group set up for HI; my first connection to this rare world.

Like most parents, I needed to learn everything I could about HI. Through Google, I discovered OMIM and PubMed, which led me directly to the few researchers studying HI. I am certain that I have read every single medical journal article about HI.

When my daughter became sick at the age of 18, I learned from a scan of her jaw and a very thorough radiologist that Olivia had Chiari malformation. I had already learned that patient-run Facebook groups were an incredible resource in this space, so I joined a Facebook group for Chiari. I was not disappointed. I was able to connect what I learned about the many symptoms Olivia and Hana experienced over the years with Ehlers-Danlos Syndrome(EDS). Both Google and Facebook had served me and my children well since it can take 30-50 years to be correctly diagnosed with EDS.

Medicine, real medicine is happening every single day online. I have learned so much from these extraordinary patients and parents.

I have also because I am uniquely working both disease-specific and on the issues of all rare diseases, come to see how a simple post can lead to a new comorbid yet to be identified in a specific rare disease. This is what happened.

I am friends on Facebook with many people whose children have rare diseases. As I scrolled across Facebook one morning, I saw a post from a friend whose son has KBG. She had included a picture of his feet in her post, which caught my eye. Her post talked about a scheduled surgery to correct a tightness in his feet. They were to cut his Achilles’ tendons. Something about what she said in the post made me ask if her son had a sacral dimple. He did. Did her son have issues with his bladder? He did. Was her son a toe walker? He was. I told her I thought her son should be checked for tethered spinal cord syndrome. She kindly invited me into the KBG group and posed the question of the sacral dimple to the group. Within minutes, several parents had answered that their children had sacral dimples. Most of these children have been confirmed for TSC and a new comorbid for KBG was found, unnecessary surgeries were avoided and suffering was alleviated. That’s medicine.

But the knowledge I have gained from both Google and Facebook has led to other, more far-reaching connections.

Of course, the disease I am most interested in is Ehlers-Danlos Syndrome. I am certain that this disease affects approximately 10 million people, mostly woman. I had always wondered if there was a connection between HI and EDS and then one day in a Facebook post in the HI group, I had the answer. A woman had posted a picture of her daughter’s hyperextended arm and asked if anyone else’s children were hypermobile. About 15 people answered. All but one had children that were “elastic,” “super-flexible,” and “bendy.” This was the first connection I found to EDS and an ultra-rare disease.

As I continued to research and ask questions, I learned of other possible connections to EDS and other rare and ultra-rare disease. Could it be that the prevalence of EDS makes these just random connections? or is something else happening here?

If you ask the right questions, you will be surprised how much you will learn. The parents and patients of the rare disease community are more than their data. Their knowledge, insights, and intuition are creating a subculture of medicine online that has become an invaluable resource to people living rare. We live in a world of abundant information. We need the medical community and researchers to recognize the absolute necessity of the patient voice and that unlike the generation before us, we come to you informed. 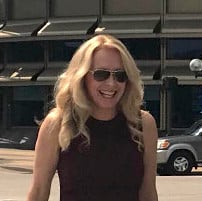 Patricia Weltinhttps://www.beyondthediagnosis.org/
Patricia is the Founder and Executive Director of Beyond the Diagnosis, a registered nonprofit providing art and science to inspire research and innovation of treatments for people living with orphan and neglected diseases. Beyond the Diagnosis began working on a project to increase research and raise awareness of rare diseases within the medical community through art. Professional artists paint portraits of children living with a rare disease; the portraits then become part of a traveling exhibit for medical schools, research institutes and hospitals. Our Beyond the Diagnosis art exhibit was first unveiled at Brown University's Alpert Medical School for the entire month of February 2015 in honor of World Rare Disease Day. Demand for this unique exhibition has increased 500% in the past three years. The exhibit continues to grow and inspire both the medical community and researchers to increase e orts in rare disease research and treatments. This exhibit has also touched the hearts and minds of the general public. Since the debut, Beyond the Diagnosis has visited the NIH, Broad Institute, Hofstra Medical, Harvard Medical, the FDA and many more. The exhibit currently consists of 100 portraits representing children living with rare and undiagnosed diseases. With your patronage, Beyond the Diagnosis will continue to grow, increase rare disease education in medical schools, increase research at some of the world’s leading institutions, create new conversations about rare diseases and bring hope and joy to the rare disease community. Patricia, the mother of two children with Ehlers-Danlos Syndrome, began working in this space by creating a new business model of working by state. Her award winning work in state-level advocacy grew to national advocacy efforts. Today, Patricia proudly works to successfully use art as a powerful tool to create awareness and increase innovation into orphan and neglected diseases.

Repurposed – How I Found a Treatment For My Daughters