Mental Health affects all of us in one way or the other, whether personally or if you haven’t been under a rock, you are aware of increased awareness in the media.

The recent suicide of tWitch (Stephen Boss) has hit me more than Robin Williams, Anthony Bourdain, and Kate Spade, who were the most recent three influences on my own mental health issues. Meaning the impact of their choices weighed heavy on me and still does, not because they were famous, but because they were the masks of “having it all.” I have also had many people around me choose to end their life, but tWitch’s death has me shook.

I cannot read social media posts or articles or watch videos about him without deep stabbing pains in the center of my heart and a box of tissue close by. I know this isn’t about me, but writing true, authentic, and personal stories is what connects us, and I feel connected to you in this moment. Thus, I am sharing my thoughts and feelings.

I have been a fan of tWitch since 2008 when he got second place on So You Think You Can Dance (SYTYCD). He also met his wife, Allison, on the show, and they went on to share three children. I have followed his family for years, captivated by their humor, love, and sense of family.

After SYTYCD, he became most famous for his energy, positivity, and heartfelt approach to complicated subjects such as racial inequality. Most people were introduced to tWitch when he became the DJ on the Ellen DeGeneres show in 2014. He was also an actor, producer, but most importantly, husband and father.

I am not going to spend time hopping on the bandwagon conversations that many are having, like why do people make these decisions or respond to questions such as, “How selfish and inconsiderate. Do they even think of those they have “left behind?” The people who have been there know. We know! Those types of conversations are most often held by those who have never been on the dark side. The “viewers” I call them. The ones who have no right to be judge and jury.

I am going to focus on ONE LOVE. Simply put, we do not spend enough time telling those around us how important they are or how they have impacted or influenced our life. Sure, you talk amongst yourselves or can write a helluva an obituary when it’s over. But do we share with the source? Hmm

We are too wrapped up in our own damn agendas with a mindless belief system that we always have tomorrow to share how we feel or what we think of others. WE DON’T. You cannot bank on tomorrow.

There is no “face” of mental health. There are frequently no signs or cries for help from those of us who battle mental health every single day. It takes, on average, a decade for someone with severe mental health issues to seek professional help – if ever. A DECADE! Years of suffering alone is not a personal choice, like choosing to consume a mega bag of Doritos or where you might go on vacation. It is a burden. It is not welcomed. It shows up at the most inconvenient times. It hides until it doesn’t. It is dark and ugly. You often won’t see signs of massive depression like empty bottles of Jack on the counter, giving signs you might have an alcoholic on your hands or the smell of marijuana, or an empty bank account because your loved one gambles. Deep manic depression is inconsistent, powerful, silent suffering that causes massive tunnel vision, not because you are selfish, but because you want to stop the pain. And ending it all is rarely done in the moment. Many times the scene has been thought through a million times.

Please don’t dismiss the importance of telling someone how they have positively impacted your life, or you might be having conversations after the fact as you try to sift through the shock of why you think they have done what they have done after it is over. Honor them when they are alive and have conversations about what might be going on with them before they do something.

And, BEFORE IT’S TOO LATE, f__king call someone today, and trust me, call the ones who seem like they have it all. 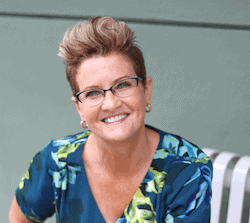 Peggy Willmshttps://peggywillms.com/
Peggy Willms has been a trendsetter for more than 30 years. With her unique approach, tools, and strategies, she shatters the “Norm” in the health, wellness, fitness, corporate and medical fields. She is an author, certified personal trainer, sports performance nutritionist, personal and executive health, wellness, and life coach. Peggy is also a radio, docuseries, and experiential wellness retreat host, consultant, educator, and speaker. Peggy has managed multi-million-dollar medical clinics. Her unique business and work-site wellness programs have earned her multiple awards. She is a successful entrepreneur and owner of All Things Wellness, LLC. Her internationally syndicated radio show: The Coach Peggy Show focuses on All Things Wellness: heart, spirit, mind, and body. Peggy is the host and executive producer of a transformation docuseries, Coach Peggy Real-Time, which takes viewers on a wellness journey in real-time over 10-weeks. Real People with Real Problems finding Real Solutions. Peggy also conducts wellness retreats in SW Florida. A native of N.H., Peggy worked for the U.S. Army in Heidelberg, Germany. She raised her two sons in Colorado and is now a grandma. She now resides in Florida with her significant other and enjoys kayaking, biking, swimming; all things fun, and sun.

What is “All Things Wellness?”