Getting Your Message Across

In a recent interview, Mr. Trevor Noah, the host of The Daily Show, asked the following question: “What is the right way to get a message across?”

Mr. Noah, this is a great question for all leaders to seriously ponder – and answer – because some of the same dialogue and responses fit very well with successful principles of life and leadership.

Unrest in the Byways and Highways (and on the Field)

For those who don’t know the context of your question, Mr. Noah, let’s clue them in: it was about the recent and prolific public protests across America, which have included a wide variety of actions, such as:

This list could go on and on and on because self-centered focuses and agendas are rising to an all-time high in our world. More often than not, the majority of individual people want their way (according to their will and beliefs) in matters that interest, justify, or benefit the Almighty Self. Sometimes, more than one time, adult temper tantrums and meltdowns abound when individuals or groups of individuals cannot have their way – and in their own timing.

In essence, these examples provide the context for Mr. Noah’s question, “What is the right way to get a message across?”

Mr. Noah, in response to your question, here are a few basic and age-old principles of effective communications and change management that point toward “the right way”:

1. With Respectful Actions: this is simply about reverence, admiration, and appreciation for the very right to speak out and speak up. There is a common sense, respectful way to acknowledge the blessings and privileges one DOES have, while effectively communicating about the issues that fall short of what one wants. This includes respecting the value of life and property, especially those that are not one’s own! Mr. Noah, applying this simple (non-violent) truth to protest strategies is always a respectful plan – and the right way.

2. With Persistent Efforts: this is simply about continually communicating one’s position and viewpoint to the right people, in the right places, and at the right times. Utilizing the basic principles of effective communications, like seeking to understand before demanding to be understood, creates a win-win scenario. Also, most adults (including the precious protesters, who have a right) do not respond well to being forced to change, especially being forced with violence. Mr. Noah, applying this simple (non-violent) truth to protest strategies is always a wise plan – and the right way. 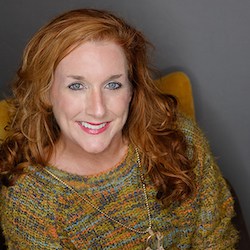 What Caused That Heart Attack?