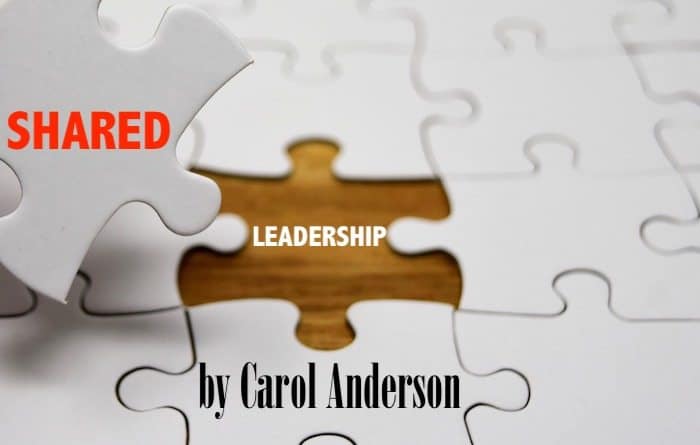 According to leading business research firm McKinsey, organizations spend $14 billion annually on leadership development. In this 2014 article titled “Why Leadership Development Programs Fail,” they go on to provide four reasons why such programs don’t work, including lack of context and measuring results, lack of connection to real work and underestimating mindsets of the learners.

That is a whole bunch of money to waste when leadership fundamentals are really pretty simple.

I recently joined a community chorus. (Hang on, I’ll get to the leadership fundamentals but I have to set the context first.)  I live in a relatively small historic town with lots of tourists but not as many locals.  I love to sing, and when I saw the ad to join the chorus, I thought a nice, easy community chorus would work well with my otherwise busy schedule.  I was a music major.  I can sight read, so this’ll be a breeze.

Boy, was I wrong…about the easy, breezy part anyway. I walked into a room of 120 volunteer musicians and picked up nine choral scores. Most pieces changed keys 5-6 times. Several split four-part harmony into eight parts. I guess this Community Chorus has stayed active and popular for 70 years because they have something special to offer.  Okay, time to roll up the top of my piano and practice.

But here’s where the leadership fundamentals come into play. In eight weeks, the Director has taken a group of volunteers, some of whom cannot read music, and created a spectacular presentation – at least it will be in three weeks when we present the concert “I Hear America Singing.”  I know it will be great because the Director is leaving us no choice but to excel.  And I find that an endearing motivation.

There are four things he has done that, based on my years of developing leaders, are fundamental. Let me share his methodology; it could be easily adapted in any situation.

He could have selected pieces that were straightforward, harmonious and easy to sing.  Instead, he selected nine very difficult pieces that are complicated, difficult to learn and challenge even the most experienced musician. That was motivation, right there. I probably would have been okay with simple. But I was excited, energized and highly motivated to conquer something difficult.

One hundred and twenty volunteers naturally will have varying degrees of musical prowess, including the ability to sing written notes and tempo, and the knowledge of how a Director will communicate his own interpretation of the music. But with eleven-week rehearsal time, each individual needed to learn parts quickly.

He knew that if he wanted the group to sound professional, he had to provide tools and hold us all accountable for using them, so he provided digital music tracks that emphasized each of the parts, with the other parts in the background. We could follow along with our part and be confident when joining the other parts.  Well, at least slightly confident.

Even after the first few rehearsals, we sounded a whole lot better than I expected. He used that time to teach; not what we were supposed to learn ourselves, but how to work together as a chorus.

After the fourth week, some pieces were still sounding pretty funky.  He stopped us immediately, gave us feedback and a chance to practice a few times. In the eighth week, one piece sounded pretty lame, and I love how he delivered his feedback.  He said, “That was terrible.”  He went on to say, “You heard it too, right.  Tell me you know that was terrible.”  As everyone chuckled, I sense there were more than me that were feeling pretty sheepish and vowed to work harder on that piece.  I have.

He Worked Harder Than Any of Us

I don’t mind the candid feedback when I respect the heck out of the provider.  It has been obvious since I walked in the door back in February that he had spent a great deal of time preparing, had obvious deep knowledge of all facets of the music and was going to make sure this was one helluva show. I don’t want to let him down.  My music is marked carefully to make sure I stop and start at the right times because he made a comment that “you don’t want to come in too early, or you’ll make us all look bad.” It was said with a smile on his face, but…

What Does This Have To Do With Organizational Leadership?

What I just described is part of a basic management course:  set stretch goals, provide tools and resources, give regular and candid feedback and take your leadership responsibilities seriously. We all learn it, but sometimes we forget just how powerful the basics can be.  We get caught up in the minutia of the daily grind. We find ourselves overwhelmed with deadlines, and our team “can wait.” It can’t.

The single most important role of a leader is to lead. That means setting course, correcting course when necessary and being helpful and visible.  McKinsey’s article about the failure of leadership programs says to me that most programs don’t set the standard for good leadership and then train to those principles.

Helping our leaders grow and develop the mindset that they are there to produce results may be a good place to start.

What will the measure of the Community Chorus results be?   A phenomenal concert.

What phenomenal results can you motivate your team to achieve?

The Monkey Experiment and Edgar Schein