Many years ago, I had the honor of working at a children’s camp for some of the world’s bravest kids. I mean seriously, is there any better feeling than knowing you helped create life-long memories for kids who would never, ever have an opportunity to attend any other camp? These are normal kids with diseases and conditions like cancer, heart disease, asthma, epilepsy that would otherwise keep them from riding horses, climbing rock walls, swimming, etc.

One day, I’d truly had enough so I left the book out in the center of my desk and stacked up all the clutter so there was no missing it.

With work like that, you would assume that the work environment would be just as rewarding, but that’s not always the case. I was getting pretty frustrated with the unspoken expectations, the clique-y nature of my “team”, and being ostracized for “not being like the last guy”. I was spending my days off at a local bookstore and ran across a book called, “Fire Your Boss”. That book called out to me like a beacon to lost ships. The title alone was exactly what I wished would happen in my case…nearly did once – nearly. So I bought it. I didn’t have a clue what it was about, as I didn’t even bother to read the back cover. With a title like that, how could it be bad? I kept the book hidden in my office, reading it when I could without being caught. One day, I’d truly had enough so I left the book out in the center of my desk and stacked up all the clutter so there was no missing it. Oh to be young and reckless. My boss was nosy, so I had no doubt she would come poking around my desk and see it. I hoped she’d see it and I hoped it would give her pause. After a few days of her not mentioning it, disappointed, I gave up on my little civil disobedience and took it back to my shared double-wide. Let me tell you, living and working on the same property is not for the faint of heart. Who knows if she ever saw it. Oh well. You win some, you lose some.

I make light of the situation but in reality, I was miserable. I moved 1000 miles from home to a new job in a new town where I knew no one. It was beyond scary. I loved the actual work I was doing, but I detested the place I worked. I tried to focus on the positive and remain in good spirits for the team of summer staff and volunteers I was leading, but I knew I wasn’t doing them or myself justice. I tried to find ways to be successful and was able to create my own wins…that was a skill that has proven to be beneficial in lots of ways since then.

I actually learned a lot from that book. It’s based on the premise that when you fire your boss and hire yourself, your perspective on the world changes.

Talk about a freeing concept. Taking back control of anything is empowering, but taking back control of your work life is amazing. No longer did I feel trapped, I had discovered a way out.  The key to accomplishing this is discovering and adopting a new mindset and following the author’s seven steps…all these authors and their number of pills to swallow, steps to climb, laws to follow.  Seven Habits of Highly Effective People…21 Irrefutable Laws of Leadership…The Three Laws of Performance…all great books, but to follow them all would cause paralysis by analysis. I like more provocative titles…First, Break All the Rules…Fire Your Boss…NUTS!…Wicked! But, I digress.

Being there and cheering them on as they do it, however, was life-changing for them and for me.

So I eventually fired my boss, started learning how to give myself back the power I had given away, and made some changes. I left the operations team and went to work on the administrative team. I was now a fundraiser. I went from creating memories to telling the stories of how those memories impact the lives of so many kids. I got to travel across the state spreading the magic of camp and surprising to me, I was actually half good at it. If I had not been on the Ops team, I would never have been able to tell the stories first-hand. Reading a brochure doesn’t quite do justice to a story about kids overcoming their embarrassment to take their shirts off at the pool because of scars from their heart surgery but finding the courage from each other to show off that scar like a badge of honor. Being there and cheering them on as they do it, however, was life-changing for them and for me. I found that I had a knack for sharing their story. I measured success in two ways: 1) the amount of money or donations I collected, and 2) the number of people I could make cry. Those tears were proof that they felt through my words what I felt in person. Not exactly something you’d put on a scorecard, but it was definitely a KPI.

So what does this have to do with leadership and with coaching? Everything! For starters, you can learn a LOT from working in toxic environments. You learn what NOT to do and sometimes that is just as important as learning what TO do. You live and breathe and experience the output of poor leadership. Like putting your hand on a hot burner, you never want to feel that again so you don’t touch it and you do everything you can to prevent others from experiencing that pain. Secondly, as a leader, you have to make tough choices about your own career and take risks for your own sanity. Patrick Lencioni says the team you’re on is more important than the team you lead. We could debate that all day long (and I have), but the nugget I take away is that to be a successful leader, you have to build relationships and alliances with your own colleagues.

I was not successful at doing that when I worked in camp operations so I knew I needed to make a change…for my team, for the campers, and for myself. That notion is especially true in healthcare operations. Can you imagine the director of the emergency department and the director of radiology being at war? Who loses? Both teams for sure, but more importantly the patients lose. “Oh, the CT is down in the ED…I’ll get right on that…next week.” Really? People can die because of delayed imaging because if you don’t know what’s wrong, you can’t very well fix it. In each of these scenarios, having a coach to explore possibilities and bring into clarity the core of any issues you are facing could in fact, change your outlook and your life or career trajectory.

So I leave you with a few questions…are you building relationships with your peers? Are you feeling empowered in your career or are you feeling trapped? Are you maximizing your potential for your team, your patients, your campers, your customers, and yourself? If not…it’s time to be a leader and make some changes. 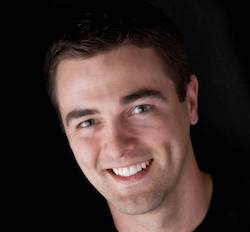 Gary Owenshttp://www.clareocoaching.com
With over 10 years of experience coaching individuals and organizations across multiple industries, Dr. Gary Owens has spent his career helping others achieve their greatest potential. In addition to the countless workshops he has developed and facilitated as an internal coach/consultant, Gary has extensive work in healthcare and has taught multiple collegiate leadership and management courses. He’s the Chief Coaching Officer at Clareo Coaching, a practice dedicated to helping individuals and organizations bring clarity to a complex world.