Finding the Root Cause of the Problem

Why do you ALWAYS do that!?

Have you ever found yourself with this type of (over) reaction to something that seems very small (if you were to step back and look at it) with someone at home or in a work situation? It could be someone leaving water on the sink and not wiping it up. It could be someone at work asking a question at an inopportune moment. There are many things that come up in our lives on a daily basis that don’t bother us but then there is that one time and it becomes not a big thing but THE thing.

Most likely there is a bigger issue you have with this person and this one thing happens to be the catalyst for your frustration. Sometimes we allow things to build up and we do not communicate with them until things take on a new energy all of their own. The best advice is to make sure we are openly communicating so we can deal with things before they get out of control.

There are issues in our lives that come up and we feel that we know what the problem is. When we sit down and really think about it though we find that it is much more than that and not at all simple. We call these “surface structure” problems and “deep structure” problems. We find things that we are upset about and on the surface that is the only issue. Sometimes through self-introspection, you can figure out what the real problem is and how it affects you. Other times it is best to work with someone who is trained to support you on discovering the deep structure problem and clearing it.

When I work with a client I am basically looking for the root of their problem. Where it comes from so we can process that and then they will no longer be bothered by things in the present that are derived from that root. If you had a bad experience with a dog when you were a young child, it could affect the way you interact with dogs for the rest of your life unless you deal with that one moment. You may not even consciously remember the incident but your actions later in life could be based on that.  If you had an incident in your formative years where you were told that something was bad and you adapted it as a rule then later in life you would continue to react to that same type of situation based on that. Even if it’s not how you consciously feel, that past rule would still drive your behaviour.

Sometimes I have potential clients come to me and want to do a Hypnosis session and I believe their thoughts are that it would be a one-time session and they will get the results they want. I know there will be some out there in the field of hypnosis that will disagree with me because in certain situations you can get results with one session but overall it is not a one-and-done thing. I explain to them how if you cut the top of a weed off but do not pull out the roots then the weed will show up again later down the road. Same with problems, you can do things to get rid of these symptoms but if you don’t find out what is truly going on then you will have to deal with it again later on.

If you find yourself overreacting or feeling frustration at a situation that you know isn’t that big of an issue I would suggest taking a moment to step out of the situation and asking yourself what is really going on.

If it comes up more than once or if you are not getting the results you want in the area of life it is coming up in then I would recommend working with someone that can support you to figure out what is really going on. 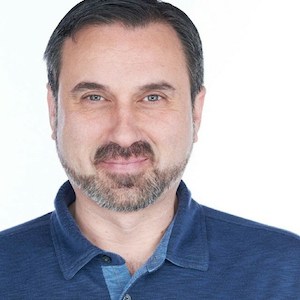 Jason Juradohttps://www.onepathcoaching.com/
Jason is the owner of One Path Coaching where he works with clients to support them in designing and living the life they desire. Jason has had two major passions for as long as he can remember; supporting others on their personal journey and writing. Jason's earliest story was written about a trip his family took to visit his grandmother in the hospital when he was in the third grade. He has continued to write travel stories, fiction, and poetry throughout his life. Since he has gone full-time with his business over the past year he has been writing articles about mental health, wellness, and spirituality and posting them on his social media accounts.  Jason discovered meditation at a very young age through his martial arts practice and has continued to study and practice mindfulness and meditation since then. After graduating High School Jason joined the U.S Marine Corps and spent five years traveling the world. During that time he was stationed in Japan and continued his education there. After getting out of the Marine Corps, Jason went into Retail leadership where he was also an area manager, and trainer and worked as part of the regional HR team. The experience he gained in these roles supports his work in teaching others about leadership and how to improve their communication skills. Jason’s formal training is in Neuro-Linguistics (NLP), Hypnosis, Time Line Therapy, and Recently Polyvagal Theory. This year, Jason has done several podcasts and video interviews about stress management and anxiety relief and also talked about how people can use NLP to live the life they desire. In October of 2022, Jason will be part of the NLP Master Summit.

The Importance of Focus