Feminism: The Greatest Crime of Our Time? One hundred years ago, women came out from under the yolk of man and began to breathe the fresh air of liberty.  For aeons, women had been harnessed to a lifestyle that literally obligated them to find a man to marry.

In order to be considered a decent woman, it was the right and proper thing to do.

The striking reality of this situation was highlighted in 1917, when the headmistress of Bournemouth High School for Girls, announced to her pupils that…

…and she warned them of the fight and struggle ahead that came with the “terrible fact” of being alone.

Ordering millions of men to die horribly in the trenches of the First World War had a tendency to bring out the dramatic.  Husbands, fathers, uncles, brothers and sweethearts and, at times, whole villages were wiped away in a day.  It was likely a bullet buried itself in his heart on a battlefield somewhere in another land far, far away.

Of course, society had to change.  Family life needed to be restructured.  At first, subtle waves rippled in cities where women woke up to the fact they could secure jobs suitable to their skills, rather than the one path offered to their lot in life.  Only a short time passed until society was rocked by the shocking acts performed by ‘outrageous’ frustrated women forcing attention to their plight with the suffrage movement.  Then, along came the damnable introduction of birth control.

To understand the use of dramatic words to describe the changes made during this relatively short period of time, you need only ask your grandmothers.  Their life experience exposes a period in living history that will tell you more than you can ever read in books, magazines, newspapers, watch on the TV, at the cinema or search online.

During this relatively short passage of time men, it seemed, had outlived their usefulness.  At first through necessity then, later, through choice.

Of course, if you do read history books you’ll be aware that women have always found ways to stand alone, to stand up and to be counted.  Mary Bankes is one such woman.  In 1645, when Roundheads were crushing the Cavaliers for control of the nation’s governance, it has been reported that Mary was there up on the ramparts with her children, throwing stones at four hundred of Cromwell’s men battering down the gates of her home, Corfe Castle.  Nick Churchill’s article Queen of the Castle, in Dorset Life quotes: “It was reported that with her daughters and five soldiers ‘by heaving over stones and hot embers, they repelled the rebels, and kept them from climbing their ladders’.”

And, who can forget the remarkable efforts of ‘The Lady with the Lamp’, Florence Nightingale?  Instead of heavily heaving her ample bosom and feinting at the slightest hint of a wound on her lover’s little finger, she forged a path through the bloodied and stinking bodies of men dying on the battlefields – in order to heal them.

Of course, there will always be countless stories buried in the annals of dusty libraries, but you and I have to make the effort to prize them out from between heavy binding, with some libraries in chains.

But it has to be acknowledged, these women were the exception, not the norm.

In my own effort to tease out stories of women who had chosen a life without men, my search kept leading me to stories that showed a different sacrifice.  One made by men who had lost the meaning of their existence and were unable to find their true and proper purpose in life.

This was compounded by an article I read in The Daily Mail in April 2015, The Denigration of Men by Peter Lloyd who had written a book on the topic ‘Stand by Your Manhood’ where he states that despite feminists asserting they still live in a patriarchy and give them a hard time, men are:

He also stated the sad fact that men died sooner too.

The impact of that article still leaves its mark in my conscience today.  For a woman who has lived for the most of my life like the women of the 1920s, alone, I found myself agreeing with the majority of Lloyd’s remarks in defence of men.

Men, it seems, appear to have lost their way.

You’ve only to look at the recent campaign to highlight suicide rates of men in the States and Britain, to understand this small, but relatively important, fact. According to the Mental Health Foundation, in 2016 there were almost 6,000 suicides recorded in the UK.  Seventy five percent of these were men.

Another fact remains.  While there is a need to acknowledge women’s voices have been squashed over the centuries, women’s relatively recent freedoms have come at a high price.  But, it is a price that has been paid by women and the men that love them.

During this time of historic change for women, we mustn’t lose sight of the honourable willingness men have shown.  That they have been able to change their whole ways of being – for the women they love.

Men have stepped up to the mark.  They have staunchly supported women throughout.  That act must not be ignored.  We must admire that.  While they have demonstrated over the many years of hostility shown throughout the major world wars and minor battles, that they would not hesitate to give up their lives to save the countries they love in order to protect the women and children who love them, we must not forget to admire the sacrifices they have made for us throughout history – and even right now.  We mustn’t forget to stop and try to understand what they want.  We must find a way to make them feel valued, again.

Sometimes, at their own expense, men have enabled women’s empowerment to happen.  We mustn’t fear the power they have wielded over the centuries.  Instead, we must begin to acknowledge that, without men’s contribution towards the women’s movement of change, it would never have happened.

In order to be considered a decent woman, it is the right and proper thing to do. 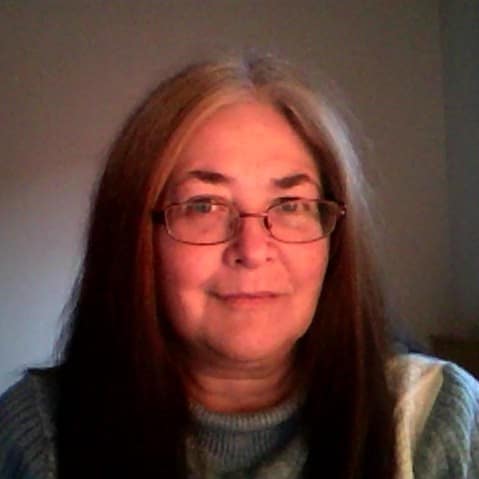