No one likes to be taken advantage of.  And we carry this torch for fair treatment right into the workplace.

Organisational justice is concerned with the perceptions of fairness of employees. Since such perceptions shape the attitudes and behaviours of workers, this theme has become salient in understanding specific negative actions that aggrieved workers display.

Literature from researchers in the field has listed two, three, and even four models/components of organisational justice. However, the three main types are distributive justice, procedural justice, and interactional justice.

This type refers to the outcomes of a decision, i.e., the fairness of the ends achieved.

According to Mowday (1996), it’s irrelevant if the individual produces high inputs (whatever contributions he/she gives to the organisation, such as time, knowledge and skills) and receives low outcomes (whatever he/she receives from the organisation, such as pay, perks, and appreciation) as long as his/her ratio is identical to the comparison other (colleague). When the ratio is different, inequity arises, and the individual perceives his/her outcome as unfair.

But what becomes interesting is how the worker restores equity. Adams (1963) described six methods the aggrieved staff could use:

This Theory is relevant today because it suggests that the motivation to restore fairness leads workers who perceive distributive inequity to engage in attitudes and behaviours that may negatively impact an organisation. They could use acts of retaliation like slowdowns to lower their inputs, which may accompany underpayment. (Cropanzano & Folger, 1996).

However, note that it’s more difficult for the individual to alter the inputs or outputs of the comparison other to restore a state of equity. Therefore, Raja (2009) suggested that the employee might change his/her inputs or outputs first by:

Therefore, organisations should focus on the urgent dilemma of who gets what vis-à-vis rewards. This issue becomes critical during organisation-wide changes such as layoffs, mergers, and acquisitions. To solve this problem, Levanthal (1976) suggested that a distribution rule of allocation be based on equity (contributions), equality, and need.

Distributive justice is essential in the workplace because it predicts satisfaction with perceived outcomes (Folger, 1987). It also provides a motivational force for the employee who perceives distributive injustice (inequity) to act in destructive behaviours that harm other people, their property, or sources of livelihood. (Cropanzano & Folger,1996).

Now distributive justice doesn’t ‘happen’ in a vacuum. Its effect on employees’ behaviours is best understood when you consider the procedures that led to the outcomes in the first place — procedural justice.

Procedural justice is concerned with the fairness of the processes by which a decision is made.

It’s pertinent during an organisational change such as downsizing because employees don’t often get what they want. In such a scenario, the fairness of the procedures taken may be more relevant in predicting the behaviours of employees — rather than whether the staff received what they considered fair concerning their contributions to the company (distributive justice implications).
Levanthal (1980) identified six criteria that managers should adhere to so that procedures can be perceived fair:

Negative indications of the criteria above lead the worker to perceive that procedures taken regarding decisions are unfair. Cropanzano & Folger (1996) explained that procedural injustice undermined loyalty to the institution and its appointed representatives. Moreover, Blader & Tyler (2000), drawing on evidence from various researchers, reported that procedural justice was an essential predictor of the following:

Interestingly, researchers in the 80s and 90s recorded some results on the interactions between distributive justice and procedural justice. Two of their most relevant findings are highlighted below:

I) If employees perceived the procedures as fair, even if the distribution was inequitable (i.e., outcomes were unfavourable), they were less inclined to take destructive actions against those in authority.  (Folger & Greenberg, 1985; Lind & Tyler, 1988; Cropanzano & Folger, 1996).

But in what manner should employees be treated, and how should communication be handled for their welfare? Interactional justice helps managers understand interpersonal relations at the workplace.

This type refers to the fairness of interpersonal treatment. Bies & Moag (1986) explained that such fairness should be based on four criteria:

They stated that negative angles to those criteria communicated to the employee that he/she has been unfairly treated on an interpersonal level.

Interactional justice is also vital during change programmes because of the social accounts provided. For example, adequate justification may help reduce moral outrage that leads to negative behaviours. It also maintains a more positive image of the leader and better supervisor-subordinate relations (Cobb et al. 1995). There is an additional motivation for ensuring that employees are treated with professional courtesy. Cobb & Wooten (1998) explained that social accounts help reduce dysfunctional attitudes and behaviours following disappointing decisions and may even provide the motivation for change.

The three types of justice are best understood when they interact with each other rather than in isolation. They influence and sometimes predict the attitudes and behaviours of employees in the organisation.

Extensive organisational justice research has recently provided new angles to this crucial management issue. However, one irrefutable fact, supported by numerous studies in  organisational behavioural science, is worth highlighting:

When employees perceive that they’re unfairly treated, they’ll display negative attitudes or engage in destructive behaviours that will affect the organisation.

Know that organisational justice shapes employees’ perceptions, which impact everything at work.

So, which would your organisation rather be? A productive work environment where fairness is championed, or a sinking ship? 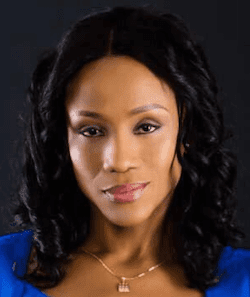 Lucille Ossaihttps://lucilleossai.com/
Lucille Ossai is the Amazon bestselling author of the business communications blueprint 'Influence and Thrive'. She's also a communications trainer, keynote speaker, advisor, coach, and multi-award-winning blogger. She holds an MSc from the London School of Economics (LSE) and a bachelor's degree from the University of Leicester. In 2021, the latter featured Lucille’s book and highlighted her work in their alumni #CitizensOfChange initiative. In May 2020, LSE named her 'Alum of the Month' for her profile and impact. Lucille helps professionals, entrepreneurs, and business leaders improve their communication skills to amplify their influence and thrive. As the founder and chief communications trainer of Rethinking Business Communications Limited, she offers customised virtual, hybrid, and in-person communication programmes. Her services include coaching, training, and advisory sessions in nonverbal communication, public speaking, interpersonal communication, and business writing. Lucille’s clients include Nestlé Nigeria, Nigeria Stock Exchange, Society of Petroleum Engineers (Lagos Chapter), and Ischus. Lucille’s expertise is globally recognised. In 2022, Global Gurus, the prestigious research organisation, ranked her the #5 communication professional in the world. She was listed alongside communication greats such as Nancy Duarte (#2), Dorie Clark (#6), and Julian Treasure (#10). She was the only African to feature in the communication category. Her multi-award-winning blog, Rethinking Business Communications Blog, is widely touted for its original, insightful content and has cemented her thought leadership status in the field. It’s also the only African-based website to appear on Feedspot’s authoritative rank of the top 40 communication blogs. Lucille’s written work is also lauded. Her technical note on business writing has been featured on The Case Centre. Her articles have also appeared in reputable publications, including BusinessDay Nigeria and Enterprise Africa.