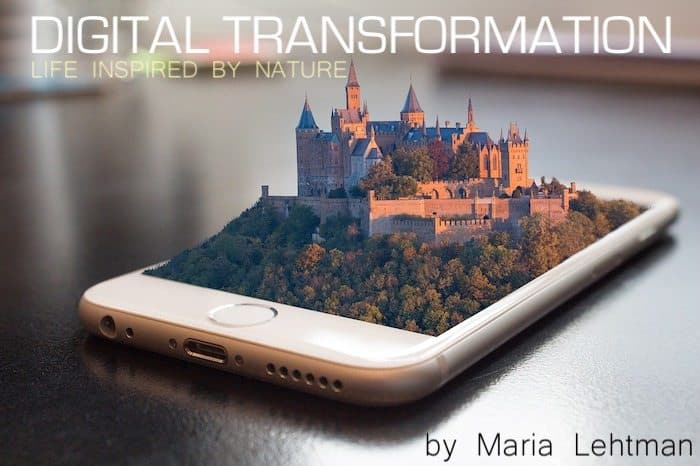 We are seeing an expanding nature divide in our world. We witness a constant increase in population growth, amount of cities, people living in metropolitan areas, demand for longer working hours and careers. At the same time, nature is taking a hit on diminishing free range areas – a combination of erosion, natural disasters like fires, over-utilization of resources and, people who are less and less exposed to nature.

According to the “Population Division” report from the UN’s Department of Economic and Social Affairs Today, around 55 percent of the world’s population is estimated to live in an urban area or city. The percentage is forecasted to rise to 68 percent over the coming decades. If we jump forward to 2025 the figure is closer to two-thirds of the population living in metropolitan areas globally.

While concentrating intelligent technology and infrastructure makes sense in a growing population, it is bringing challenges that are toxic to human life. Our industrial era and its pollution did not disappear. The Western World may have changed some of its energy sources – but meantime we also concentrated the new digital age production challenges to other regions, such as the Asia Pacific.

World Economic Forum reports that air pollution may actually be the cause for ca. 7 million deaths per year and ‘chronic’ unhappiness. Lowering air pollution would reduce the risk of strokes, heart disease, lung cancer, and a number of respiratory diseases.

If we cannot move fast enough to make not only smart cities but smart living – we will have a great nature divide and exclusion. People with less access to natural habitat and the benefits for mental and physical health.

The working habits creates another hazard. Our glow kids, the ones spending their nights and days on mobile are the first ones facing nature deprivation. Adults spending their time on various tablets, screens, and media due to work and private life, face just as unhealthy outlook. We are suffering from nature deprivation. And like any other deprivation, it feeds on itself. The less time in nature – the less energy to wander out even if you had the opportunity.

Digital exclusion makes the headlines quickly and continues to be an important topic. After all, we are looking to mobilize and empower people all over the world. However, I have seen only a few articles about nature inclusion/exclusion. How nature as the ultimate source of life is our home base for rejuvenation, a healthier life, and a balanced mind.

There are some small tasks we can do about all this. WikiHow gives tips about planting and gardening for areas with vegetation and room nature preservation. Ultimately the larger decisions will depend on public pressure towards businesses and public sectors making the right decisions. While it is not easy, neither is watching our thin green and blue jeweled crust on Earth disappear. It is a vast Universe out there. We were given the gem.