So, I moved to BC, Canada last Fall. Time for me to start over and experience a different section of Canada.

I moved in with friends and began my next phase. Exciting, but challenging too. I went into all this with a very open mind, with little expectations. To me, it was a journey to go on and I still see it this way although, the pandemic, health issues, and moving again put a bit of a glitch into my plan.

I recently arrived in a new area of BC and well I am homeless too. Never expected this and not easy for me to talk about, but the reality is I would rather be sleeping in a car than sleeping on the streets. I pretend I am camping outside, just without a tent.

I began in a shelter sharing a space with 15 men. I was the only female there initially for the mat program. It started off good until I showed that I was a kind, caring, and generous person. My fellow homeless mates appreciated me and knew they could count on me and trust me, but some of the staff did not like this.

I got banned from the shelter for 24 hours for being too nice. What?? Can one be too nice?

‘Whatever’ was my response after nicely and politely voicing my disbelief to the staff person (front-line) who on their own without management intervention or consultation made this choice. Another stood by without saying a word and then disappeared outside to clean the front walkway.

I managed in a park the first night with a fellow homeless person who acted as a bodyguard for me. I went back the next night to get on the waitlist and was told over loudspeaker without a face-to-face interaction that it was a week and not a 24-hour ban. ‘Say what???’ I asked why and was not given a reason.

Again, off I went and being resourceful, resilient, and motivated as I was pissed off at this point as it was beyond wrong sending a single woman out in 40 Celcius degree weather to the streets with my belongings, my current health issues, left to her own devices is beyond negligence to me.

I went to the RCMP who would not take down a report as the ladies in the front described what I went through as not criminal-oriented. Ummm, we obviously have a different definition of criminal orientation as to me this was clear criminal negligence.

Off to the local media, I went who listened to me and agreed and said I needed to go through the regulatory hoops and report it through the proper channels. Emails sent, reports made, and now I wait.

Week 3 on the streets sleeping outside; no income, job searching, going to all the agencies I am supposed to and 6 weeks after moving, still no income, no job (obtained a part-time job yesterday after applying for 39 jobs), no home, no bed, and I refuse to go back to the shelter that sent me to the streets.

Instead, I have chosen to raise awareness of this issue and the wrongness and negligence of what the shelter did and do volunteer work and check-ups on my homeless comrades as I call them. We all check in with each other and make sure we have at least 1 meal a day, a relatively safe place to sleep, clothing, etc.

What would you do? Would you handle this differently? Would you survive on the streets for 3 weeks as a single woman alone? 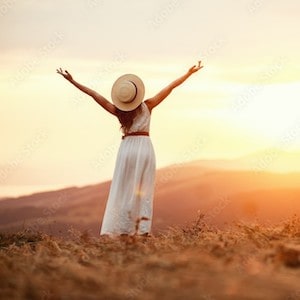 Zina-Vivianne Walker
I am an eclectic professional with many interests that surprisingly all tie together. Sometimes the interesting people with what could be seen as 'eccentric' qualities make people laugh, smile, be curious, and just spread a light of happiness & joy to others while encouraging growth and changes in mind-set.