Ensure Feedback is Heard and Used

BEING ABLE TO UNDERSTAND and act on feedback is critical to your ability to be a fully functioning and contributing member of your organization. Another critical skill is giving actionable feedback. Unfortunately, giving feedback doesn’t necessarily mean that a person will get it: really listen to it, strive to understand it, and apply it successively.

For feedback to be effective, you want it to be actionable. What I mean by that is it must be specific, rather than general. When you acknowledge a success or an achievement it should be based on inarguable facts rather than a mere, “Atta boy! Or Atta girl!” For example: “You did such a thorough job of putting that report together. I can see how extensively you researched the background information. Your writing is clear and concise.”

When giving corrections, the same attention to detail is very important. “In the future, I’d like to see you add at least two alternative scenarios that could result from putting your proposal into action.” Rather than, “You’re a smart guy, next time, can you give me a little more detail on the risk analysis?”

Feedback no matter how actionable also needs to be heard and used. According to Dr. Carol Dweck, a professor at Stanford University, one of the key determinants of what people do with feedback is their mindset. Individuals with a growth mindset (they believe that ability can grow through effort) attend to feedback and put it to work. Those with a fixed mindset (they believe ability is fixed and unchangeable) avoid or ignore it.

Dweck’s work with students demonstrates that a person’s “fixed” or a “growth” mindset determines how he or she literally hears feedback and whether or not they’ll use that feedback constructively. Furthermore, the researchers concluded that people with growth mindsets and fixed mindsets actually process feedback information differently.

A flash of insight showed me how this work can translate to mentoring partners, performance coaches, supervisors, and employees.

Dweck asserts that we should praise effort rather than inherent ability. For example, when we use something called the “Sandwich Method” of feedback, we tell the person what we like about what they did, or what worked, or what they did well, then give them a suggestion for improvement, and then follow up with another compliment.

This kind of feedback might sound like this: “You’re so gracious with everyone on the team. I appreciate that so much. To have things go more smoothly in the future, I’d like to see you make sure everyone weighs in before you move forward. Again, overall – great job, you really know how to cover your bases.”

If the person you’re giving feedback to has a “fixed” mindset, she may not believe she’s a gracious person, or gracious enough, or that she fully covers her bases all the time. She’ll automatically think there’s nothing she can do to improve because she doesn’t perceive herself to have those abilities, therefore, she can’t envision herself improving. She may even become defensive. However, if she has a “growth” mindset, she’ll automatically use the feedback to improve.

You probably already have a good idea of whether or not your mentoring partner or team members have a fixed or growth mindset. Giving feedback to those with a growth mindset probably works pretty well.

When giving feedback to someone with a fixed mindset, start by specifically praising the person’s effort. Then give them the improvement, or better yet, ask what they think they could improve if they are faced with the same challenge or circumstances in the future. Listen deeply and make suggestions based on what you have seen and end the conversation with another example of the good work they did.

Over time, you will begin to see changes in how they accept and act on your feedback. You’ll want to continually hone your feedback to be specific. This doesn’t mean you tell them exactly what to do and how to do it. It means you clearly express the expected outcome and how the result will be evaluated. This will ensure your feedback will be heard, understood and used. 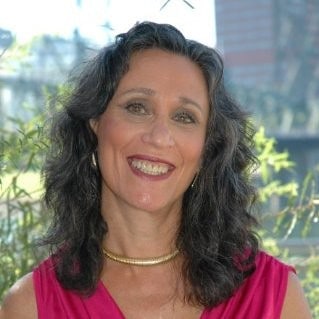 Susan Bender Phelpshttp://odysseymentoring.com/
SUSAN Bender Phelps is a corporate trainer, speaker and author. As founder and lead trainer of Odyssey Mentoring & Leadership, she helps clients create a culture of learning and support that allows their people to deliver breakthrough results time after time. Susan has 30+ years of experience working with leaders at all levels of organizations in many industries, including federal, state and local government, colleges, universities, for-profit and not-for-profit. Industries include healthcare, parks and recreation, advertising, accounting, scientists, physicists, architects, consulting engineers, construction, unions and clergy. Susan speaks nationally on mentorship, leadership and communication. She is the author of Aspire Higher, a collection of true success stories of career and business mentoring. She has a bachelor’s degree in Communication and a master’s in Management & Organizational Leadership. She is a certified SCUBA diver and loves to travel the world.

The 6th Strategy for Effective Mentoring

Mentoring & Fitting In at A New Job