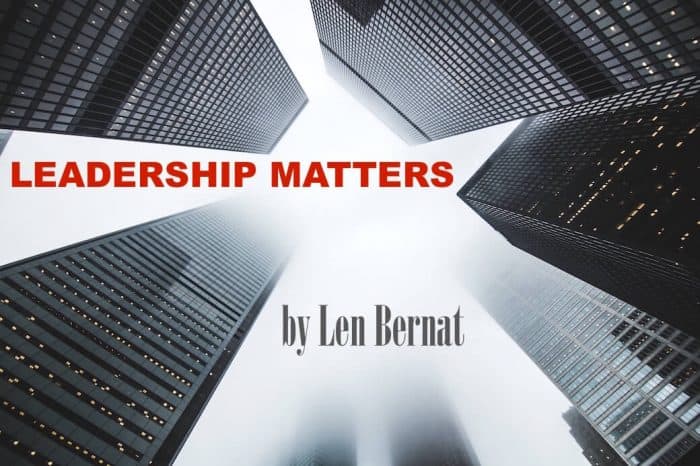 On December 29th, 2012, my family would be changed forever. On this day, my 25-year-old grandson, Brandon, would pass away. We did not know it but he was born with an Aortic Aneurysm as a result of Marfan’s Syndrome. So, while sitting on the deck cooking hot dogs and hamburgers for his son and his son’s kindergarten school friends, he stood up to get some Tylenol because he thought he had a toothache and fell to the deck. He was dead. There was absolutely nothing anyone could do.

My daughter and her husband were devastated to lose their only child. My wife was beyond consoling with grief. My two other daughters and their husbands were trying hard to keep it together for their daughters but you could just see the pain they were feeling. But I had to keep myself together for the sake of the family and because my daughter had asked me to do the hardest thing I would ever face – she wanted me to preach my grandson’s funeral because he had been attending the church where I preach regularly and “…only you know him well enough to tell his story.”

Being a retired Marine and a pastor, I knew I could handle this challenge. So, I stifled my feelings and began helping with every problem that arose. Brandon had custody of his son and the ex-wife was now wanting to take him immediately so we had to get a temporary custody order to allow my daughter and her husband to retain custody until after the funeral and we could go to court and make a case for permanent custody (without going into great detail, the mother has issues with alcohol and drugs so my daughter was able to get permanent custody). I went with my daughter and son-in-law to discuss arrangements with the funeral home and to prepare them for the shock of begin handed the invoice immediately and having the funeral director explain in detail each expense (this is actually Georgia law to protect the grieving but it seems so heartless – as a pastor, I have helped more than one family prepare for this shock). I helped arrange for folks to record all meals brought so later the family could properly acknowledge the gifts with a handwritten card and I ensured each person that stopped by to pay their respects was provided a heartfelt thank you for their kindness. In between all these activities, I had to manage my mother who was visiting at the time and is experiencing the symptoms of Alzheimer’s Disease. She could not understand why everyone was always crying and keep asking why we weren’t doing anything but sitting around. And, I don’t know how but I somehow managed to write the funeral service for Brandon.

On January 3rd, we gathered and I lead my family through the funeral. My voice cracked one time while reading Brandon’s eulogy but I quickly buried my feelings and was able to paint a word picture of the wonderful person with whom God had blessed our family during the funeral message. After the service, the funeral director came to me and told me that he did not know my grandson but after hearing about him, he wished he had had the honor of knowing him. I thanked God that He had allowed me to serve Him and my family during this time of heartbreaking pain.

Several weeks later, I was sitting in my doctor’s office for a scheduled visit and her nurse, Tammy, was going through the standard questions I had come to know so well. Then, she looked at me and asked if anything significant had happened since my last visit. I choked for a minute and then told her that my grandson had just passed away in December. She asked what had happened and I explained to her what we knew at that time which was not very much. And then I began to cry. Every tear I had stifled was coming and there was nothing I could do to hold it back. I expected Tammy to say, “So sorry, the doctor will be in to see you shortly” and run from the room. Instead, she moved her stool closer to me and just cried with me. I cried a long time and she never moved. And until the day I die, she will forever have a special place in my heart. What I needed more than anything else that day was to be able to sense that someone understood what I had been feeling. For so long, I had not been able to express my pain because I felt the need to be a rock of strength for my family. Her tears told me she cared and she understood.

Empathy is the ability to identify with and understand the thoughts and feelings of another person in a manner that conveys your caring to him or her. It is one of the most important traits you need to be an effective leader. So, when one of your team members is facing a crisis in their life, remember these points:

After the doctor had examined me, as I was preparing to go to the desk and make my next appointment, I saw Tammy. I gave her a big hug and whispered, “Thank you” in her ear. Now, when I schedule an appointment with my doctor, I truly look forward to the visit just to see my friend.

If you are going to be an exceptional leader, develop your sense of empathy for others and use this tool to bring comfort and healing to your team when necessary.