One of the more unexpected things I did recently was to put my business aside for six weeks in order to stand for Parliament in the UK.  It was not exactly on my bucket list.  The story of how we used creativity to carve out a unique position that set us apart from the usual suspects has many transferable lessons for business people, leaders in society and, dare I say, politicians on all sides.

The Year of the Cat 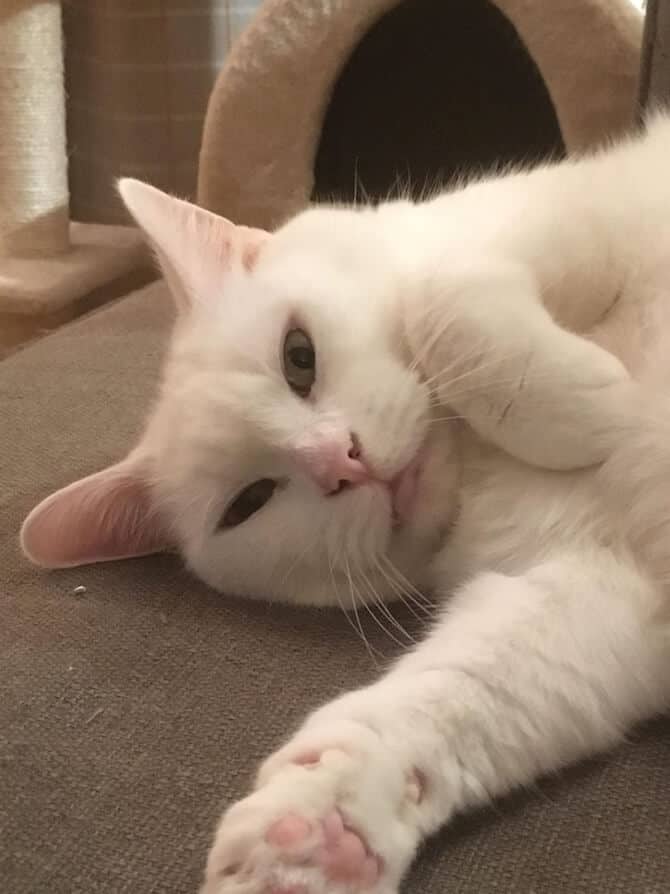 Politics in the UK has turned into something resembling Punch and Judy, or Punch and Jeremy to be more correct.  This is mirrored in other countries and has allowed populism to take hold.  What then to do?  Do you beat them or join them?  I decided that I would do my bit to leaven the status quo of our broken politics by outmaneuvering our populists, so I stood a cat for election.  Yes, a cat!  I had thought it was feasible that some people would find the argument “Could a cat do any worse than our politicians?” quite persuasive.  It turned out to be true.  Stan the Cat was born, actually, a fictional cat since my wife is allergic to them and I love our feline friends.  Stan began life as a ginger cat, quickly turned white and has morphed many colours, genders, and names since due to the voracious appetite of the press to film a cat rather than a catty politician …

Stan the Cat could not hope to win the general election without a party machine, unlimited resources.  Moreover, Stan’s purpose was not to win ANY votes at all, rather to disrupt the majority for the sitting tenant and make space for other parties to win the election.  It’s not so much that I dislike our Conservative Government, particularly its moderate side.  But our current kamikaze trajectory into splendid Brexit isolation economically, socially, environmentally and politically made no sense to me as a business person with a global outlook.  Stan’s electioneering strategy was to get Conservative voters to either vote tactically in the area, meaning a vote for Labour or the Liberal Democrats.  At the same time, I encouraged both parties to pool resources and for one to stand aside to improve the “math” of winning.  They did not, having also been unwise to support the call for an election in the first place.

Failing this primary strategy, Stan wanted Conservative voters to vote Green or even the UK Independence Party (UKIP), who Stan claimed offered the only clean break Brexit.  If people would not opt for any of these choices, Stan was content for people either not to vote or to vote for Stan, the UCAT Candidate.  All options would lead to a reduced number of votes for the prevailing party.  I was shocked to find out that Stan received 229 more votes than expected, outperforming the Christian People’s Alliance who have been doing this solidly for 15 years and also “lord Buckethead” who was seeking people’s votes.  We had some 300 online Cat candidates who adopted disruptive online strategies to face the sitting Tories using great British parody and satire of their real election promises.  Here is Stan’s Catifesto when he was called Athena and a ginger tom. Our online presence ensured a disproportionately high amount of national media attention.  Stan became famous right across Russia, as far as Australia and in various places in Europe. 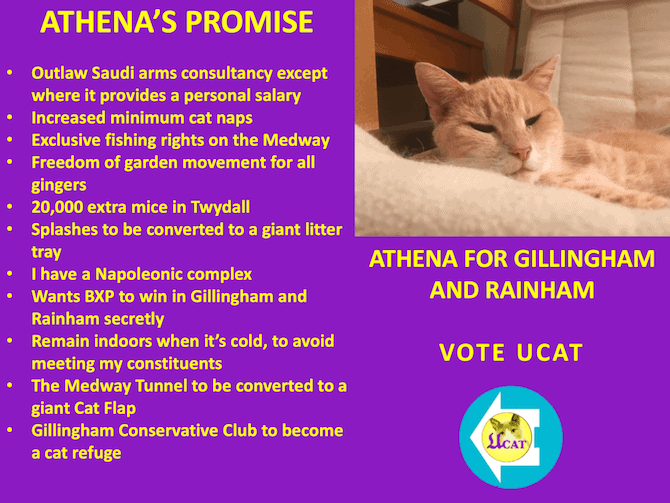 Although this whole idea started as an online joke, it soon became apparent that people thought that the idea of a protest vote with a purpose was far from a joke.

We ended up writing a short manifesto and attending hustings with the cat, spending 90% of our time on serious policy matters and 10% on comedic activity.

Some of the sitting tenants’ supporters told me that they thought I had done a better job than all the usual suspects on the stage at the event.  This was gratifying, considering that we started from nowhere some four weeks before the election. 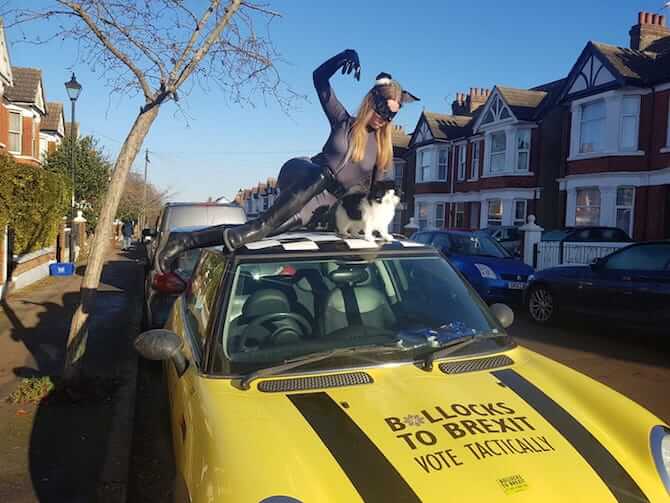 I plan to write this article in several installments.  Next time we will look at how we got on with campaigning and the creative strategy of reaching people from a position of zero authority or track record.  Finally, we will look at the impact of our strategy.  As a taster for things to come, here are a few of the more surprising moments from the campaign.