My first teaching day looked like this: huge high school, one of 19 English teachers — yours truly was the only male in the department — and 174 sophomores on my roster.

Power in organizations is the capacity generated by relationships.

Air conditioning was not yet in the district budget and my wife and I were still moving into the only place we could afford that would allow pets — 35 miles away from my job — and a new, horrible city experience for a young man used to the country.

With so many things seemingly to adjust to in my new job and new environment, what made the difference for me was the principal. He was genuine and self-effacing. He made it clear that he saw his job as helping the staff, his teachers, and, most of all, the students. He established a relationship of respect and trust from the start, and I survived my first day much better because I knew I had someone I could count on.

Two years later he was transferred — he was getting too close to the teachers and the community. His replacement demanded weekly lesson plans in a rigid format, seldom left his office, and spoke to teachers only when he had a problem (e.g. a parent complained or a class was too noisy). Three years later I left realizing I was becoming infected with cynicism. I’d been introduced to the difference between a leader and a manager.

As an English teacher, I love words. The root word for “administer” comes from a word meaning “to serve.” In a different district, as a resource teacher, I got to know every principal — 123 at the time — in the county I served. They fell roughly into two groups; those who saw their people as working for them, and those who saw themselves as working for their people. Decades later, as I started working more with tall children (adults), I read Douglas McGregor’s work.1 He had noticed the same pattern after observing thousands of managers and supervisors.

Mr. McGregor suggested administrators fall into two categories — authoritarian and participative. As I’ve worked in leadership for the past 25 years, I’ve noticed that most of those in authority — teachers in the classroom, principals in the school building —demonstrate authoritarian and participative behaviors situationally. It’s the balance that’s critical. Those who tend to be less authoritative and more participative produce lower levels of dysfunction and greater levels of satisfaction and development.

LEADERSHIP Innovate Transform conflict Ask What? Why? Challenge the status quo Eye on relationships Focused on the horizon Caught up in possibilities.

We can couch this difference by noting the differences between the frames of manager and leader and by seeking opportunities to pull back a little on the manager side, step up on the leadership side.

I’m not suggesting that either of these menus is better or worse. For an administrator to provide the full spectrum of guidance and support for everyone he or she serves, however, understanding which menu is the better choice in any given situation is a critical judgment. It’s also a tough call. In our challenging times, those of us with administrative responsibility need to be more attuned to the need for leadership. We face the challenges of a rapidly changing political environment, shifting demographics, and a startling influx of younger teachers who see their role very differently than teachers did even a decade ago. The result of choosing leadership, over time, is a shared vision, alignment, and mutual support — transforming relationships. We can start that journey by reframing how we see our connection to the people around us.

The traditional organization chart is vertical — a graphic that clearly implies, even shouts “I have more — or less — power than you!” The impact of this vision is to isolate us from each other. We fall into cohorts based on apparent power — superintendent and central office, school administrators, school staff, teachers, support staff, parents, PTO’s, the union, students, and so forth. The structural vision of the organizational chart limits our ability to generate better relationships: “For the most part, we do not see first and then define, we define first then see.”2

As an English teacher, I love words. The root word for “administer” comes from a word meaning “ to serve.”.

As I developed in my teaching career, I changed how I saw myself: I redefined my role.  As I coach administrators, executives, and groups, I have found I am much more effective when I see myself as part of a matrix rather than as part of a hierarchy. I am not in charge of learning, I am a part of the learning. I don’t know more than the participants, I know different things than they do. We are all partners in discovery and insight. I have some special responsibilities as the instructor — these responsibilities are not greater or less than those I serve, just different. My role is to best provide for their learning and development by best nurturing a relationship built on mutual courage, understanding, attention and trust. In the matrix perspective, each member’s differences provide a resource rather than an indication of status or a challenge to apparent power. When we operate in a matrix, we realize how critical understanding all those around us becomes — not their roles, but who they are.

Overwhelming research demonstrates two behaviors increase the power of relationships over time, whether in a family, scout troop, church group, department, or school. The first is disclosure — being candid about ourselves (open and vulnerable) and accepting of others (listening and paying attention with the goal of understanding rather than of judgment). The second is feedback — accepting that intent and impact are always different, and that we don’t begin to understand each other until we share (and accept others’ sharing) the impact of behavior. Most of us (myself included, and I’ve learned this lesson with some painful surprises) think that if no one’s giving us feedback, everything’s OK. In truth, the absence of feedback only means that no one’s giving us feedback.

I encourage those I coach to use a simple diagram to help us all develop and become better connected to those around us. It’s about control. I’ve seen administrators cause real, lasting damage when they saw their role as controlling other people. Being clearer about our personal power is a great leadership exercise.

As an example, I’ve learned to place “other people’s beliefs” in the Neither category. I made the mistake in my early days of coaching trying to fight that no-win battle.

As a leader, we can influence others — maybe that’s what leadership is, in a nutshell.

What we can always control is how we see ourselves and others, how we react to challenges and deal with conflict, and how we give and receive feedback.

Finally, we can exercise control over our own learning and influence others’ development by discovering and sharing lessons on subjects like Emotional Intelligence (any work by Daniel Goleman), motivation (I recommend Daniel Pink’s Drive), and transforming conflict (any of the books and articles, and the TED talk, of William Ury).

In sports, we hear about “muscle memory” — a grooved golf swing or a backhand in tennis that’s learned through practice until it’s intuitive. A mindful awareness of the distinction between management and leadership can lead to that same intuitive (and effective) balance of practice and performance as we develop our administrative aptitude.

This article originally appeared on SEEN and is featured here with author permission. 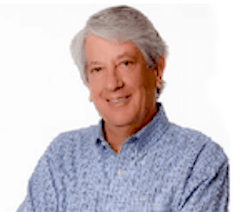