Doomsday Prophecies Are Meant to Fail

We control our destiny.

The Mayan Calendar, Edgar Casey, Nostradamus, and the Biblical Rapture have one thing in common – the end time they predicted has not happened. I believe that this is because their failure to come true is a different kind of success. A successful doomsday prophecy is one that heeds a dire warning to humanity and gives us the ability to control our destiny.

World War I and World War II were supposed to be followed by World War III that would end humanity. It has not happened yet, and I don’t think it ever will. Humans realize that war is not the answer. We still have smaller battles, and this is a tragedy and a huge concern that must be resolved — any conflict is wrong. My heart breaks for those involved that cannot see a different way to solve their problems. Even with the uncertain political environment that we face around the world today, I see a move towards denuclearization. Maybe our current populous leaders are setting the stage for us to commit to a saner existence for all.

As a visionary, I have a pretty good ability to feel and see where the trends are taking us. Right now, it looks like we are taking a step backward in our relationships around the world, and this seems very dangerous.

My impression is that this has always been the way that humanity has evolved – two steps forward, then one step back. Now and again, we take three or four steps forward before our inevitable step backward. So, while women’s’ rights and immigrants’ safety appear to be going backwards and the rich seem as greedy as ever, we are coming to a point in time where many people agree enough is enough.

We have just transitioned from the Age of Pisces into the Age of Aquarius. For those unfamiliar with the astrological time-periods, it merely describes the state of the collective consciousness. This transition is going from a period of human consciousness that trended towards group thinking and following a leader into individual sovereignty and independent thinking. It is why we see significant organizations like religion and government breaking apart. The age of gurus is over. The transition is creating a grand leap forward accompanied by a period of social unrest.

Chaos usually precedes a grand leap forward. I don’t think anyone will argue that the world seems chaotic. One of the by-products of doomsday prophecies consciousness has been a spin-off of lesser ominous predictions and conspiracy theories that are even more manipulative and destructive than the big ones, as these find ways to seep into our everyday thinking. These include end-time predictions like Haley’s Comet in 1910, the Large Hadron Collider in 2009, and cult predictions such as from William Miller in 1843 and Harold Camping in 2012. As for conspiracy theories, we can always count on something being from the deep state, and the list is too long to go into.

These lower-level doomsday predictions have always lingered out on the edges of society. Lately, they have taken a dangerous turn as they have infiltrated the mainstream and have gotten into the cogs and wheels that drive our communities. This draws in more people as they stoke fear in the sanest hearts. The world looks like it is tipping into the hands of madmen.

The good news is that people’s hearts are changing for the better. As hysteria grows in some inner circles, the mood of the public is growing tired of this irrational way of existing.

You don’t see it on the nightly news. You will never see it on cable news. It’s hardly mentioned in our local papers, but people are doing amazing things and inventing creative solutions to our problems in all areas. There’s a whole world existing now where we are heading in a positive direction. Are you a part of this new world?

Yes, there are doomsday scenarios out there to be embraced by fearful people, but I also see that many loving hearts are rejecting their inevitable predictions of the end of humanity. I see a light at the end of the tunnel, and it leads us to the better world our hearts and souls are calling for.

Franklin D. Roosevelt said, “the only thing we have to fear is fear itself.” Fear is what drives doomsday prophecies and irrational thinking. It drives inequality and racial bias. The light at the end of the tunnel is Love. It goes back to divine living. Once enough of humanity reconnects to their divinity, fear will dissolve, and we will gain a collective clarity. In a way, we will have to thank doomsday prophecies for succeeding in helping us create a better world. 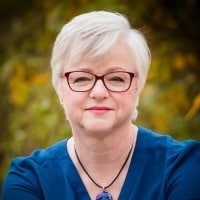 What If The World Was All White?