(Note: I’m a big fan of Marshall Goldsmith and would like to share this one from him on delegation – enjoy!)

When C-level executives are asked what change they could make to become a more effective leader, one of the most common answers is, “I need to delegate more!”

My caution to these executives is always the same: Don’t delegate more. Delegate more effectively.

Delegation is not a quality like “demonstrating integrity” or “complying with the law.” Honest, ethical and legal behavior is always appropriate – delegation isn’t. Inappropriate delegation can do more harm than good. I saw an extreme example of the “empowerment is good” flaw in one of America’s largest companies. The CEO naively believed that his employees would always rise to the occasion and see the value of their learning through mistakes they made. He eventually promoted people to levels that were far beyond their capabilities. These people were not ready for the challenge. Perhaps they could learn from their mistakes when the mistakes cost thousands of dollars, but the company went bankrupt when the mistakes cost billions.

To help leaders ensure effective delegation, my advice is simple:

Have each direct report list her or his key areas of responsibility. Schedule one-on-one sessions with each person. Review each area of responsibility and ask, “Are there cases where you believe that I get too involved and can let go more? Are there cases when I need to get more involved and give you some more help?” When leaders go through this exercise, they almost always find that in some cases, more delegation is wanted, and in others it is not. In fact, more help is needed.

Ask each direct report, “Do you ever see me working on tasks that someone at my level doesn’t need to do? Are there areas where I can help other people grow and develop, and give myself more time to focus on strategy and long-term planning?” Almost invariably, direct reports will come up with great suggestions. For example, for several of my C-level clients, team management has emerged as an area where letting go can both free up executive time and help develop direct reports. Too many top executives feel a need to schedule team meetings and then act as traffic cop during the meeting to ensure that the time schedules are met and that agendas are completed. This meeting management task can usually be delegated on a rotating basis to direct reports. This helps direct reports understand the agendas of the peer team members and allows them to develop their skills in building collaboration and reaching consensus.

In one example, a CEO was frequently traveling. He would not schedule any team meeting when he was on the road and was falling behind on some important projects. A team member suggested that he did not have to be present at every meeting and that the team could still get a lot done without him in the room. He was pleasantly surprised at the outcome. Decisions that involved cross-divisional cooperation were made effectively without involving him. Another advantage was that his direct reports were getting on-the-job training that could help them take on larger responsibilities in the future.

On the other side of the coin, a division president learned that his employees consistently wanted more direction on one key topic. The company was operating in a rapidly changing environment. His direct reports didn’t need to be told what to do or how to do it in terms of technical details. They needed to know how their work was fitting into the larger strategy of the corporation and how their efforts were aligned with their peers both in the division and across the company. By establishing regular bi-monthly check-in meetings with each person, the president was able to increase the effectiveness of the team and help them build better relationships across the company.

What are your next steps? When are you getting too involved? When do you need to get more involved?

Ask yourself these tough questions. Then ask the people who are working with you. The answers may save your time and increase your team’s effectiveness. 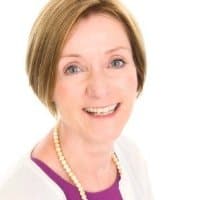