[su_dropcap style=”flat”]I[/su_dropcap]NDUSTRY 4.0. Made in Germany. The triumph of reason and predictable rationality is here – to stay, to develop and to trend up the “Made in Germany” brands widely around the Globe.

I would like to invite my readers to a conversation about Industry 4.0. It might be argued that because German companies were not among the global very few first runners and winners in winning from Internet-based initiatives and reality, Germany is now the front-runner in the ‘Industrial Internet of Things’. A branded and trended phrase. Call it what you wish – but do get to know what is being created, supported by government as well as corporate funding and other kinds of initiatives (e.g. strategic decisions, research and development, etc.).

Go-digital; go-inno; go-cluster are three points of focus, three parts of the “Förderprogramm des BMWi zur Digitalisierung” (translates to “Funding of the BMWi for digitization”). BMWi – Bundesministerium für wirtschaft und energie – the Federal Ministry of Economy and Energy. In Germany, the top priority programs and projects are being granted the special attention and support from state as well as private sources of funding. As the top priority focus and magnification, the digitization is included into the strategy of the BVMW – The German Association for Small and Medium-sized Businesses (The “… backbone and impulse of the German economy”) embracing around 3.3 million individual enterprises/members of the Association.

Among names in the academia ecosystem of Germany that bring together the international as well as German experience; Embracing digital disruption is  Dr. Joseph Peppard, Professor, Head of Information and Communications Technologies @ the ESMT – European School of Management and Technology in Berlin. Founded by 25 leading global companies and institutions, the ESMT is one of these places in Berlin where I feel home. Lead by young and successful scholar Professor, Dr. Jörg Rocholl the School is the standard and the creator of future champions. Its initiatives include the implementation of the global best practices right into the heart and mind of entrepreneurship oriented students as well as the European startups ecosystem. All programs at the ESMT are being taught in English.

When you are already fluent in Java, C, C++, Python, and C# and R and / or other programming languages that make you look into unknown with delight, there is no excuse not to add a few new words in German to your every day’s Thought Lists, building even wider path to the mysterious future. Besides, …as in every major worldwide language, the international words vocabulary might very well be the first thing to start from, keeping in mind the joy of discoveries.

For three years, here in Berlin, I am being business oriented and mentored by Benno A. Packi, PhD. Successful Attorney at Law Dr. Packi is practicing Corporate Law. Which brings to mind a favorite quote:

There’s no excuse to not be entrepreneurial and innovative. Just get wise counsel through good lawyers who know how to future-cast.” 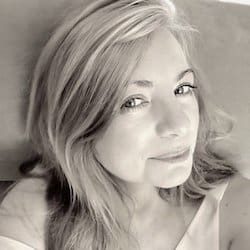