Do You Really Believe That?

We are so constituted that we believe the most incredible things; and, once they are engraved upon the memory, woe to him who would endeavor to erase them.

Do you ever take time to sit and deeply think about the beliefs you hold as true? It could be a belief related to your spiritual or religious views, political views, world views, cultural views, racial views, or any of the other legion of topics that occupy your life. Goethe was correct—it can be risky business to challenge someone to examine their beliefs. We need look no further than to Socrates, who was put to death because he was teaching young people to challenge authority, “think” for themselves, and derive their own beliefs from within.

The real question is, do we really believe what we say we believe?

As an example: with all the unrest in the world, and especially within our own political system, now is the perfect time to consider the source from which we drew the political ideals and values we might hold so dear. This is not at all to imply that what we believe isn’t the truth (for ourselves); it’s simply an invitation to consider how we came to accept it as our truth. Most of us inherited our beliefs and core values from our parents, teachers, and other authority figures.

Sometimes we don’t really know what we deeply believe until we take time to consciously explore those beliefs and see where they live within us.

One telltale sign of how deeply we are rooted in our beliefs (or not) can be found in our need to force them on other people. I respect those who are so on fire with their beliefs that they want to “share” them with the world—however, insisting that I should accept their beliefs as my own just because they passionately believe them is an entirely different thing. This is a perfect example of how, too often, we lethargically allow others to have free rent in our heads and we mindlessly take on their beliefs as our own because we have not invested the time and energy to consider what it is we really do believe.

Just because it is on television or the internet doesn’t mean it is true.

I wonder how many of us sit there and watch the ads on television for certain pharmaceutical products, political candidates, ballot issues, and so on, and just take it all in as gospel rather than personally researching the issues before we embrace it as truth. If that’s the case, with a little mindfulness, you can choose to release those old beliefs and entertain a new notion about what is true for you today. The most empowering thing is, you don’t have to get permission from others to do so. Surrendering the need to fit in is very liberating; it will set you free to be who you truly are.

Do you really believe what you say you believe? Just think about it and be open to following where it takes you . . . perhaps even to the portal of your next new and original thought. Goethe and Socrates would both be proud of you. 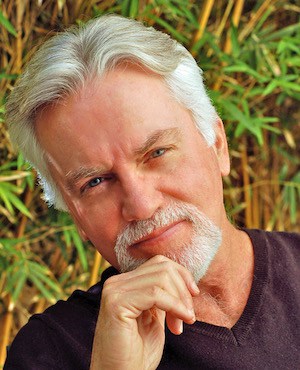 Dennis Merritt Joneshttps://dennismerrittjones.com/
Throughout his lifetime, author, speaker, and mentor, Dr. Dennis Merritt Jones has been on a quest to inspire and lift people to a higher expression of life. His vision is to guide people to their purpose, knowing that when one fully awakens to who they are and why they are on the planet, they share their gift to humankind and create an enriching life for themselves and the world around them. Dennis is the award-winning author of six books—three of which are recipients of a Nautilus Gold or Silver award—and hundreds of articles and blogs. He has written and released the following books: The Art of Abundance - Ten Rules for a Prosperous Life; The Art of Being - 101 Ways to Practice Purpose in Your Life; The Art of Uncertainty - How to Live in the Mystery of Life and Love It; Your ReDefining Moments - Becoming Who You Were Born to Be; Encouraging Words - Proof That Who You Are Matters, and; How to Speak Science of Mind. Dennis believes we each have the capacity and, ultimately, the responsibility to contribute something positive to this world, leaving it a better place than it was when we arrived. Reflected in his writings and presentations, his teachings promote a contemporary life-affirming, spiritually logical, and positive outlook on life. As a keynote speaker, Dennis is equally comfortable addressing an audience seeking spiritual inspiration or those seeking a purely secular motivational message. He uses his understanding of universal principles to draw upon wisdom from both eastern and western philosophies. As a mentor, Dennis works with individuals and non-profits to assist them in clarifying their vision and mission. He believes that there is a deeper consciousness of unity, cooperation, and reverence rising in humankind where the value of all life, regardless of ethnicity, geography, culture, or sexual orientation, is sacred. He believes this consciousness of unity, cooperation, and reverence for life and the planet will be one of the most significant influences upon society as we approach the challenges of 21st-century living.

We All Shine On

What Kind of King or Queen Are You?