Do You Debrief “The Good, The Bad, And The Ugly”?

One of the most effective learning techniques that we learned in Naval Aviation was the importance of debriefing every flight. It’s where the majority of learning occurred…only if it was done correctly!

I adapted our standard military debriefs to help me in developing leadership in my scouts when I was a scoutmaster. Many people believe that scouting is all about the outdoors. Yet, it was so much more, as it was all about character development using the outdoors as the learning laboratory.

At the end of each outdoor event, whether it be a few hours in length or a week long, I had all of the boys get together with the senior patrol leader spearheading a discussion on what happened…a debrief.

I gave it a catchy name to be rememberable and kept it simple.   We called it “THE GOOD, THE BAD, AND THE UGLY” Hey, the name had to have some excitement and curiosity so the boys would look forward to leading it!

The Good represented what went well during that event. We just didn’t identify what went well but specifically why it went well. This provided us with identifying successful elements that we could leverage. We made sure we capitalized on these and incorporated them in future events.

The Bad represented what didn’t go so well. It wasn’t about it being anything wrong. It was just something that had started with positive intent but in execution it failed. We made sure we took emotion out of the equation to “peel back the onion” such that we could see where, why, and how it failed in execution. Again we took the lessons learned and made sure we applied it to our future events.

The Ugly represented just that…something was just plain ugly and we don’t ever want that to occur again! Ugly was usually identified as something that caused a break in the rules, something that was done with negative intent, a safety overlook, or something that caused a meltdown in the team. We made sure that we “nailed down” the root causes of Ugly and identified the lessons to be learned such that “Ugly” wouldn’t raise it’s “Ugly” head on future events. [/message][su_spacer]

Pretty simple process and you can easily apply “The Good, The Bad, and The Ugly” to any event whether in business, home, organization, or group.

Hindsight is always 20/20 and yet very few organizations take the initiative to find out what went right and what went wrong. Did you debrief the last project you completed, the sale you made or didn’t, or that product you developed? Probably not, as I bet you were just too busy and needed to get on to the next project or responsibility.

The debrief however, is the essential link to learning, sharing, and teaching best practices, and striving for constant improvement. Therefore you should debrief often and not just on the big ticket items but every milestone.

Let’s face it I know you will be “chomping at the bit” to conduct a debrief on a disappointment as you are probably looking for accountability. However, this could be a disaster in the making if not conducted with the right amount of social-emotional intelligence. How you debrief this disappointment can mean the difference between a return to high performance or a downward spiral of failure to your team or team member.

Your credibility as a trusted leader is at stake! So here are some tools to help you “check your ego at the door”;

I have written a free eBook, How to Conduct an Inspirational Debrief, that goes into delves deeper into this subject with practical suggestions such that you will be able to apply these principles immediately.

Question: How often do you debrief? Will you share an experience where you learned a lesson through debrief that made a positive impact? 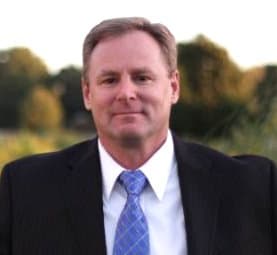 Is Perception Reality In Your Communication?

4 Leadership Styles That Motivate: Which One Is Best?