Do Animals Feel Love the Same Way As Humans? In honor of February, the month of love, Mary shares a letter from her mailbag with a question many animal lovers might have wondered about at one time or another.


I have a long-haired miniature Dachshund named Chillipepper.  He is my heart and soul.  We’ve been together for 12 years since he was a puppy.


He is also a very affectionate little guy.  My questions are, “Do dogs feel love?  Is it the same as what we feel?”

That’s a great question!  From the time most of us are school-age we were told animals did not feel love; they weren’t capable of it.  We were discouraged from anthropomorphizing (projecting human emotions on non-human species) and told this was storybook nonsense.  But, I think most of us secretly thought and hoped the adults were wrong.  Guess what?  They were!

Animals, as it turns out, feel the same range of emotions we do: love, fear, guilt, anger, humor, gratitude, despair, embarrassment, loneliness, and more.  Science is discovering, through more and more research and observation, that what separates humans from non-humans in terms of emotions is actually very little.

Extensive studies of wolves, elephants, primates, whales, and many others show that the way they express their emotions really isn’t so different from us.  They cry, laugh, shriek, and sing; it’s just taken science a long time to figure out their language and form of expression is a bit different and sometimes more subtle than ours.

Believe it or not, recent advances in detecting sound at sub-human ranges have discovered rats emit the equivalent to laughter when playing with one another.  But humans, with their less than stellar hearing, can’t hear it.  And, being the ego-centric creatures we are, if we can’t observe emotions that are near replicas of our own expression, we write off other species’ ability to feel.

I’ve had the privilege of talking to thousands of animals, great and small, over the years.  What I can tell you is they absolutely DO love!  Dogs, cats, horses, birds, lizards… all have told me how very much attached they are to their human family members.  For those that have mastered language and telepathically send words, they even refer to us as “mom” and “dad.” 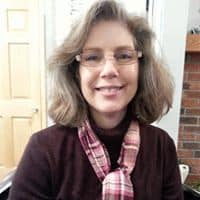 It’s Hot Outside… Tips to Keep Your Pets Cool