Some natural phenomena are always in place as well as in play in worldly existence. We consciously or unconsciously are drawn to their existence. Learning such existence with meticulous studies and well-researched understanding makes the phenomenon a more attractive insight to connect.

In recent times, I was reminded of the concept while making rangoli art as part of the Indian festival celebration in which inspiring and beautiful patterns are placed to welcome prosperity. Right away, I decided to share the worldly philosophy in my narration as it makes me realize that nature is our gold mine to infinite possibilities. Even I got intrigued by the phenomenon brought in long before now by my dad, who always holds a great interest in math. Introducing the concept to people with little math interest or non-scientific professionals may lead them to ask now what is so special about the concept…?

Finding that the Golden ratio is applicable in every dimension of human lives is the catchy knowledge to share. Humans grasp its existence faster as a natural process than any other presentation is scientifically proved by many scientists.

The Golden ratio is even known as the divine proportion, and the golden mean or Φ is commonly known in the scientific world. The above symbol originated from Greek civilization and was significantly showcased by The Greek sculptor Phidias in his sculpture work is noted fact. Among numerous well-known artists, Leonardo Da Vinci also used it in his paintings and called divine proportion. The divine proportion equal to about 1.618 is a special number or inverse 0.618 is used to create a pleasing balance and beauty in creative and aesthetic realms.

The concept does not restrict its exclusiveness to mathematics for application in general. The exuberant availability of its appearance in nature, artistic ventures, medicine, and engineering fields like architecture, mechanical, etc., history, and many more fields is a magical nutrient for human minds.

I did bounce off the wall, knowing that music is a subject that had the golden ratio and Fibonacci sequence as an aesthetic presence for human ears. The Fibonacci sequence 0, 1, 1, 2, 3, 5, 8, 13, 21, …its presence in a musical presentation is harmonious beauty for music analysis purposes. I started buckling my assimilation further with Fibonacci numbers and their relation with the golden ratio, in what way the appearance of the concept in music can be explained or studied…? Discovering the musical notes in the scale or chromatic scale is the connecting factor in an octave was a vital point for me to dig deeper as a passionate musician and music lover. Indeed, the 13 keys in an octave with 8 white keys and 5 black keys with musical tones bring an insightful manifestation of the concept. The third note (Mediant note) and the fifth note (Dominant note) are essential parts of basic chord structure in music. An octave out of all 13 keys, the fifth note is the eighth note which leads to 8/13 equals 0.61538 approximating the inverse of the golden ratio. Another dimension in regards to Fibonacci sequence numbers in an octave scale with eight notes along with chromatic scale notes falls on the same keys in the piano keyboard which again is responsible for Fibonacci ratios of 1:1, 2:3, 3:5, 5:8, and 8:13. Musical frequencies and compositions are again linking themes to the Fibonacci sequence and the golden ratio. Timings of the musical composition and structure of musical measures like bars in a piece contain a proportional system to justify the presence of such phenomenon in nature. Overall, many composers in their musical work have exhibited subtle existence to naturally build melodious expansion and harmonious growth in musical pieces. As said the concept is assisting in designing musical instruments and their features in music making process as well.

The above topic fits in many modes of life and its relevance in use is the bases for energy flow around in nature. Furthermore, it was governing many cultural and religious practices observed by historians and mathematicians. Many have recorded the profound observations that Leonardo Pisano Fibonacci an Italian mathematician and number theorist, presented in his mathematical works using Hindu and Arabic numbering systems instead of roman numerals.

My background did set me in motion to grab the knowledge about its presence in Vedas and Hindu texts. Believe me, learning the origin of extensive mathematical approaches and descriptions to indicate, “divine beauty” and its significance in building temples, deities worshiped, chariots and rituals like Vaastu Sastra (Ancient Indian science of architecture), Mrityunjaya (The concept defining preservation of life), The Mount Meru is the systematic analysis of meters with fixed patterns of short and long syllables.  (Work of the Sanskrit grammarian Pingala’s Chandahśāstra) was a fascinating source to invoke my awareness of Hindu traditional practices. Matrameru is Fibonacci numbers in Pingala’s work, which is said to be derived from Hinduism. Mrityunjaya yantra is exemplifying the golden ratio concept that explains the preservation of life and its five-pointed star-like form found in ancient Indian temples and traditions representing five elements of life called Pancha Bhoota (earth, water, fire, air, and space).  The Mirtyunjaya mantra is also chanted placing the yantra in traditional practices for wellness and recuperating good health from any illness. The Mirtyunjaya mantra is part of Rig Veda, the oldest text in Hinduism, that demonstrates the purpose of Indian traditions. According to researchers, Hindu Sanskrit scripture contributed to Pingala, and many Indian mathematicians to discover the Fibonacci sequence and the existence of the divine proportion as transcendental philosophy and meaning.

Opening my vision toward such marvelous and astonishing traditions made me admire and respect every aspect of various cultures across the world and nature for oneness. Therefore, if true attributes of human experiences are badged along with worldly existence may invite refined elegance to serve every living being on the beautiful planet earth.

Let us explore such mysterious and powerful pleasures with in-depth futuristic perspectives to seek serene wholeness. 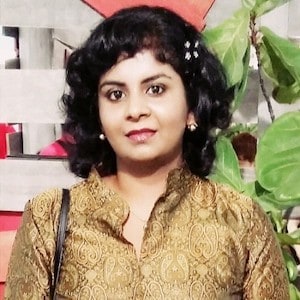 Aishwariya Jayakumarhttps://writeshareaish.blogspot.com/
Aishwariya Jayakumar is a Freelance Writer, Blogger, Passionate pianist, and singer. Articulating melodious living with artistic and creative force, awareness, understanding, knowledge, and wisdom through my educational and performing arts learnings have driven me to enlarge my vision to be an eloquent and rational being. Admiring nature, traveling, reading and writing, singing, and playing music, has harmonized my melody with various genres like culture, race, religious traditions, and languages to appreciate diversity as the main life principle. However, I wish to pursue my sweet tuned song with renewed energy, constant learning, and passion to sound my life with infinite riches. Seeking to share my colourful and melodious life with perfect cadence to resonate with my melodious life song…. 🎵

Choice as Undeniable Truth to All Spirits