The ketchup jumps from the French fry to your new white Lacoste blouse. The pen escapes your hand and takes refuge on the floor during an important Zoom call. Paper towels cling together just long enough for one to fly into the sink of water.

Daily revolts against our will. It’s obviously a conspiracy. Coordinated attacks. The only reason to do such things is to make us miserable, frustrated, and angry.

We must fight back with equal if not greater force. We’ll show them. It’s got to stop.

It’s ridiculous to blame inanimate objects for their “actions”. When bad things happen—we’re often the ones to blame.

The Laws of Inanimate Revolt:

How often do we blame other humans, organizations, political groups, or ethnicities for their “conspiracies” against us? Might you (me, one) be the one to blame? Are natural laws (physics, gravity, and human nature) at play? 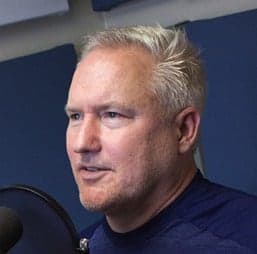 Craig Jameshttps://cat-strat.com/
Craig is a curious Writer, Conversationalist, Coach and Business Advisor. He believes the world can be a better place if we have the courage to conduct the conversations we need to have—and if we share wisdom and ideas with love and a spirit of abundance. He craves ideas. The serious credentials? Craig spent many years in the I.T. industry as an executive—leading business and technical teams. Unisys and Sun Microsystems (now Oracle) are on the list of companies for whom he’s worked. His experience has equipped him to bring insights as a Business Advisor and Strategist (via CatalystStrategies/Cat-Strat Services). Leadership, Business Development, and Strategic Planning are sweet spots. He also helps leaders-of-leaders tap their own wisdom via Executive Coaching. Coaching is quite the passion for him—and increasingly—his practice includes healthy doses of Career and Life Coaching (Who isn’t reevaluating and reinventing themselves these days—right?) Cat-Strat, the firm, was founded in 2001. Currently, Craig is Co-President of the Northeastern Ohio Chapter of Conscious Capitalism. He and his business/life partner (Sue James) share the role. His most recent podcasting activity is as Host and Co-Executive Producer of “Big Audacious Idea”—a podcast about the greatest questions of the human experience. Hiking, guitar, skiing, golf, and reading are some of his favorite activities (not all at the same time), and indulging in exceptionally bad puns remains a persistent and irritating habit. Photo: David Allen Moss