Disc Profile Secrets: 5 Ways Those With Low I’s Could Judge Those With High I’s

The DiSC assessment system has been around for decades, refined and tested over and over. Many organizations have used DiSC to gain basic understanding of the differences of behavior styles in leadership and their co-workers.

One thing I often find, though, is that the majority of organizations focus only on the “high” part of the graph. They only look for someone’s tallest bar and pigeonhole them into one of 4 categories like this: “Oh, you’re a high D, you must be (fill in the blank with whichever adjective they think fits)”.

I find this approach incredibly diminutive and even offensive. I know of nobody who enjoys being pigeonholed or stereotyped. And to think that human beings, in all of their complexity, could fit into one of 4 boxes? Ridiculous!

That’s why I really love approaching a DiSC graph with a whole picture perspective. First, keeping in mind that this valuable tool really does only measure one small part of our human experience: behavioral preference. It doesn’t measure why we do what we do, what our experiences have been, what competencies we’ve built, our emotional intelligence, and so much more. It simply measures how the participant prefers to behave (or feels the need to behave, in the case of their adapted graph) in 4 categories.

Those 4 categories are measured on a spectrum, with much information to be gleaned no matter where that person falls on the spectrum. It’s ignoring valuable information –and shortchanging the participant – to ignore the information provided from the bars that measure below the 50 mark.

For that reason, I’m going to spend a little time on a series about what communication challenges can happen between people who score high vs. low on a given category. This post is about those who have a short “I” bar (or a low I), and what (and, understand, these are generalizations) they tend to think about those with a high I.

With an aim to build understanding and awareness of self and others, let me give 5 things that are common avenues of misunderstanding those with a low may have about someone with a high I.

“They talk too much”.
A common characteristic of a low I is using as few words as possible. Those with a low I tend to be conserve their words. If they say something, it’s because they mean what they say. They don’t tend to appreciate someone who says the same thing in numerous ways when saying it once would suffice.

“They don’t know what you’re talking about”.
Very often high I’s can get caught up with the emotion of what they’re talking about and forget about sticking to the facts. Those with a low I appreciate logic and facts and are not likely to be persuaded if data is not provided.

“They’re too busy socializing to get anything done”.
Since those with a high I prefer to have a wide circle of people to interact with, it can seem to those with a low I that they are just being flighty or social butterflies. It would typically not interest someone with a low I to spend an hour talking to various people about small talk or plans for the weekend.

“They only think about themselves”.
This misconception (and it is a misconception, those with a high I often care about others a great deal) can occur because those with a high I can tend toward impulsivity and can struggle with interrupting others. To the person with a low I, it seems that there is no concern for actually listening or caring about what someone else thinks or feels.

“They never finish anything”.
It’s true that a common weakness of those with a high I is starting and not completing projects. Those who have a high I tend to be inspired by (what they consider) great ideas, and once the inspiration wanes, they can neglect to finish what they started. For those with a low I who consider carefully what they start (based on logic and facts) before committing, it can seem downright irresponsible to not complete what was begun.

The low-high I difference can easily make room for judgments and misperceptions of intention to be created and sustained.

Thankfully, it’s possible to work toward understanding and appreciation of one another. Here’s a few tips for those with a low I when interacting with someone who’s I is high:

Remember that the way you would handle something may simply just never occur to someone else. They are wired differently, so what is obvious to you is not obvious to them (and vice versa!).

Remember that there is no “right” or “best” personality. When I debrief assessments with clients, I have numerous times had people insinuate that they feel they should work to change a dimension of their profile. While we all have areas for growth, there is no inherent “betterness” by having an I that’s lower, or higher, or anything else.

Remember that the co-worker with a high I who interrupts you is not intending to disrespect you. They are excited about a new thought and want to share it with you. Very likely they would not be insulted in the least if you interrupted them while they were talking. This is not to say you shouldn’t speak up if it bothers you; it’s just a reminder that their intention is very likely not malicious. 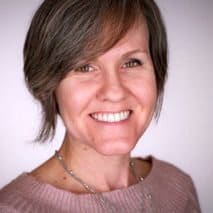 Wendy Davidsonhttp://www.healthyteamsinsights.com/
WENDY is the founder of Healthy Teams Insights, helping multicultural work groups become powerful, effective teams. I truly believe that each person possesses wild amounts of uniqueness and we’re all poorer when those gifts, talents and perspectives are hidden, undiscovered or unappreciated. My professional experience is quite varied. Starting out with a decade in leadership in non-profit, I moved to the corporate world, focusing on international relocation for executives in large international Fortune 500 corporations. I’ve had the privilege of living, working or visiting 50 countries worldwide, with extended periods of time spent in Europe, Central Asia and Southeast Asia. I really have a passion for all things international, and I love seeing healthy relationships foster to improve personal satisfaction in employees and productivity in the workplace. Above all, an overwhelming theme across my many roles was leadership and team-building. I learned a lot in that time about what a good leader looks like (and doesn’t look like) and what it takes to have a great and healthy team, especially when multiple cultures are in play. My educational background is in International/Community Development, and I hold certificates in Human Resources as well as Communicating and Negotiating with a Global Mindset. I’m a certified facilitator in Mindfulness training, as well as EQ, Driving Forces and Behaviors assessments training and debriefing.

I Find Myself In New Brunswick

Why I Never Encourage People to Quit Their Jobs