When Grandma died at the age of seventy-seven, I was thirteen. Grandma had breast cancer, discovered after it metastasized into her back, and the pain there was unbearable. Her stoicism kept her from complaining for a long time.

In the late 1960s, there was very little that could be done to slow the progression of such a significant spread of the disease. Perhaps now would be no different. I do not recall all the things that were tried to halt the spread of disease and ease her end of life, but my impression was they didn’t do much that helped and may have increased her discomfort at times. She was in and out of hospital treatment.

At one point, she was at home in a bedridden state while I visited there, half a continent from my own home, and we talked openly about her condition. She held my hand and looked me in the eye and smiled as she talked. She seemed brave. Resigned. Accepting. Sad.

After she died, we accompanied my parents and my grandfather at her memorial service, conducted in the manner of Friends (Quakers). Attendees stood to share from their hearts about their beloved F/friend. I wept openly, especially sad for my father who had no siblings with whom he could share the loss of his mom. My grandfather would now be alone in his home, his only son and grandkids living far, far away.

Some of the Quakers’ shared messages spoke to my condition, and I felt okay with weeping, a first for me to do so publicly. I knew in my heart Grandma was better off dead than continuing to suffer so much. It helped me to accept her death, knowing that her recent life had been so painful. Listening to everyone’s stories, I wished I had gotten to know her better than I did. She was so well-loved.

Every day I “click to fund mammograms” on a website that matches every click with a sponsored donation. This is my way of remembering my grandmother and taking some action to help others stay healthy. I keep her memory close to my heart.

My maternal grandfather, Dada, died at the age of eighty-nine, an event that occurred while I attended college in a town very near where he and my grandmother Mamaw lived. I felt very fortunate to be able to support Mamaw, to be close to her while others in the family travelled to attend the funeral and be with her in mourning. While the timing of his death was not expected, the likelihood of death at any time was something we’d accepted long before because of his medical condition. He’d had close brushes with death many times in the past.

Two of my grandparents lived into their mid-nineties, and I feel so very fortunate to get to know them so well in my own adulthood.

Mamaw lived on her own after Dada died, about seven years in all, performing all her own household tasks and personal upkeep until she broke her hip while sweeping off her icy front porch. Being bedridden after the fall led to her pneumonia and eventual death within a few weeks. She had broken her hip, one or the other, several times in her elderhood; but this time she didn’t rally enough to survive the ordeal. When I visited her shortly before her death, she seemed accepting, ready, and at peace with life’s end.

Granddaddy, who’d been living as a widower for nearly twenty years, was “ripe and ready to go” when he died at the age of ninety-six. He was lucid and wondered daily why he was “still here” and what purpose could be served by his remaining alive. I gained compassion for this stage of the dying experience when a body is not as ready as its heart and mind.

Granddaddy wanted to talk about it, and together we cried a bit. He wiped my tears and I wiped his, a moment of connection I will always treasure. He was ready to join his beloved, my grandma, who died so many years before.

So finally, on Christmas Day, he got his wish. His death on that day always seemed an added bonus to the Spirit-of-Christmas experience. I remember it as the greatest gift for him to receive the blessing of passing on that special day.

Many years after all my grandparents had died, my two children and I were discussing them while looking at old photographs. One photo of my grandfather Dada, while a young man, reminded me of my nephew; and my daughters saw the resemblance too.

My older daughter Kerry, age six or seven, asked, “Did I ever meet Dada?”

I responded, “No, he was dead before either of you were born.” They remained quiet, and I continued, “He lived a long and happy life, and though I miss him, I’m not sad that he died. It was his time. His body was very weak and ready to be finished with life.” After another long and quiet pause, I added, “If you ever have any questions about your ancestors, your great-grandparents, or others in the family, please ask and I’ll do my best to answer.”

Kerry scooted along to play, seemingly satisfied; but her little sister, Valerie, age two or three at most, stayed behind. She looked into my eyes, reached across the table where we sat to pat my arm gently, as she said, “It’s okay, Mama. Did your Dada melt like the snowman?” I did my best to answer her in terms she might understand, and sometimes that was a challenge. She knew that when a snowman melted, he was no more, and that was our reference point.

And so began a series of questions and answers interspersed over the years to come when Valerie would chat with me about death and dying. She wanted me to promise not to die—ever. I told her that I couldn’t do that, but I promised to be as healthy as I could be for the rest of my life so I could live a good long life and we could be together as long as possible. That answer seemingly satisfied her.

Throughout my life, I regard these conversations as a sacred honor, something I can pass along to my children. Just as my own youthful experiences of death informed and influenced my life, they also influence the way I share death with my children and grandchildren. These open conversations help us to create a legacy of life that includes its endpoint on this earthly plane.

When we accept death and grief, and expect the unexpected, we help our young family members to do the same. 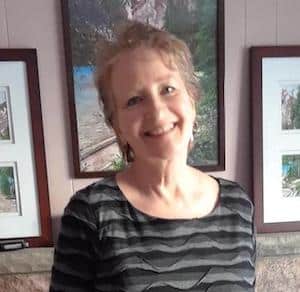 Julie Nierenberghttps://juliesaegernierenberg.com/
Julie Saeger Nierenberg is a freelance writer and editor, lifelong educator, and artist. A proud parent and "grand-partner," Julie grew up in Northeastern Oklahoma and now lives in Toronto, Ontario, Canada, where she has worked as a freelancer since 2006. Inspired by the experience of her father’s dying and death, Julie published a short memoir about her family’s grief and loss. Daddy, this is it. Being-with My Dying Dad (2013) launched a true journey of connection and transformation, as Julie reached out to share it with those who assist the dying and bereaved. It has been called a “how-to book for conscious dying” by several reviewers who work in dying and bereavement support roles. Following its publication, Julie received numerous end-of-life perspectives from others, many of which are available in Journey's End: Death, Dying and the End of Life (published in 2017) and soon to be republished by Stratton Press). Writing and publishing in this heart-led direction, Julie hopes to contribute to a cultural shift in how we prepare and support others in the final chapter of life. In recent months, she completed her training and certification in end-of-life planning using the Before I Go Solutions method. She is in the process of launching her education and pre-planning business, End-of-Life Matters, to provide online coaching for individuals, couples, and small groups. In 2018, Julie published a journal memoir about her experience discovering that she has a benign but seriously located brain tumor. It Is What It Is: Learning to Live with My Brain Tumor chronicles her journey through finding out all she could about treatment options, discerning which would be best, and then finally choosing and receiving treatment. The book has some light and funny parts despite the serious nature of the topic. Julie also enjoys editing legacy writing, fiction, and nonfiction works; she feels privileged to help other writers succeed. Her other creative pursuit is making watercolor and acrylic paintings, primarily of landscapes. She does commissioned work, such as custom portraits and favorite landscape scenes, when requested. Julie is never at a loss for something to do next.