Authority and Power are touted as the be-all, end-all. I am prompted by my soul to deconstruct them.

Authority is a limited perspective as it ignores other options and only stands by one exclusively.

But we have many people claiming authority in the same field so what does that tell us? Well, that authority is basically a lie, and that it’s incredibly ego-based and that it has a closed mind.

Anyone who proclaimed authority usually negates all other approaches.

Why its magnetic to most people is that we live in an authoritarian civilization and we grow up with this training of our mind and nervous system to respond and be attracted by authority – from family dynamics to school to society and work.

This is the ultimate way of being a victim and giving power away.

Authority is kept in place through subtle forms of aggression, humiliation and discouraging any dissent with shame.

Therefore its a prison of our own making.

That you can walk out of.

It is not easy because we have an addiction to authority and place a high value on it.

To free yourself from addiction to authority, you must become courageous no matter what and learn to solely trust yourself no matter the consequences and no matter the fallout.

To be able to do so, you must process any and all emotions within you, especially ones from the past so that you are trigger free when authority comes for you.

The only way to be free is to clear any emotional pain that authority can hook onto for its advantage.

You also have to define what you value instead of authority and for me its knowledge and wisdom.

Power is another word used left and right and I have given it some deconstructive thought too.

Power innately includes power over, there has to be someone or something over which one expresses it.

There is also a fire burning within power that seems to like to start fires elsewhere, meaning power wants influence.

And influence doesn’t allow freedom, just in the case of authority.

Influence has a goal of affecting you whether you want it or not.

Power wants to rule through influence.

Again our civilization glorifies power, and there is a part of me still in awe of it.

And there is another part that desires and values something else – presence.

Presence is something that one has whether there are others around or not.

Presence affects another without desiring to influence them

Or it doesn’t, so there is pure respect for free will.

Presence is contained powerful energy within that doesn’t seek anything outside.

Its independence allows free will.

I want to invite you to look at what authority and power mean to you and if you can find other energetic states that your being resonates with more.

Its time we rid ourselves from the most insidious addictions to giving our power away to those in self-proclaimed authority and power and choose a different paradigm all together – living free.

They Aren’t Our Leaders 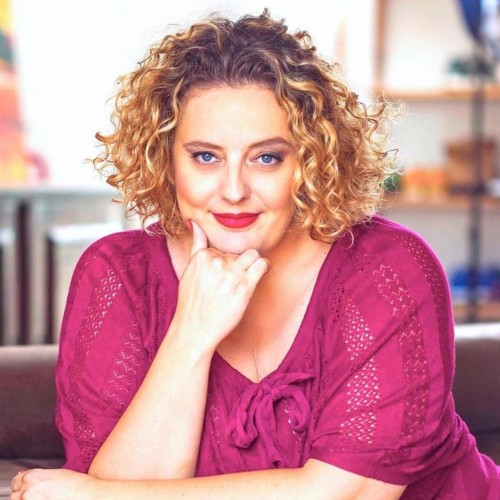 Dunja Radosavljevichttps://www.dunjarado.com/
Dunja Radosavljevic is a Luxury Coach and Wonderer. She helps wealthy women turn their wealth guilt into wonder. Her clients release wealth guilt, find their true home within and turn their creative genius into a real-life vision. She creates ultra-fast transformation with her signature 20-minute intuitive coaching technique and her divine vocal transmissions that help clients tap into their authentic and timeless self. Her work is pure magic.

The Dark Side Of Grit – Or What’s Actually Wrong With...