I led training and development efforts for all five generations currently in the job market in my military career. After training over 10,000 military and civilian members, I have seen what it takes to debunk the myths between the generational gaps and bring people together. In the military, it is all about the mission. When the people from varying generations focused on the task or mission at hand, suddenly, differences faded, and like characteristics emerged. Soon, the team was able to see that the myths that widen the gap between them individually were mere assumptions that required clarity and understanding.

Perhaps this is what you are dealing with in your organization. If you have a multi-generational environment, you are likely experiencing people retreating to their echo chambers to repeat misconceptions about someone from a different age demographic that requires a bit of light shed on it. Once we do, we will be able to take steps toward one another, grow together and be the productive team that stays together longer. Here are four common myths between generations that, without clarity, are unfounded misinformation.

Younger Generations are not Career Focused

Try not to assume that your co-workers are in your organization for the reason you are. If you can come to appreciate the why you’ll start to enjoy them.

According to Pew Research, 73% of people over 65 in the U.S. use the internet, up from 14% in 2000. As technology becomes more simplified and user-friendly, older generations are more excited about using it. People must become more understanding and tolerant toward each other. Younger generations have all grown up in the age of technology, which means technology is their way of life. Older generations have a particular way of life that is different. If we are honest, most of us would rather do the thing that we are most comfortable with and accustomed to.

If it makes their lives easier, people in older generations will use Technology. Don’t try to make them do it because everyone else is. Introduce it as a way to enhance life. They will come around!

Younger Generations Only Care about Themselves

Younger generations rank higher in illusory superiority than older generations. This doesn’t make them selfish; it makes them uninformed and perhaps a bit naive. Who hasn’t been uninformed and naive in life? The responsibility of revealing these blind spots is for the ones who see it. 61% of young people actually desire direct feedback.

Directly tell younger generations that they are doing well, but they have blind spots. Remind them of the compensation package and find unique ways to appreciate them for their contribution.

Older Generations are Cold and Uncaring

There is an old saying –

Debunking myths about generations is about gaining understanding. Let us all seek to understand to discover the truth about the other.

For more on developing your multi-generational team, visit multigenerationalteams.netlify.app 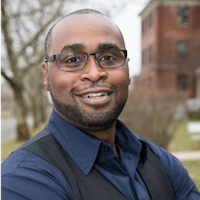