This morning, after a wonderful client meeting, in my excitement I hopped up from my seat, put Gus’ leash on, and we went to the beach. I normally go for a swim, but today, I just walked along the berm line getting my feet wet while Gus played with the ocean waves and other dogs. He even inspected a deceased seal that was beached. I know what you might be thinking, EW! That was my first thought, too. Not because the seal had died, but because I was worried Gus might do more than just smell it. What if he broke open the skin allowing the smell of decay out? That’s a scent I never care to experience more often than once. It’s distinct and hard to get out of the nostrils and mind’s eye. Fortunately, he only sniffed the seal.

Death and Resurrection, Cycles of Life

I called Gus and he came happily bounding over to my side full of excitement to tell me what he had explored. He looked up at me mouthing and looked back at the seal and back to me again. It’s quite interesting the way he communicates. I observed other dogs inspecting the seal while their owners were freaking out! Yelling, “Get away! —Almost as if they were mad at their dogs. I found this to be interesting. Made me wonder why be so afraid of something that has died. Sure, it’s not always pleasant to see a dead animal, but it is a natural part of life.

The movie Stand By Me comes to mind. If you are not familiar with the movie, it’s about four boys who search for the body of a boy who had been missing. When faced with the dead body a shock comes over them and a deep reality sets in of what they were actually in search of and what they found. No doubt DEATH is off-putting, but it does not need to be scary.

I realized I was observing people’s fear. It dawned on me, in some unconscious way, that the dead seal taps into a person’s own fear of death. On a soul level. Imagine, if you made friends with DEATH and it became a welcomed staple of your life. Perhaps it would even give you more permission to experience life more freely. In this moment, I realized it’s not so much that one is afraid of death rather the soul is “afraid” to leave Earth. The soul needs the body to experience life itself in the human form. It needs to FEEL, TASTE, TOUCH, SMELL, LAUGH, and EVOLVE.

What I do know, when the consciousness of the soul is raised or awakened within the human being, you will no longer see your human experience as a singular identity.

Remembering that the soul is infinite energy of light, it continues to transform and evolve over and over again. Collecting information, learning lessons, having experiences, and returning to the light. I do not know what happens to the soul when leaving the body and returning to its source. What I do know, when the consciousness of the soul is raised or awakened within the human being, you will no longer see your human experience as a singular identity. The human experience becomes multifaceted and deeply interconnected to the whole of life. This is when a human begins to lead life from the soul, heart, and higher self. You become more like trees, recognizing you are part of a vast network of communication with everything, from plants, people, animals, objects, elements, the planet, and the universe.

Death, for me, has become more about transformation from one state to another which is necessary for me to go through a process of resurrecting higher qualities of myself. Sometimes death is physical and other times it’s a “death” or letting go of my ways of being that stand in the way of me becoming aligned with my SOUL, HEART and HIGHER SELF.

Dying is an integral part of the resurrection of life and soul evolution. It becomes more and more apparent to me that death does not exist without life. Death is LIFE just as much as LIFE is DEATH. It’s the action of death that paves the way for the resurrection of the new. I feel on some level, humanity is learning how to die so they can live life more freely.

I feel, Stanislav Grof, said it nicely, “The Knowledge of the Realm of Death Makes it possible for the Shaman to move freely back and forth and mediate these journeys for other people.”

Only now, you are becoming the shaman learning how to navigate the Realm of Death for yourself.

For now, I invite you to explore your relationship with DEATH and take notice of what comes up for you in your emotions, feelings, and body. 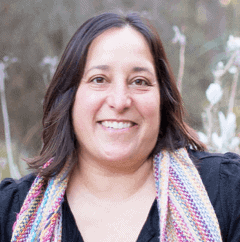 Gina Lobitohttps://soulinspiredreflections.com/
I AM Gina Lobito. I offer Bodywork, Coaching & Workshops to support you navigate Ascension and Spiritual Awakening with a focus on Self Mastery. During my 14 ½ year career in Law Enforcement, I witnessed this interesting evolution. New hires would go from excitement and openness to loss of compassion and a hardened exterior. I also witnessed myself do this same transformation. It did not feel good in my body and being. I remember saying to myself, “I do not want to lose compassion for life!” Wow! What a VOW I just made to bring Compassion to the world. Little did I know this VOW activated a spark within my heart, which now I would describe as my SOUL’S calling. I stepped on a Path of Self Mastery. This calling has evolved to support others develop Foundational Skills to navigate their Awakening Process. Every soul will go through an Awakening Process in Divine Time. The experience of the Awakening is unique to each soul and is infinite I now realize opening my HEART and SOUL transformed the way I experience life. Self-Mastery is an infinite continuum of soul evolution, heart-opening, expansion, and awareness you are part of the whole of life. Directly connected to the universe and primordial light. The expansion of the Heart bridges the Mystical and Physical worlds, using the physical body as a conduit to support the ascension of the planet and universe through the Soul’s inner journey of Ascension and Self Mastery. I believe every SOUL has a unique sound and purpose waiting to be cultivated and ignited and expressed. The Age of Transformation and Illumination is NOW. It’s time to experience life from your SOUL and the power of your Higher And collaborate with life more fully. Certifications: Certified Bodyworker, Advanced Crystal Healer, Shamanic Practitioner, Nature Connected Life Coach, and Advanced Student of Self Mastery. Education: Diamond Light School of Massage Healing Arts; San Francisco School of Massage and Bodywork; The Power Path School of Shamanism, Hibiscus Moon Crystal Academy; Seven Sacred Flames Wisdom School; Earth Based Institute, and Amanda Ellis’ Angelic Celestial Colors Metatron Healing Level I.; CSU, Fullerton BA in Criminal Justice.

The Light that Shines in Our Hearts