Now I am starting to question if I had made the right choice. Life is a series of choices to live by. This is our story.

We met 17 years ago in the evening of March 29 2005. I just turned 14 years old on March 8 2005. The school year was about to end. I was in my second year of high school. I was doing exceptionally well in academics.  I was bullied since elementary days instead of facing it head high i was so coward that I hid my pained self my child self to deepest down and now I know deep within she’s still there afraid of the outside world. She was there lying in the darkest part of myself alone and afraid. So since then, she diverted herself to studying hard and focused on school. Though her confidence crumbled down she still lived on and only God is by her side as she has faith and never question him why it happened.  She was molested and rubbed her innocence by the people closest to her..her mother worked abroad and alcoholic father. She was all alone in her small little world. She was afraid of everything of everyone.  If I were to ask now why such a child suffered all of this pain? No one ever asked her how was she dealing with? Nobody ever protected this child, not even his own father (to this date I never had single hatred for my father this even made me love him even more). Anyways back to that very night we met.. our paths crossed and her whole world turned upside down.

Was she able to choose the right path for her? Or was it destiny intervening? Her innocence made her not to question anything. She just went with the flow. With the overwhelming emotion, she had felt for another human being. THAT She called LOVE. Love that defied everything.  Love against all odds. Nobody could stop that love ay? True. It was hard to fight the feeling when you’re in love.

With that.
She sealed her own destiny.
She made a choice.
She fell in love.
And that choice was her forever karma.
A karmic choice that was filled with happiness, sadness, laughter, and tears.
A choice that will be her shadow and never leaves her until the end of her earthly life. But does she have a choice? If only she felt differently but no instead she followed what her heart tells her. To LOVE even when that love is not returned. She still continued on loving him. The love that comes with a lot of heartache and pain. How could she ever handle that? Well God designed a woman to withstand the worst pain man could ever give. She was a fighter and a lover.  She made it all through but it made her broken inside.

During the early years of their relationship, she experienced lot of pain even until this date.
He was never faithful to her.
He made terrible choices.
He was totally lost.
He gave the worst catastrophe to her.
And she was the casualty. She survived the storms yet dead.
Pain made her numb to life.

Until 4 years later..at the age of 18, she conceived a son and next 2 years bore another son.
She became a mother. Her life changed.
She stopped her studies. And decided to become a full-time mom.
And he on the other hand just a sperm donor.
He was missing many years in their life. He was never a parent.
She was abandoned.
She was unloved.
But never to her children.
She had another whole reason to live and to love.
Opportunity came. Though difficult she flew far and worked abroad.
At 21 years of age, she came to UAE and left her kids with the intention of providing a better quality of life intended for them. And to move on from hiS MISERABLE LIFE.
She was never successful because every time she went on vacation her heart still SINGS FOR hIS NAME only him. That repeated for the whole 10 years of working abroad. The cycle repeated. HAPPINESS PAIN HAPPINES PAIN. BUT what if she made a different choice this time?  But She didn’t.
Instead, she married him.  Was she being decisive? She just made a contract of A lifetime commitment.
I hope she is right this time.
I hope she is perfect in her decisions.
I hope whatever her heart desires will come true.
I hope she gets the happiness she always wanted.
I hope she will have the strength to fight FOR EVERYDAY.
I PRAY SHE GETS THE LIFE AND LOVE SHE DESERVES TO HAVE.
Because she is TRULY worthy in every love IN EVERY JOY THAT THIS LIFE COULD OFFER..
LIFE IS DESIGNED TO BE LIVED. NO MATTER HOW UGLY OR BEAUTIFUL THE ROAD IS. JUST CONTINUE BEING WHO YOU ARE. BE THAT LOVE. BE TRUE TO YOURSELF.  JUST BE. AND LIVE ON. ONE DAY WHEN ALL OF THIS IS DONE. U WILL LOOK BACK AND SAY IT WAS ALL WORTH IT. WORTH EVERY PAIN WORTH EVERY HARDSHIP AND TEARS SHED. THEN U CAN FINALLY  SAY AT THE END GLAD THAT U NEVER QUIT.  GLAD THAT U FIGHT. GLAD THAT U LOVE. BECAUSE GOD IS WITH US SINCE THE DAWN OF TIME. HE IS US. HE CREATED US.

THE ALPHA AND OMEGA. 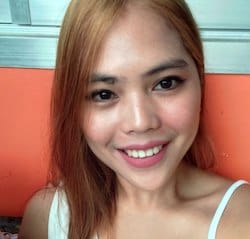 Rachelle Mae Cabarleshttps://devineinfinitum.blogspot.com/
Rachelle Mae Cabarles is an OFW working as a Receptionist for NAFFCO, Dubai, UAE A Filipina. A Mom of two kids. A student of life. Forever lover of life. A firm believer that life is meant to be lived by no matter how ugly or beautiful it gets. And make a difference every day.

The Journey of A Thousand Faces