–An open letter to those who judge and condemn LGBTQ people

Many of you are allies of the LGBTQ community. Thank you. We value you. It is at this moment, however, that I want to address other “straight” persons who wrestle to accept the lives and loves of their LGBTQ brethren.

Foundationally, I believe in a God who is love. I believe that God created everyone in love. I believe our destiny is to know, share and experience love: self, interpersonal and/or married love.

If you judge LGBTQ people, are repulsed by us or believe we are deviant, I want you to understand something about love that I bet you have experienced deeply in your own lives: The love of another person.  But first, I offer some larger context or observations. For generations, gay and lesbian people have heard some or all of the in various tones, forms, and language:


I’m particularly mindful of a variety of religious denominations who are quick to define love but without showing or modeling love as they articulate their convictions. This is my experience personally and culturally.

Did you get together and stay together because your heart is full, and you couldn’t imagine being with anyone else? Does your heart race still to this day?

Let me invite all of you who are married or partnered to think for a moment about how you met. How were you drawn to one another? How, over time, did you fall in love with one another? Was your experience of love for and with another person powerful? Exciting? Did it feel as natural as breathing air? Did you ultimately just know he or she was “The One”? Did you get together and stay together because your heart is full, and you couldn’t imagine being with anyone else? Does your heart race still to this day? If you are married —for three months, three years or 30+ years — do you acknowledge that it has not always been easy, but that you couldn’t imagine being with anyone else? That he or she is still the one who takes your breath away? The one you find yourself eternally grateful for, despite flaws or hardships?

Well, for those who don’t like or understand our identities as queer persons, let me assure you that we experience the same kind of feelings you do with your spouse or significant other. I am a happily gay married man. I didn’t set out to have a gay relationship. I didn’t choose to “become” a gay man. I happen to be a man who is attracted to other men. I believe I was born in the image and likeness of God and out of love, and that I happen to want to be with a man.

Indeed, I have fallen in love with a man, and I can’t believe, for a moment, that it is any different than your love. Love is love.

Like you, my breath was taken away. Like you, my heart soared with anticipation in seeing Cesar. Like you, my relationship with him feels natural. Like you, I couldn’t wait to be with him. Like you, I discovered flaws (and he mine), and I still love him, desire him and want to share my life with him.  Like you, I want to go through life with this particular person because he is “The One” for me. I so respect the love that a woman and man have for one another. I rejoice that a man and woman can find joy, fall in love and can conceive and rear children. God made you this way, in God’s image and likeness and out of love.

For those of us who are LGBTQ — so it is with us.

A question for your consideration as you attempt to understand that love is love: Given how segments of society can treat LGBTQ persons so poorly, harshly and abusively, do you really think we would “choose” to be LGBTQ and subject ourselves to such irresponsible, unthoughtful and even unlawful behavior?

We don’t choose. We are. And, for an increasing number of us, quite proudly.

As you love, I love.  What is the opportunity here? Aren’t we all called to learn?

Well, this gay man wants those who don’t understand us or like us, who find us deviant, to know that we love as you love. We just happen to be attracted to people of our same-sex. We acknowledge that we, at our core, are meant to be different.

You likely have members in the family tree who are LGBTQ. You work with them, although you may not know it. LGBTQ persons live in your neighborhood. They work out with you, shop in the same stores as you, and absolutely hold significant forms of leadership in all industries.  All of these persons love or seek to know love just exactly as male-female couples believe they share it.

Let’s choose to understand and to respect the love of those different from us. “Straight” people, challenge yourself to talk with those who are LGBTQ and to listen and learn. The more each of us opens ourselves to others, the more we come to value that love is love and that the world is good.

Editor’s Note: This article first appeared in Q magazine and is featured here with Author permission. 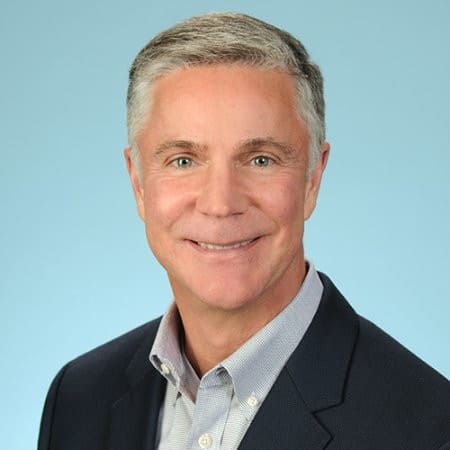 Bill Dickinsonhttp://www.c3leadership.org/
Leadership is tough. It demands clarity, empathy, and credibility; and, yes vulnerability! And, I still thrill at innovating and solving for leadership solutions. It’s what I do best! With care and integrity, I coach, advise and deliver on leadership needs & opportunities. I thrive on life, and the work I get to do in service to leaders in all industries. I am a senior leadership advisor, executive coach, and L&D disruptor.

Suck-Up to Your Managers – A Business Imperative?