His tactics are a combination of needles and threats–Stay Calm

Some situations can be inflammatory especially when dealing with an irate coworker who has seemly always been allowed to scream obscure obscenities and hit inanimate objects their entire career. This could easily have you lose control, but it is very important to stay calm. Staying calm enables you to properly assess the problem, look at the bigger picture, and then put things into context. You then create a better environment which forces your irate coworker to eventually stop punching the walls and calm down himself.

When your coworker is acting out to the point she is lying about you to others if can easily strike a nerve. Often times, people would like to approach her and demand that she stop lying about you. However, this will not stop the problem and most likely she will tell the others you threatened her.

When people become angry like this it is because they have lost some type of control. The control she lost could be at home, with you, nervous of losing her job, or simply not knowing how to do her job. It is best to acknowledge that she is angry about something and give her time to cool down. The best way to do this is calmly state, “I understand you are angry right now and I am going to give you your space until you are ready to form a solution with me.”

You can’t tell him anything—He has a soundproof head

Walk away from the situation after telling your coworker you realize he is angry and you are going to give him space. No person can get through to an angry person rationally. When your coworker has allowed his emotions to control him then logic flies out the window. The coworker can no longer hear anything you say, but will indeed reverse it to appear that you blew up at him. Therefore, do not attempt to logically converse with an angry coworker, but rather walk and taking yourself out of the wrath of anger. Wait for your coworker to return to you once he has cooled down and he is ready to logically create a solution with you.

She’ll never lie—When the truth will do more damage

Once your coworker has cooled down she can logically work on a solution with you. However, it’s best to tell her you need more time if she approaches you while she is shaking, red, and speaking to you with her jaw locked shut. At this point it is important to not seem attacking by telling her you are the one who needs more time because if you say she needs more time then you will be in Human Resources before you knew what you said. Irate coworkers will use everything to make you someone they have control over and when they can make you lose your job or get demoted then they feel as they have regained some control back. It is uncomfortable to lie and I do not suggest it, but it is not a lie to state that you, yourself, need the extra time. In reality, you do need more time and that is more time for her to calm down.

He wins all his arguments—But not friends

Once your coworker has himself cool and collected is when he is ready to work out a solution. During the time you had the space you should have had some brief ideas to what you felt may help. Propose these, but do not allow his anger to get in the way. His control is gone when you come up with the ideas and that makes him more vulnerable to erupt. Once coworkers have gotten away with mistreating people in the past they only continue to do so, therefore, you must take extra precaution to not show any emotion. Let him work with your ideas or even call your ideas his ideas. Your coworker is not attempting to be your friend rather he only wants to have complete control over you. For your sanity, it is best to just allow him to pretend your ideas were his own. Remember to have an open mind if he wants something completely different, but speak up if you know it will make the situation worse. If it is something you do not agree with but doesn’t hurt anything weigh out the benefits. It may be that he hates it when you smile around him before he has had his fifth cup of coffee that morning. As annoying and immature as that sounds you may want to consider doing it. Is this something that can hurt you? Is this something that can hurt others? Is this something that can hurt your career? Once you determine whether the request is silly or is damaging then you can decide your agreement. Make sure you have a measureable plan. Your coworker simply stating that he hates that you are happy is not measureable, but the fact that he doesn’t want you to smile around him until he has had his fifth cup of coffee is measureable.

She follows the straight and narrow-minded path

After you have set a measurable plan with you coworker you should have scheduled meetings with her to evaluate the progress with each other. You’re only concern is that you and she are following the plan and not whether she feels happy or not. She may still feel a loss of control because as soon as she pours coffee six you are smiling at the meeting and she hates that you look happy. This is not your concern of whether she likes you being happy nor is it your concern if she still feels the angry towards you. She can seek counseling if she cannot control her anger as you are not going to change how she feels. Your only concern is that you both are following the plan as it was laid out. There can be some adjustments, but at this time you should no longer be doing silly things to make her happy because that will turn this into yet another game of having a fun way to manipulate you making her feel like the puppet master she wanted to be from the beginning.

Once you have had a few meetings to see that you have both been able to follow the solution it is time to let it go. There will be no more, “but I am still unhappy and need you to quit wearing the color red” or “I need you to only smile once a week and no more than that”. Your issues are not their issues. The angry coworker lost control somewhere and he has found someone he can taunt and hurt. He loves to see you cry, he loves to see you squirm in front of Human Resources as he lies, and he loves to punch the wall next to your face. Your company may be allowing this to continue on, but you do not need to allow it to happen to you. Be firm in your statement that you have done what you both felt may control the situation and the rest is his baggage. If he wants to punch the wall near your face you shall simply say, “I will be ready to talk when you are ready to work this out in a mature manner” and walk away. In no way should you be the person responsible for his inability to handle his own emotions. Never take on your coworker’s baggage. Leave the horrible nightmares for sleeping only. 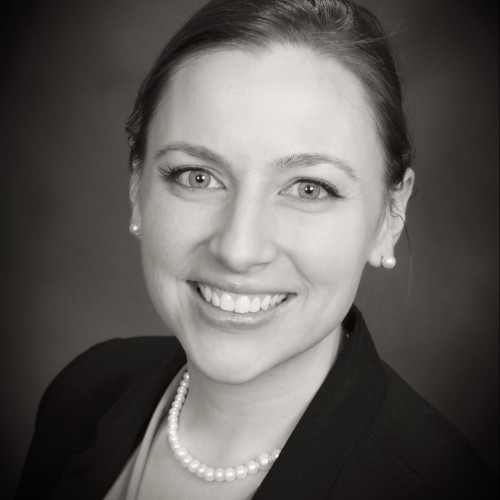 Donnette Pinkertonhttp://fearmakescourage.com/
I HAVE A GIFT of adding value to the global community with the purpose of impacting lives through changing thought process. I enjoy living the core principles that I teach: gratitude, a healthy mind, work life balance, and the awareness of the unique gifts bestowed in us all. The success I have with people is phenomenal as many have thought they were not "good enough" to operate a computer went on to claim their GED, attend college, and get careers. My professional life holds lots of wonderful success stories, but my success with people started as a child. Please feel free to contact me should you be interested in discussing corporate training initiatives or if you have an opportunity you think may interest me.

Viewpoints: Respect Them Even When They’re Wrong