Dazhuang: Do Not Burn Your Wood – Liver

About 75 days from the day of the winter solstice, the Six-Yao Hexagram pattern of Mother Earth’s energy change cycle will be changing into like this:

This is a Hexagram called Dazhuang. The internal 3-Yao are all Yang and the external 3-Yao is getting its first Yang. When using it to analyze earth seasonal and monthly nature changes, it tells: Mother Earth’s Yang energy is above its surface now.

But, at this time, the air is still cold, just as shown in this Hexagram that the top two Yao are still Yin, cold. The up-rising heat from the earth’s surface meets the cold air, producing the first thunder of a new year. The cold air meets the warm air, and also produces sufficient rainfall. This is the time in a year when the Yang energy of the earth system begins to surpass the Yin energy, and all things arise continuously with this strong and uprising Yang energy.

Unfortunately, humans are living in cities, buildings, houses, apartments, warm and safe, and they are not able to feel this change in Mother Earth’s surface.

But, hibernating animals can feel it. When the warmth reaches their hibernation dens, they feel it and wake up. It is not the thunder that wakes them up but our Mother Earth’s rising warmth. Although kids really enjoy the story of a spring thunder awakening the sleeping animals and awakening the world, logically it does seem like that.

How valuable is this warmth in Mother Earth’s surface? It is like uncountable tons of fertilizer added into the fields. The vegetation is recovering. And it is the best time for the crops to be planted. All things begin a new round of vitality. 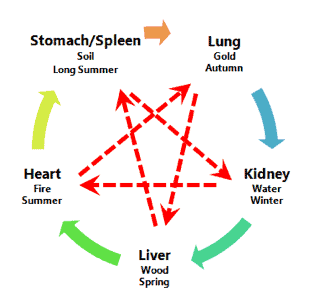 There are no thunders in winter because there is no hot air to meet the cold air in winter. Mother Earth is capable of preserving her energy. If thunderstorms happen in winter, there must be something seriously wrong with our Mother Earth’s body.

What does spring wood do with human health?

“Yellow Emperor’s Inner Canon” states that the liver stores blood and regulates the flow of Qi and mental emotions. Blood, Qi, and emotions! The most essential life elements are mentioned here. Chinese medical scientists call the liver the “traffic police of the human body”. No more vocabulary can better express its importance.

When a human has healthy kidney water and a fluid circulation system, when a human has strong Yang energy and knows how to use the powerful energy, they normally have a soft temper and a healthy liver, and happy life.

But in our real life, there are many friends who are in a bad temper, they are always like burning woods, burning from their inside to outside, and spreading the bad atmosphere around their body to people around them.

Being the “traffic police” of the human body, the liver has the greatest influence on human emotions. When a person encounters accumulated pressures from accidents and contradictions, he can hardly feel happy, as is called Liver Qi Stagnation.

While the liver is supposed to regulate the flow of Qi but instead it gets stagnated by pressures, it hurts itself very deeply. As a result of Liver Qi Stagnation, men may become increasingly addicted to cigarettes and alcohol, dumb or irritable. Women might have irregular menstruation, insomnia, constipation, spots on faces, easy to get angry and fat, and loose hair.

There was an old historical story: Zhou Yu’s Qi was blocked because Zhuge Liang and Zhou vomited blood to die. This Qi is the “Liver Qi” as described by Chinese medicine.

Liver Qi stagnation damages the spleen. If the damage is not resolved in a timely manner, it produces garbage – phlegm, and turbidity.

TCM has an interesting metaphor about tumors in the human body:

Tumor, the Trash Can in a Room?!

Many cancer patients’ condition deteriorated after they learned the truth that “A person is always defeated by his mind, not by the harm the outside world has done to him”.

Each room has a trash can to temporarily store trash. If a room is clean, it is because someone cleaned it and the trash can was emptied in time.

A tumor is like a trash can set up by the body to keep it clean. Healthy people’s bodies are full of upright Yang Qi and can clean up the waste in time. Healthy people give no chance for the tumor to grow, so they are healthy. However, when Yang Qi is insufficient, it lacks the ability to remove the waste out, and the body temporarily stores the waste in “a trash can” to prevent the garbage from entering the blood.

So, in dealing with the tumors, is resection a good choice? Who would think that when there is too much trash in a room, the best way is to throw away the trash can?

Cancer is often found spread already after removing the tumor. TCM thinks: it’s because after throwing away the trash can, the garbage is everywhere in the room.

Remember that modern medicine statistics also tell, 80% of diseases are related to bad psychological habits. That’s what the Liver Qi Stagnation is about.

Traditional Chinese medicine points out that the eyes are the organ that the liver expresses in the five senses. Generally, people with liver disease will have blue eyes. If a child is frightened, blue veins or bruises often appear on the bridge of the nose, which is also related to the liver.

The liver opens up at the eyes. Tears have the function of moisturizing and protecting the eyes. Under normal circumstances, the secretion of tears is moisturized without spilling, but when foreign particles invade the eyes, tears can be secreted in large quantities, which can clean the eyes and eliminate foreign particles. Under pathological conditions, abnormal tear secretion can be seen. Tears are the way for the body to remove harmful chemicals under stress. When people hold back their tears, their bodies will not be able to detoxify naturally, which will eventually affect their immunity, memory, and digestion.

Modern medical research has found that when a person is angry, it can cause arrhythmia, high blood pressure, coronary heart disease, and neurasthenia. These factors can cause liver cell damage. When a person is angry, he breathes up to 40 times per minute, while when he is sad, he breathes only 9 times. This dropping of breathing rate can stabilize the mood. Experienced TCM used sadness as a cure to treat sick people in deep anger.

While the human Yang Qi energy arises from the human abdomen area, where the kidney and the reproductive system are, and climbs alongside the back spine, arrives at the liver, where will it reach and impact next? After winter and spring, which internal organ corresponds to the summer? Please stay with us on our next article coming next week, or visit our book at: 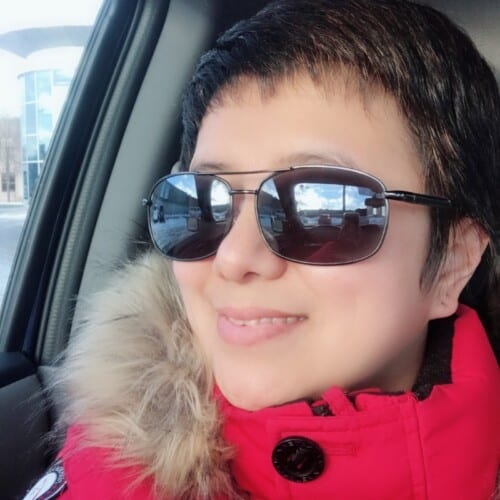