Culture: The Power of the Field

That was the prediction on the first day of my first full-time job in an all-male production department. Well, they didn’t know me. I would certainly prove them wrong! Not only was I the only female in the department but my role in quality control required that I monitor and document their work in an attempt to solve a quality issue. Could I survive in this culture? The environment was intense but we worked together to resolve the issue.

In this environment, the atmosphere was more relaxed but sales targets were aggressive. There was constant pressure to sell more without ‘overspending’ trade promotion dollars. ‘You can’t be overspent!’ One significant firing event prior to my hire date struck fear in the sales force. It changed the way the existing team did business and it influenced how the next generation was mentored. One simple phrase – ‘You can’t be overspent’ – was frozen in the culture and influenced the actions and reactions of people across the organization. When I challenged this belief, it resulted in some intense conversations. Could I survive in this culture? Again, the environment was intense but we worked together to grow the business, despite the fact I was ‘overspent’.

‘What Is Organizational Culture? And Why Should We Care?’ (Michael Watkins, Harvard Business Review, 2013) poses that ‘if you want to provoke a vigorous debate, start a conversation on organizational culture. While there is universal agreement that (1) it exists, and (2) that it plays a crucial role in shaping behaviour in organizations, there is little consensus on what organizational culture actually is, never mind how it influences behaviour and whether it is something leaders can change.’

We often speak of organizational culture with little direction on how to influence it. We tell people the performance we expect. We train people on the desired behaviour. And then we model behaviour that is often neither what is expected or desired.

After a thirty-year career in mid-level management in a corporate environment, I have come to appreciate that despite expending a great deal of energy trying to change the organizational culture, I could be more effective by merely shifting my reactions to this culture. When I change my reactions, the culture changes.

So what is the significance of this shift?

My employer, a multinational food company, was purchased in 2015. It was obvious that ‘culture’ had a significant influence on employees and their performance but there were no tools available to support the merger of three dominant cultures. Out of curiosity, I leveraged my training in Logosynthesis® and reached out to the founder, Dr. Willem Lammers, for mentorship. I now had a tool to help me recognize my reactions to the environment and use them as information to apply a technique to start to resolve perceptual triggers. As a result, I felt calmer. I was better able to focus on my work. And I was able to overdeliver on the new sales targets, which focused on Net Sales Value (NSV) rather than ‘overspends’.

Logoysnthesis® offers an exciting tool to help shift culture. It effectively and efficiently works at the level of energy rather than cognitive thoughts. By recognizing that organizational culture is influenced energetically, learning to resolve the perceptions that trigger thoughts, emotions, and sensations is powerful.

With an openness to this new understanding, the work offers remarkable and profound simplicity. 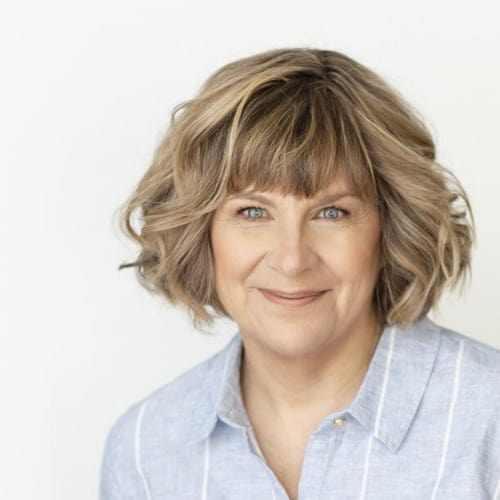 Cathy Caswellhttps://thehealthylivingplan.com/
CATHY guides people to reduce stress, unlock their potential and enjoy life more fully using Logosynthesis. As a dietitian with an MBA, she enjoyed a corporate career in the food industry in production, marketing, and sales. She knows firsthand the benefits of being able to get unstuck from reactive patterns that negatively impact work, health, wealth, and relationships. As a Coach and President of The Healthy Living Plan Inc. and a Master Practitioner and Instructor in Logosynthesis®, she is committed to supporting leaders at all levels. Through online 1-1 coaching and now app-based remote coaching using the Essence Unlock Potential app, Cathy supports people to routinely use this healthy lifestyle practice to achieve their goals. Cathy is the author of Logosynthesis®: Enjoying Life More Fully and Thriving In Our Times: From Reactions To Action Using Logosynthesis®.

Focusing on My Reactions to Clear My Path

Shift the Energy in Beliefs for Healthy Living