Culture is Not Just for Yogurt

MY PROFESSIONAL objective is to transform what business looks like and feels like through an emphasis on culture.  I define a business culture as great when the owner’s highest vision is present in every single interaction and guest touch point. Companies that undertake a

“cultural reboot,” create a business people “love” and where employees joyfully step up their greatness.

I see the responsibility of leadership not only to increase profits but to be able to do so while serving all stakeholders (employees, customers, community, owners) in a way that has them create distinction in the market place, attract and retain the best talent, and capture guest loyalty and move market share from competitors. Shoot for “spellbound” rather than bench marking.

Culture is not training.  It guides the actions, behavior, and thinking in a way training can’t get at.  Every company (family unit) has a culture. You either craft the culture you want or succumb to a default culture.

My background is in “extreme service standards.” I have led some of the most well known hotels in the United States to number one in their competitive set through my inspired teams. There is a purpose to each business greater than the product or service offered.  In that lies the key to where to begin.

Culture rocks, literally, the foundation on which you stand and deliver. 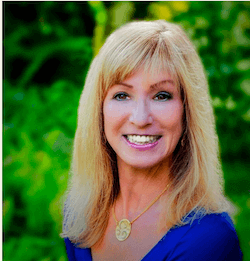 Nanci Shermanhttps://www.nancisherman.com/
Known throughout her career as a game-changer, Nanci was raised in New York City and earned a B.S in Journalism and Communications at the University of Colorado, Boulder. The hotel business soon caught her attention and she caught theirs. Having created and run some of the more iconic hotels and resorts in the country, Nanci learned firsthand what it takes to be the best at what you do, consistently bringing over twenty hotels to the number one spot in their marketplace. She led her last hotel to #2 best hotel in the USA out of 50,000. Windstar Cruises brought Nanci in to rewrite their Standard Operating Procedures, and they won best luxury cruise line in the world the following year. Nanci “evolutionized” the hospitality industry. Her re-imagination of the customer journey creates distinction in any market place. She consulted on leadership and motivation on three continents. Nanci is a Self-Enrichment and Leadership Coach and a Hotel Revolutionary. Her mantra is: To be outstanding, first you must stand out. Change your thoughts, change your outcomes. “Shift” happens!

The Purpose Of Your Life