These discussions may or may not cause people to change their positions on issues, but they can provide a deeper understanding of those issues from differing perspectives. If successful, there is at least an understanding of how and why others’ opinions may differ from mine.

To make laws, regulations, or policies, there needs to be productive debate, compromise, and even collaboration among legislators. This may sound easy enough, but the issues for which laws are made can be difficult and complex. They usually require negotiating the rights of various people. These can be things like immigration, abortion, gun ownership, pandemic regulations, taxation, and social programs. These are issues for which many citizens have deep concerns and opinions because they are, or feel they may be, directly affected by laws governing them.

To have a productive discussion, there needs to be a sense of equality and even unity. We can start with what we have in common. We both care about a problem, even if we have different opinions about how to solve it.

Civility is powerful. It’s not just being polite. It’s finding ways to connect with other people. It’s understanding other people have something of value to say, even if I don’t agree with it. I’ll consider what they have to say because I expect they’ll consider what I have to say. Civility is not easy, especially if one is passionate about the issues being discussed. It’s much easier to dismiss opinions different from our own, but that behavior can deadlock a discussion, a community, a state, and a country. We owe it to ourselves and future generations to listen to each other and to do the hard work of self-government.

Can you imagine how engaging, enlightening, and productive a town hall meeting, a school board meeting, or a debate in Congress would be if everyone were civil? I think our founders did.

Our founders set our democratic experiment in motion in the Constitutional Convention of 1787. It seems we’re failing to achieve their aspirations. We have two major political parties that, along with the news media, social media companies, and ourselves, have turned the important business of self-rule into sports entertainment.

Each of the political parties has developed opposing extreme platforms, with no desire to compromise, collaborate, or solve problems. The parties only endorse and fund candidates who adopt their platforms. The parties aren’t interested in helping candidates find ways to solve problems for the country. They’re interested in attracting donors and voters to their ideologies.

The news media are funded by advertising, and advertising is supported by viewership. To attract viewers, the news media sensationalize everything, including the important business of running our country. They use headlines and short clips taken out of context to get our attention 24 hours a day, regardless of the newsworthiness of their reporting.

The news media have abandoned objective reporting, by choice. To attract and retain an audience, the various news media outlets have divided up the American people by political ideology. So now, rather than getting unbiased news with which to form your own opinion, you must decide through which of the ideological lenses you want to receive the news.

Social media companies are also funded by advertising, but they’re even more culpable than the traditional news outlets. The traditional media attempt to adhere to some form of truth and integrity, even if biased. Social media companies provide a platform to allow anyone to report anything they want, regardless of truthfulness. Worse yet, these companies have developed algorithms that — based on what one posts and reads — recommend similar content and subscribers. The result is worldwide echo chambers in which like-minded people reinforce their own opinions, regardless of truth.

There is also sinister misuse of social media by foreign actors to destabilize our country. By representing themselves as US citizens concerned about the well-being of our country, they post false content with the specific intent to undermine our government and cause hysteria.

Lastly, there are the American people (including members of Congress) who accept all this sensationalized, biased, and false information without questioning its validity and react without civility. We call each other names. We vilify anyone with a different opinion. We attack and retreat into our self-selected echo chambers to rearm ourselves for the next attack.

Where I live in northeastern Connecticut, there is a crumbling foundation problem. The foundations of a significant portion of the single-family homes, condominiums, and apartments built in the early 1980s are falling apart. Some of these structures are literally caving in on themselves. A particular quarry from which stone was used to make concrete contained a mineral called pyrrhotite. When pyrrhotite is exposed to oxygen and water, it reacts with the other minerals in concrete. After 20 to 30 years, the concrete disintegrates. The only fix to save the structure is to lift the building off its foundation, remove the old concrete, and install a new concrete foundation.

Our lack of civility is pyrrhotite to our country. Ben Franklin probably couldn’t have imagined social media or maybe even pyrrhotite in concrete, but I believe it was our potential lack of civility to which he was referring when he said, “You have a republic, if you can keep it.”

Let’s go about keeping it. The only fix to save our country is to reinstall civility in our foundation. 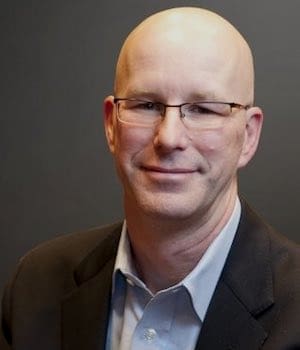 Donald Judsonhttps://einsource.com/
Mr. Judson is an accomplished executive with over 30 years of experience in information technology, finance, operations, and consulting. He brings considerable expertise in information technology (IT) operations, information security, financial reporting systems, profit and loss reporting (P&L), and business strategy. Through his extensive in system, product, and service development, Don offers a strong understanding of innovation processes and frameworks. Don co-founded OpenSky Corporation, an IT professional services firm in 2007. Don and his partners grew OpenSky to a $30 million business in 5 years, earning several Inc. 500 Fast Growth awards. While providing advisory services to OpenSky clients, Don built and managed the finance, human resources, and IT operations for OpenSky. After managing the successful sale of OpenSky to TUV Rheinland in 2014, Don accepted a seat on the board of Nerac Corporation, a global research and advisory firm.  Don also holds a Board seat with TBNG Consulting/Vancord, an IT-managed services provider and IT Security consultancy. Don is also an active advisor to XcellR8, an advisory group that provides entrepreneurs with business guidance and connections to growth capital. Prior to OpenSky, Don managed significant IT and business operations for CIGNA and UnitedHealth Group. At times, Don managed both the IT and business organizations responsible for participant eligibility, group billing, and banking. The service organizations Don directed maintained responsibility for IT systems operations and enhancement. Don also led efforts for new systems acquisition and/or development including a fully automated B2B eligibility platform. Earlier in his career, Don led consulting organizations for Deloitte & Touche, Lucent Technologies/International Network Services, and Resources Global Professionals. These experiences were the basis upon which Don was able to build and oversee the phenomenal growth at OpenSky. Don holds a Bachelor of Science degree in Economics and Management with a minor in Computer Science from Ithaca College.